Six things to watch for in the Alberta budget 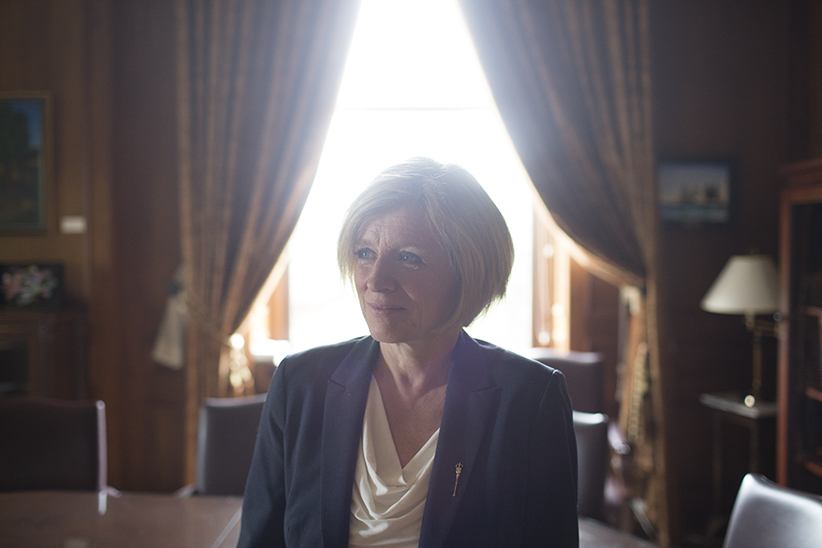 EDMONTON — Here are a few things to watch for in Tuesday’s Alberta budget, the first since the NDP was elected in May:

Low oil prices have stripped billions from one of the Alberta government’s key revenue streams. Finance Minister Joe Ceci has already said the deficit could be just under $6.5 billion and the budget won’t be balance until the 2019-2020 fiscal year, a year later than promised.

RELATED:
Everything you need to know about the Alberta budget: Nowhere has low oil prices hit harder than in Alberta, and the government’s finances in particular.

“Stabilize public services” has been one of the key messages Ceci has used in the lead-up to the budget. Albertans have grown to expect governments to signal deep civil-service cuts when times are tough. Not this time, says the NDP. Ceci says he will avoid “knee-jerk reactions that would result in firing nurses and teachers during these tough economic times” and “make things worse.” He’s less definitive on wage freezes or taking a hard line during contract negotiations. “Those are all things that will be under discussion.”

The NDP has already moved ahead with an increase in the corporate tax rate to 12 per cent from 10 per cent and has hiked income tax rates on those making more than $125,000 a year. The government has ruled out introducing a provincial sales tax and promised during the election campaign not to move ahead with a planned health-care levy and higher fees for vehicle registration, marriage, death and birth certificates and mortgage registration.

4. Money for industries other than oil

“Diversify the economy” has been another one of the government’s key messages heading into the budget. During the campaign, the NDP promised a tax credit for Alberta businesses who invest to create new jobs. The NDP platform also promised to “actively support” alternative energy; high tech and advanced research; film and television production; small brewing; value-added agriculture and food processing.

The government promised during the election to move toward $25-a-day child care and all-day kindergarten as finances permit. It has already announced a tuition freeze for post-secondary students.

The NDP has promised a retrofitting loan program to help families, farms and small businesses reduce energy usage and create jobs in the construction industry.