Despite program cuts, the province can't balance its books 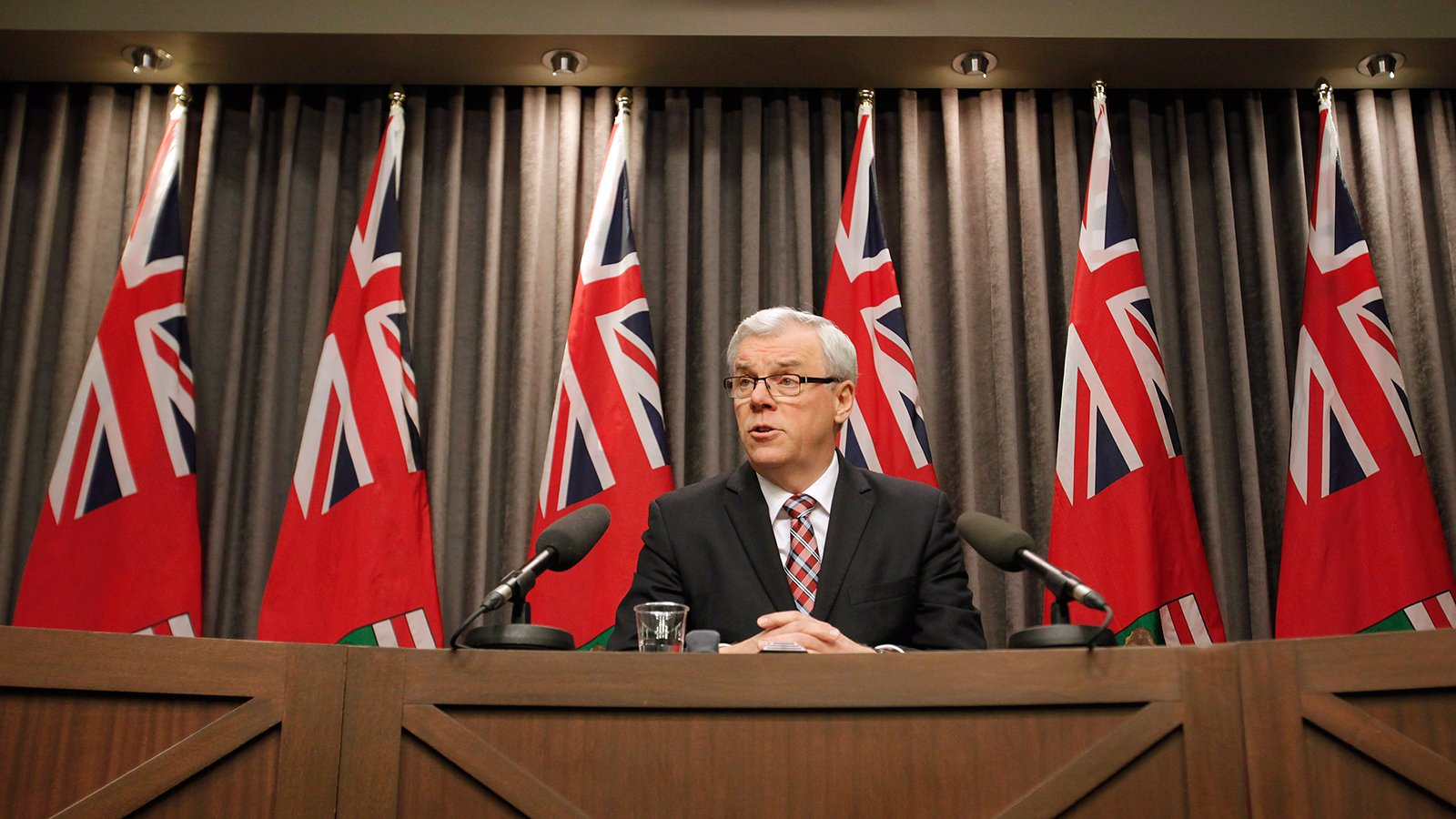 WINNIPEG – Smokers and banks will pay more to help pay for Manitoba’s spending on infrastructure in a deficit budget that borrows heavily from a dwindling rainy-day fund.

The governing NDP has tabled a $15-billion budget that boosts tobacco taxes by $1 a carton and increases the capital tax on financial institutions to six per cent from five per cent.

The budget — which includes a $422-million deficit — also increases tax credits for the caregivers of vulnerable relatives at home and boosts rental assistance for welfare recipients by up to $271 a household.

“Other provinces have taken a different route.”

The budget draws $105 million from Manitoba’s rainy-day fund to pay down debt and support infrastructure spending. That leaves $115 million in a bank account that boasted $864 million in 2009.

That will be replenished at some point “as the economy grows,” said Dewar, a longtime backbencher who took over the portfolio last fall after a partial caucus revolt against Premier Greg Selinger.

The fiscal blueprint promises $1 billion in infrastructure spending as part of a five-year stimulus plan that was announced when the government raised the provincial sales tax in 2013.

The budget includes modest spending increases in health care and education. It records the latest in a string of deficits as the province delays balancing the books until 2019 — four years later than originally promised.

Dewar disagreed with Statistics Canada’s assessment that Manitoba’s economy grew by 1.1 per cent last year, saying the province is “on track to have the strongest economy in Canada.”

But that’s not enough to balance the books in the near future, he said.

“We’re starting to see good numbers now and we’re anticipating that we shall return to surplus as long as we continue to spend less than we do coming in.”

The government has come under harsh criticism from the Progressive Conservatives for hiking taxes and not focusing aggressively enough on belt-tightening.

Thursday’s budget comes as the NDP tries to leave behind the turmoil caused by internal discontent that led to a leadership race in March which Selinger won by 33 votes. The premier’s top five cabinet ministers resigned last year after calling for his resignation in light of plummeting opinion polls following the provincial sales tax increase.

A few highlights from Manitoba’s budget:

— Tobacco taxes going up by $1 a carton.

— Corporation capital tax on banks and other financial institutions rises to 6 per cent from 5 per cent.

— Rental assistance for welfare recipients increases to $271 per household.

— A deficit of $422 million, virtually unchanged from last year.

— A $105-million draw down of the province’s rainy day fund to pay off debt and invest in infrastructure.

Primary caregivers: Get a boosted tax credit for caring for vulnerable relatives at home.

Welfare recipients and low-income earners: Get an increase in rental assistance tied to market values.

Film production companies: Get an extension of a tax credit due to expire next year.

Small businesses: More of them will qualify for a venture capital tax credit.

Roads and bridges: More of them will be repaired as the government rolls out its five-year spending plan.

Smokers: Will have to pay another $1 in taxes on a carton of cigarettes.

Banks: Corporation capital tax is going up to six per cent from five per cent.

Rainy-day fund: Will have dwindled to $115 million after $105 million taken out to pay down debt and fund infrastructure. The fund contained $864 million in 2009.

Black ink: Budget posts a $422-million deficit, virtually unchanged from last year, and puts off balancing the books until 2019.