SNC-Lavalin's demise would not be the calamity its defenders claim

Jen Gerson: Its contracts wouldn't disappear. Its valued employees would still be valued. And the work just might go to companies that haven't been accused of corruption 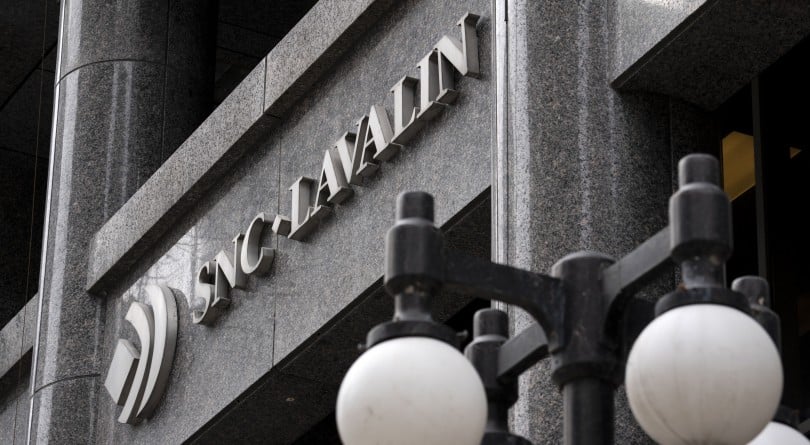 Every once in a while, the Gods of algorithm and layout betray a wicked sense of humour. One such moment happened upon the mobile front page of National Newswatch—a Canadian politics aggregator—about a week ago.

One headline, grabbed from the New York Times‘ Nicholas Kristof, read: “Thank God for Canada! Our boring neighbour is a moral leader of the free world.” This is the sort of thing Canadians take great pleasure in reading about ourselves. But above that headline read this one: “PMO Pressed Wilson-Raybould to Abandon Prosecution of SNC-Lavalin.”

I cannot fault Mr. Kristof, really. We, too, often fall prey to this assumption; that a combination of our relative smallness, insularity, good intentions and politeness make us less vulnerable to corruption, rather than more so.

The story, which first broke in the Globe and Mail, revealed that SNC-Lavalin, a corporate crown jewel of Montreal and Quebec, aggressively and publicly lobbied the Liberal government to drop criminal charges of corruption in favour of a deferred prosecution agreement (DPA). SNC hired pillars of the central Canadian backroom elite who, by all accounts, did a remarkable job for the company.

DPAs didn’t exist in Canada until late last year, when the option was slipped into legislation via a massive omnibus budget bill; SNC was to be the first company to take advantage of the option, thus avoiding a costly, lengthy criminal proceeding over bribery allegations in Libya that might have rendered it unable to bid for billions in government contracts had they been convicted.

RELATED: The incredible miscalculation by Trudeau and co.

The DPA, then, was a matter of existential importance to a very important, and politically well-connected company—a company so notoriously well connected that it recently had to return more than $100,000 in illegal donations to, uh, the Liberals.

Unfortunately for SNC, the independent public prosecutor decided against the DPA, ruling it was inappropriate in this case—a position SNC is now trying to appeal.

Lest anyone accuse this Prairie writer of Quebec-bashing or cruelty, let me state that I am not instinctively opposed to a DPA, which, we are told, would likely spare the jobs of 9,000 innocent SNC employees in Canada and many thousands more abroad.

After all, those employees aren’t all concentrated in one region. SNC has offices across the country and the world, and I don’t relish the prospect of anyone losing his or her job.

However, I think this argument for the DPA misses some very crucial points.

If SNC were to be to barred from bidding for government contracts tomorrow, the contracts themselves do not similarly vanish.

If a road needs to be built, that road will still need to be built regardless of who is left to bid on it. The work would still exist. There are roughly 30 major construction and civil engineering firms in Canada. We do not lack engineering talent. Absent SNC, either new firms of this nature will form, or existing firms will likely expand to meet the opportunity for work.

In such a scenario, the experience and contacts of those 9,000 SNC employees would be in very high demand. It’s hard to picture an outcome in which so many highly trained, highly educated and experienced professionals in a country eager for their work wind up roaming the streets selling pencil stubs from tins.

What I can imagine is a scenario in which SNC’s collapse would lead to several small or medium-sized firms from around the country in a much stronger position to compete for government work. Ripping a near-monopoly from any single firm would create a government that is much more resilient in the future to the kind of political chicanery that is being alleged in this case—regardless of whether that government is Liberal, Conservative, NDP or Green.

In other words, the collapse of SNC would actually incentivize the success of Canadian firms that aren’t, uh, blacklisted by the World Bank.

Perhaps the collapse of SNC might redirect work to companies that were not quite so well connected to the central Canadian political establishment, perish the thought.

Companies that have managed to get ahead without allegedly bribing a Libyan dictator’s son. Companies in which former CEOs have not recently pled guilty to bribing a public servant in connection to the construction of a $1.3-billion hospital in Montreal.

(Lest anyone operate under the delusion that SNC’s history of bad behaviour was a necessary evil of working in a corrupt regime like Libya. According to La Presse, another gem regarding the repair of the Jacques Cartier Bridge is still coming down the pipe. Ironically, the victim of this company’s history of perfidy has most often been the province now most eager to defend it.)

RELATED: The case for—and problem with—remediation deals like the one SNC-Lavalin wants

“But wait!” the committed SNC defender adds: “What about the pensioners so deeply invested in SNC? Its innocent shareholders, suppliers and creditors? What about the existing SNC projects that taxpayers would be on the hook for?”

You mean, the shareholders, suppliers, and creditors who chose to remain invested in the company despite years of scandals? And the governments that continued, and continue, to award them contracts using our cash? Though I think some extra legal protections should exist for blameless pensioners in these cases, God forbid anyone who profited off this company be required to suffer a negative consequence for their decision.

To these concerns I will meanly point out that major companies go out of business all the time, often for more blameless reasons than allegations of corruption. Their shareholders, suppliers, creditors and customers lose money when this happens. That is how capitalism works.

This is the point that true socialists so often seem to omit when they talk about eating the rich; that a free market is, at its heart, a trade of risk for wealth. If we excise the risk side of that equation—by creating a company that is too big to fail for psychological, political or economic reasons—all we’re left with is a guarantee of easy money for the “right” people, free of consequences for bad actions.

The system itself is corrupted beyond anything that good PR, DPAs or internal corporate governance reform can repair. Citizen, taxpayer and politician alike wind up implicated in the financial and ethical compromises that will be required to ensure a private behemoth’s survival.

This is not necessarily an argument for letting SNC fail. I have no ill will toward the company, and can understand a degree of affection for it. I even respect the company’s commitment to reform of its corporate governance and management.

This is merely a reminder that there is a fiscal and moral cost to enforcing a status quo that, like so much cash stuffed into manila envelopes, seems to get lost too easily in the margins.