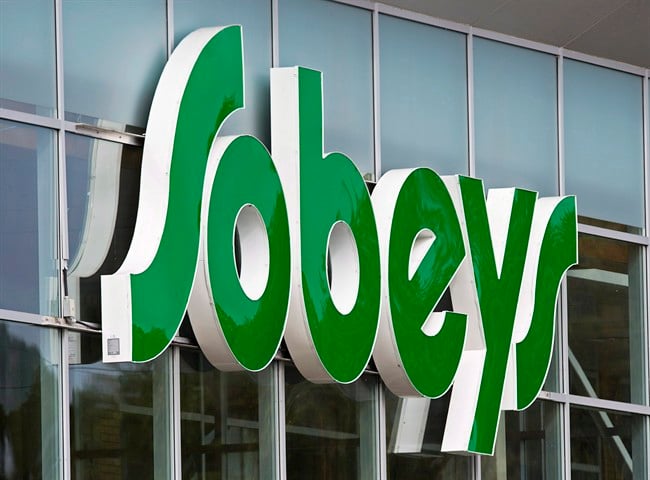 A Sobeys grocery store is seen in Halifax on Thursday, Sept. 11, 2014. One of Canada’s largest grocery store chains says it intends to withdraw an appeal of a human rights decision that found a Sobeys employee discriminated against a black customer—but a group of 19 churches in Nova Scotia says the move doesn’t go far enough. THE CANADIAN PRESS/Andrew Vaughan

HALIFAX – One of Canada’s largest grocery store chains says it intends to withdraw an appeal of a human rights decision that found a Sobeys employee discriminated against a black customer — but a group of 19 churches in Nova Scotia says the move doesn’t go far enough.

“They want to cut a cheque, they want to withdraw the appeal and say ‘bye bye’ and have no admittance of their wrongdoing,” said Rev. Lennett Anderson of the African United Baptist Association of Nova Scotia.

A Nova Scotia Human Rights Commission independent board of inquiry determined last year that staff at a store in Tantallon, N.S., discriminated against Andrella David in May 2009 after falsely accusing her of being a repeat shoplifter.

Sobeys appealed that decision, sparking protests from the black community and even prompting Nova Scotia’s first black lieutenant-governor Mayann Francis to speak out — saying she has been the victim of racial profiling while shopping.

Sobeys declined an interview request, but in a short email statement Tuesday, spokeswoman Shauna Selig said the company expects to finalize a resolution “shortly” that will include the withdrawal of the appeal.

But Anderson said withdrawing the appeal is not enough, as David and the black community in general deserve an apology.

Anderson said his association voted over the weekend to boycott Sobeys until it apologizes and acknowledges that the issue of racial profiling is widespread.

“We made it very clear to our delegation that we would only boycott until such a time as Sobeys acknowledges the problem of racial discrimination. They have yet to say it exists. There’s almost a denial, as if this is in my head,” said Anderson in a phone interview on Tuesday.

In April, an independent board of inquiry ruled that David would receive $21,000 from the company. It said Sobeys must provide commission-approved training for its employees on racial profiling and discriminating based on race.

It also ordered Sobeys to issue a written apology to David acknowledging that the actions of Sobeys were “discriminatory and inappropriate.”

No such apology has been issued, said Anderson.

“We, as a society, need to call Sobeys into account for their non-compliance and seemingly callous dismissal of our concerns,” said Anderson.

The commission said if a ruling in a decision is not fulfilled, the board chair can reconvene the parties to ensure that the rulings are completed and if there is resistance, either the complainant or the commission itself can take the matter to the Supreme Court. There was no time frame for an apology included in David’s decision.

David’s case is not an isolated incident, said Anderson. He said he’s heard from an array of black Nova Scotians from across the province who have experienced similar racial profiling incidents while shopping, including a woman employed by the RCMP and a priest.

A 2012 research study by the Nova Scotia Human Rights Commission identified the negative experiences of shoppers from visible minority groups as a significant problem throughout the province that is disproportionately affecting visible minority shoppers, the commission said in a news release Tuesday.

The commission would not comment on the David case Tuesday, but added that it is working with retailers to deliver education materials and training to their employees to raise awareness of this issue and the harms caused by consumer racial profiling.