Are anti-fluoridation activists coming to your town?

Windsor is the latest city to cave to anti-fluoride activists. And it won't be the last. 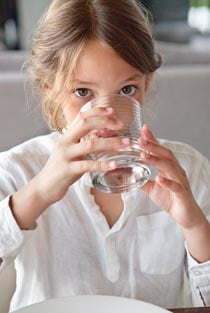 It was an all too familiar scene. In late January, city councillors in Windsor, Ont., gathered to vote on whether or not to remove fluoride from the municipal water system. Health experts, including Canada’s chief dental officer, Peter Cooney, had descended on the town with stacks of evidence about the benefits of fluoridation as a harmless, cost-effective way to prevent tooth decay. Meanwhile a much more vocal, angrier crowd of activists railed against the decades-old health policy as paternalistic and dangerous. The debate raged into the night, but for those who have followed the mounting backlash against fluoride in Canada in recent years, the ending was all but guaranteed. And like that, Windsor’s local politicians became the latest to bow to pressure from the anti-fluoride lobby, voting to scrap the practice starting in April.

For scientists and health officials, the decision was a blow. “We’re not talking about a new subject here, this is a well-accepted public health intervention,” says Allen Heimann, the medical officer for Windsor-Essex County. But it could hardly have been unexpected. Since 2005, more than 30 communities have voted to do away with fluoridation, including Calgary, Waterloo, Ont., Slave Lake, Alta., and Quebec City. During this same period, the share of the Canadian population with access to fluoridated water has fallen to 32.5 per cent, down from 43 per cent, according to the Ontario-based Environmental Training Institute, which trains municipal waterworks operators across Canada.

Those in Windsor who opposed fluoride rehashed many of the same arguments put forth in other cities—that the additive is harmful to the teeth and bones of children, citing studies that link fluoride to kidney disease and lowered IQs. These claims have been dismissed by the Canadian Dental Association, the World Health Organization and Health Canada. The U.S. Centers for Disease Control hails water fluoridation as one of the 10 great public health achievements of the 20th century.

Yet in the face of such a complex issue, municipal governments have tended to side not with the experts being helicoptered in for council hearings, but with motivated local voters who inundate them with phone calls, petitions and their own stacks of evidence sourced from the Internet.

In many ways the rise of the grassroots anti-fluoride movement is similar to the anti-vaccine lobby, which has campaigned hard against the practice of vaccinating children on the grounds it causes autism. Those opposed to fluoride are equally organized and determined, driven by the belief that the medical establishment is ignoring recent research. “The professional association is so used to saying it’s safe and effective and when the truth comes out, they still say it’s safe and effective,” said Robert J. Fleming, president of the grassroots group Canadians Opposed to Fluoridation. “What’s wrong with that scientific picture? It’s very clear, it’s propaganda.”

Anti-fluoride activists show no signs of letting up. A group calling itself Fluoride-Free Ottawa has formed in the nation’s capital, with members hosting biweekly meetings, writing letters to the city and reaching out to the public via leaflets, advertisements and YouTube. Residents of Sudbury, Ont., may face a referendum on the matter in 2014, according to the mayor. And councillors in the city of Cornwall, Ont., came close to voting on fluoridation last month, though they’ve deferred the decision for now.

Not all cities do away with fluoridation, of course. Last last year Red Deer, Alta., opted to keep it in place. The issue had once again flared up there after Calgary voted to get rid of fluoride in 2011. During his nine years in office, Red Deer Mayor Morris Flewwelling has seen the treatment contested several times. He says he’s both “proud and sad” to report his council spent almost two years and $75,000 reviewing mountains of paperwork and listening to hours of testimony. “I think we looked at Calgary and we felt their process was hurried and flawed,” he says.

In Red Deer both sides presented experts and research, but the relatively small group of 50 championing the anti-fluoridation cause was by far the most outspoken. And, Flewwelling admits, if the vote had happened a few months earlier, the outcome would have been very different. That’s because health experts only mobilized once they realized “alarmist” activists appeared to be winning. “To do nothing would mean that any public body like a city council would have to bow to the overwhelming public sentiment,” he says. And that, he warns, is what is likely to happen as the movement ensnares other municipalities.