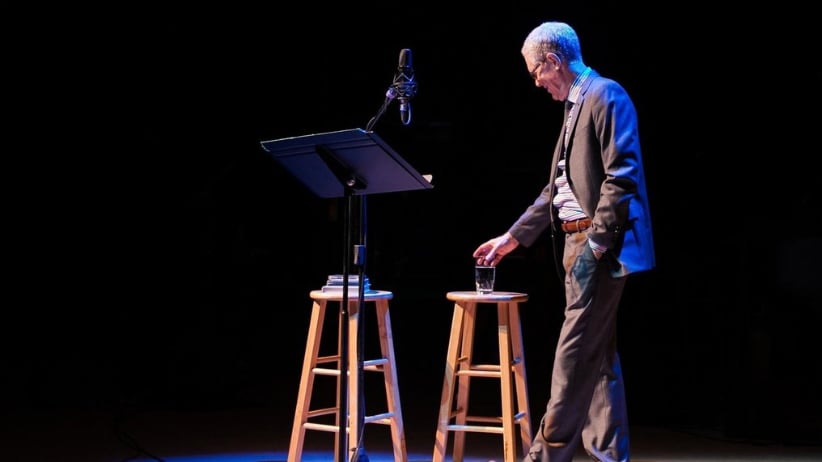 On Wednesday, Canadian radio legend Stuart McLean, passed away at the age of 68. McLean was best known across the country as the host of CBC Radio’s The Vinyl Café, and for his homespun, upbeat story-telling.

Sook-Yin Lee, the Canadian actor and former host of the CBC show Definitely Not the Opera, remembered her friend in a note to Maclean’s, from the set of an upcoming film.

“Stuart Mclean was the first to welcome me when I came to the CBC years ago. We lived a couple blocks away from each other. Two things that are very Stuart to me. Once we ran into one another and he was so excited to share a yoga move that helped his backache that he got down on the floor of a busy restaurant and showed me. Another time, Stuart and I saw one another across a bustling cafe. He was a distance away. He scrunched his napkin in a ball and gestured that he would throw and aim it for my empty coffee mug. Of course he was being silly, it was impossible. Stuart tossed the crumpled napkin and it arched through the air, over heads, and landed inside my mug. Stuart was a magical being.”