Sorry Americans, you're just not our type

Thinking of moving to Canada to escape President Trump? Odds are you're not educated, young or employable enough to get in. 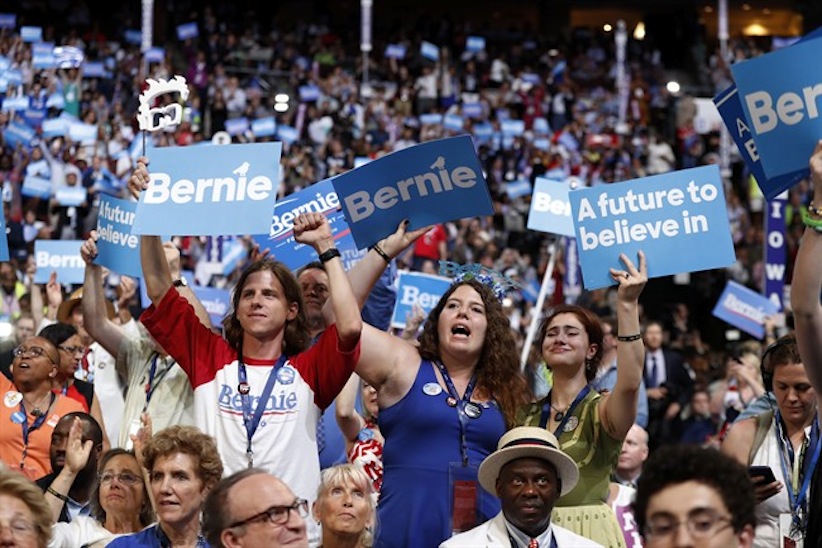 We don’t want you here. Well, not most of your lot.

We’re a rather liberal populace, and we’ve been watching the narrowing presidential race with the same anxiety and disbelief as many of you. Canada, like your country, has never elected a dangerously unqualified demagogue either—and put in a similar situation, many of us might go shopping for a new country as well.

But for those of you thinking of moving to Canada as your Plan B, we’re sorry.

We really like newcomers, generally speaking. Canada takes in 250,000 annually, and this year has welcomed Syrian refugees by the planeload (or, as your Republican nominee says, by the Trojan horse load). But we can be a picky lot, and most of you need not apply.

The median American adult is about in his or her mid-40s, and has not completed a college degree. Based on the criteria to enter the country as an economic immigrant—that is, not as a refugee or a Canadian’s relative—those are two strikes against you. If you are not applying to migrate with a Canadian job already lined up in a field where there’s a domestic skills shortage, that’s more or less strike three.

In 2015, Canada opened an express-entry qualification system, with an average processing time of six months before a permanent residency is approved. It’s based on a point system. Maclean’s tested how that typical 46-year-old American would fare if he or she never finished college, but has been working steadily for several years. That person gets 114 points out of 1,200. You won’t have a chance without a point score well in the 400s, says Zool Suleman, a Vancouver-based immigration lawyer.

“That median American is not going to qualify to immigrate to Canada,” he says.

Yes, the less educated and older Americans tend to vote Trump, so perhaps Average Joe from Ohio isn’t the representative sample of the Canada-minded.

But with some exceptions, it’s hard for most people to qualify for quick passage into Canada. And if Citizenship and Immigration Canada does find you a suitable candidate into the Fraternity of the Moose-Antlered Hoser, you may have to wait until well into a President Trump’s first term to get safe passage. “Claiming you’re a ‘Trump refugee’ isn’t going to work,” Suleman says. “Instant qualification isn’t going to work. Everything takes time. Americans might be surprised to discover how hard it is to become a Canadian immigrant.”

To Canada’s immigration authority, the more degrees you have the better (a bachelor’s degree is worth four times the 30 points for a high school diploma). Officials favour the young with decades of taxpaying years ahead of them (105 points if you’re 30, six if you’re 44). Experience in a highly skilled profession like management, medicine or engineering bodes well, as does a trade like welding, drywalling or carpentry—lower-level positions like oil-field worker, truck driver or cleaner won’t count in most cases. If you’ve already secured a job that it’s proven Canadians weren’t likely to fill gives you a bonus of 600 points, your best hope for a get-out-of-Trumpland card.

But here’s the encouraging news from friendly Canada: we tend to favour you Yankees over overseas migrants. There are some fast-track permits for some professions under the North American Free Trade Agreement—before your next president shreds that accord—and proficiency in English is a tremendous boon in our points system. There are other continental preferences as well for Americans, whose qualifications are viewed much more equitably with Canadian qualifications. “Their jobs, their universities are not so heavily scrutinized by immigration officers,” says Michael Niren, an immigration lawyer in Toronto.

Don’t be discouraged that Americans only make up three or four per cent of Canada’s new permanent residents every year; 8,496 Americans earned their laminated Maple Leaf in 2014, compared to 40,035 people from Philippines and 38,341 from India. Lawyers say that’s because of lack of current demand, compared to other countries without as high a standard of living.

Here’s a guide to how certain classes of the Trump-phobic might fare in their attempts to immigrate to the land of single-payer health care, gun control and one fairly decent Major League Baseball team.

Unless you want to marry one of that draft dodger’s friends, good luck. You can’t be an economic immigrant unless you plan to contribute to the economy. Even trying to get in as a family-class migrant takes time: a spouse or common-law partner living outside Canada would take 14 months to get the go-ahead, according to processing times listed on a federal website. Besides, Americans don’t retire to chilly Canada; go south, maybe become an illegal immigrant to Mexico, where Trump won’t bother you.

The 27-year-old Bernie Sanders fan from Oakland with a political science degree and two years experience checking out books at Barnes and Noble:

Age: good. Degree: right on. But without strong work experience in a profession or trade, there’s little hope for that Bernie bro or Sanders sis. A much easier route would be applying for a student visa and obtaining further university education, Niren says. Canada is actively recruiting foreign students, and getting one’s Converse sneaker into the door can lead to domestic work opportunities and a path to stay.

The 34-year-old lawyer from Cleveland:

You can qualify for a work visa through NAFTA, and you’ll also have to go through an assessment process and bar exams. But be warned about the chill you’ll face. “One of the toughest parts of moving from an American firm to a Canadian firm is watching your bi-weekly deposit drop nearly in half,” says a post on Above the Law. (Though it does note lower living costs in major Canadian cities.) And consider this: swing states like Ohio will need the help of passionate Democratic professionals like you in 2020!

The well-off commodities trader from a Midwest city with two degrees, married and with two college-aged children, who is interested in setting up his own trading business in Canada:

If this sounds specific, that’s because Suleman got a call from this person this week, who’s “very much afraid of a Trump victory” and wanted to explore his options. This candidate would tick many boxes on the points list, and if a province can prioritize him as a provincial nominee, he can move in 2017, the Vancouver lawyer says. But nothing is certain, and delays are common; this commodities trader might not qualify to immigrate, Suleman says. He might recommend this American come up as a student as well, perhaps get an M.B.A.—a $30,000 investment in education may be more secure than bidding to spend much more on starting up a business in a new country.