Soul searching in order for Manitoba NDP after election loss 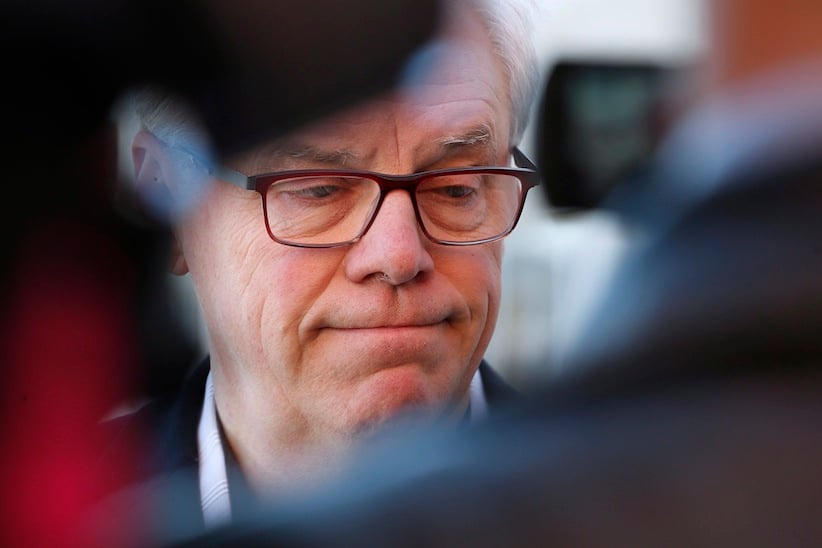 WINNIPEG — The pundits, the pollsters and even rebels within Greg Selinger’s NDP caucus warned that Tuesday night’s sweeping election loss might happen.

Voter anger over Selinger’s 2013 sales tax hike never faded and attempts to warm voters to Selinger through a series of campaign ads didn’t appear to work.

For Selinger, who announced Tuesday night he is stepping down as party leader, the immediate aftermath of the election was no time to reflect on what went wrong.

“But tonight is really the night for me to honour the people who participated … and given everything to the people of Manitoba.”

Selinger’s personal approval rating was always behind that of the party. So it struck some political analysts as curious when NDP campaign ads focused on the premier.

The party’s campaign manager, Jeremy Read, said modern politics is leadership-focused. He said winning the election was always going to be an uphill battle for a party that had been in power since 1999.

“We were going for our fifth term, we were fighting a number of dynamics … and I think we were also fighting a lot of (desire for) change.”

Some of Selinger’s candidates echoed that sentiment — Healthy Living Minister Deanne Crothers and Children and Youth Opportunities Minister Melanie Wight said voters were in the mood for something different after so many years of NDP rule.

The NDP had been low in opinion polls since the sales tax hike, and a rebellion by five cabinet ministers in 2014 didn’t help. They went public with demands for Selinger to resign, warning that the party was headed for electoral annihilation.

Selinger barely survived the coup, and now that he is leaving the party helm, NDP officials will meet to plan a leadership vote, likely next spring.

Among the possible leadership candidates are Steve Ashton, a longtime cabinet minister who finished third in the leadership race last year that was prompted by the rebellion. Andrew Swan, who ran against Selinger in 2009, joined the 2014 rebellion and was re-elected in his constituency Tuesday, may also throw his hat in the ring.