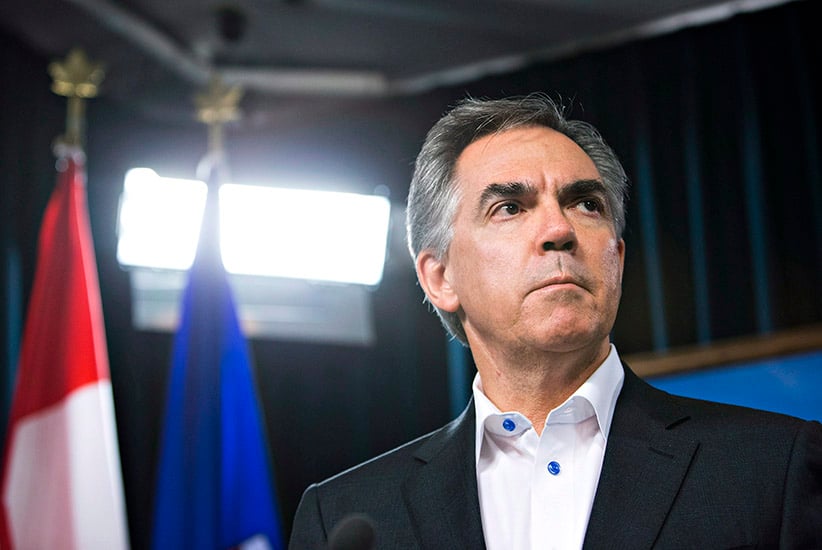 CALGARY — A state memorial service will be held in Calgary today for former Alberta premier Jim Prentice, who was killed in a plane crash earlier this month in British Columbia.

Prentice, who was 60, and three other men were killed when a twin-engine Cessna Citation crashed shortly after takeoff from the Kelowna airport on Oct. 13.

A wide range of federal and provincial politicians, as well as business colleagues of Prentice, are expected to attend the service which will include comments from former prime minister Stephen Harper.

“It will be a celebration and tribute to the life of Jim Prentice and what he contributed to both Alberta and Canada,” said family friend Jason Hatcher.

“We are going to have a number of tributes by folks that worked with Jim but also became close friends of he and Karen.”

Prentice, a former cabinet minister under Harper, had stepped aside from public life before entering provincial politics to take over the leadership of the Alberta Progressive Conservative Party.

His final foray in the public arena as Alberta premier lasted about eight months and, in May 2015, led to the toppling of a PC party that had governed Alberta for more than four decades.

“Jim was a man who truly followed his convictions. He felt the call to serve for every success that he had in his own life. He saw that as an obligation to give back,” said Hatcher.

“He had a strong sense of self and what was right and was prepared to stand up on those principles even if they weren’t always popular or easy. That is something that I think transcended his personal, his private and ultimately his public life and contributions.”

Hatcher said the family has received terrific support from both the Alberta and federal governments.

“The family is very humbled and very appreciative a state memorial is being held,” he said.

Also killed in the crash were optometrist Ken Gellatly, the father-in-law of one of Prentice’s daughters, Calgary businessman Sheldon Reid and former RCMP officer Jim Kruk, who was the pilot of the aircraft.

The cause of the crash is still under investigation.