The Highwood River may be tranquil, but everyday life has yet to return to normal 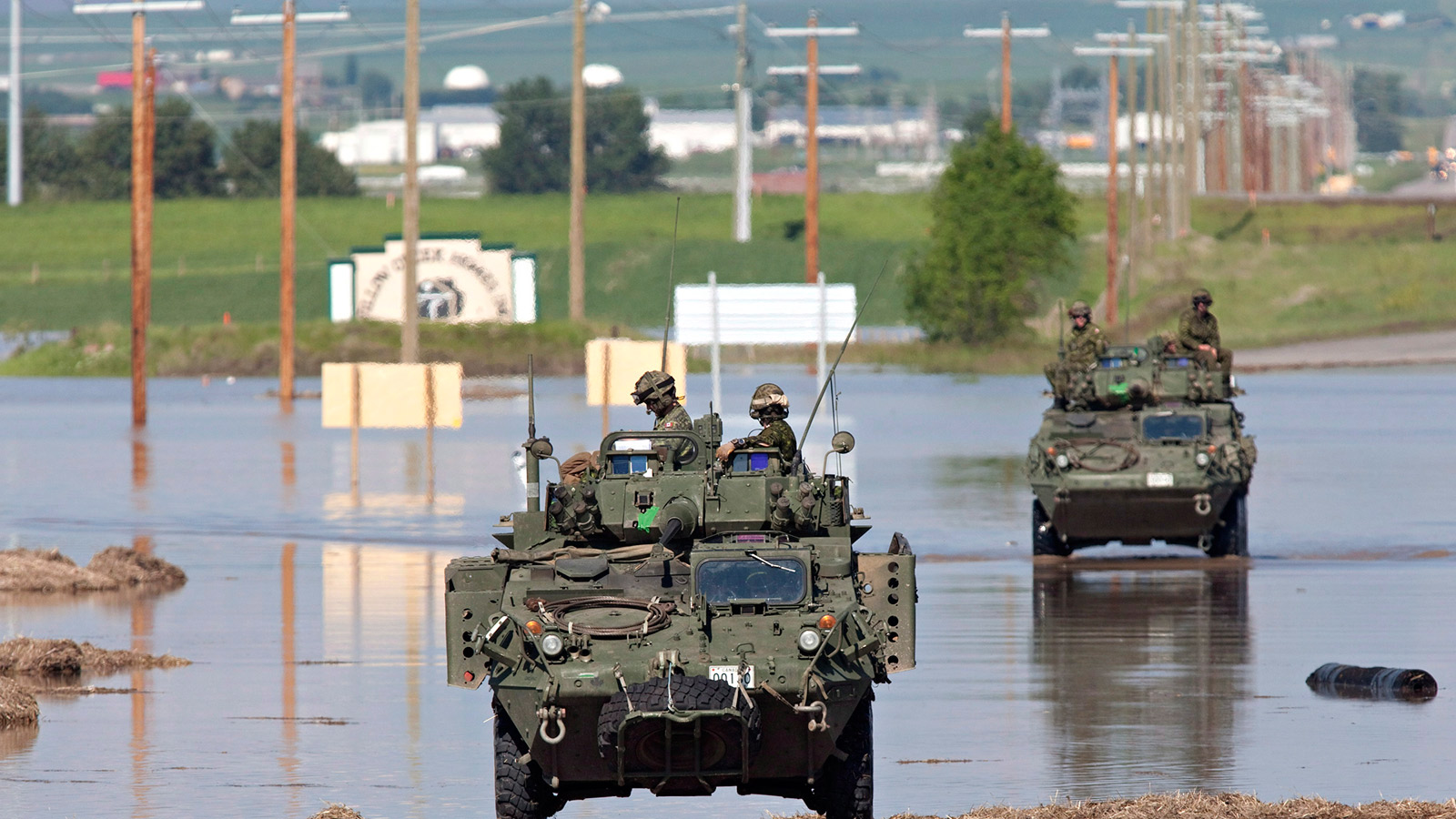 A soundtrack of scraping backhoes and rumbling trucks punctuates the air in High River, Alta., in the days leading up to the one-year anniversary of the devastating Highwood River flood. The town is building dikes and repairing canals at a furious pace, completing work that would usually take years in just months. Mayor Craig Snodgrass says the town is prepared.

Still, as the June 20 anniversary approaches, tensions are high. Residents can’t forget the worst flood in the province’s history, when the usually tranquil Highwood overflowed its banks, prompting a mandatory evacuation and destroying homes and businesses. Two High River residents drowned. Hundreds were rescued by boat, tractor and even helicopter. “Everybody is nervous, without a doubt, going through this, and I’m no different,” says Snodgrass. “Even though I know the stats, and how low a chance there is of this coming, no one wants to go through it again.”

Danielle Smith, the Alberta Opposition leader who is also the MLA for the town and a resident, describes High River as having two realities. “There are those who weren’t damaged at all—or had a good experience dealing with insurance—who have recovered and gone back to normal, and there are those who are still in a position where they’re displaced,” she says. Those who are in the second camp are exhausted by the process.

Without a proper census, it’s hard to put an accurate number on the displaced. The community had 13,000 residents before the flood and the town’s best estimate is that between 1,000 and 1,500 people remain displaced. Approximately 170 residents still live in Saddlebrook, a community of temporary trailers north of town.

Alberta then and now: Photos of the recovery, one year later

Ron Schmidt is one of the residents for whom things are starting to get back to normal. His outlook is markedly different from when Maclean’s spoke to him and his wife, Carla, last October. At that time, their house and home-based barbershop were destroyed. The couple was living in a friend’s cabin out of town, along with two adult daughters—both of whom have Down’s syndrome. The government’s disaster recovery program, or DRP, initially offered the Schmidts $48,000 for both the home and the business—not even close to the minimum of $164,000 it would cost to rebuild. After the Schmidts’ story was published in Maclean’s, and by other media, the government offered them $193,000. They knocked down what was left of their 100-year-old heritage home and put the money toward half a duplex.

Ron Schmidt counts himself among the lucky ones. While business at his barbershop is down, at least he’s operating, while other downtown businesses remain shuttered. “I’m very optimistic that this town is going to be a beautiful town,” he says.

West of Schmidt’s barbershop, in Beachwood, a neighbourhood that sits on the flood plain, the province has offered 31 homeowners buyouts. So far, 22 have accepted. If residents don’t take a buyout by the Sept. 30 deadline, they won’t be offered government assistance in the event of future flooding. Starting this fall, what was once an affluent neighbourhood will slowly become a ghost town, as families move out. Eventually, their homes will be demolished.

In other neighbourhoods, residents would welcome such a buyout. “I thought ‘disaster recovery program,’ reading the title, was actually going to help people recover from the flood,” says High River resident Bruce Bolton, who is one of 216 residents currently appealing their DRP settlement. “It has been nothing but a fight from the start.”

Bolton’s 1,300-sq.-foot bungalow—the entire basement and two feet on the main floor—sat submerged in stagnant flood and sewage water for 25 days. Today, there is mould on the ceiling, cracks in the foundation and one corner of the floor has heaved up almost three-quarters of an inch. He estimates it will cost at least $250,000 to make the home livable. Of that, the Bolton family was offered $83,000.

Bolton and his wife are renting another home in town, where they live with their teenage son and three foster children. Another teenage son with autism lives in a care home and visits on weekends. The insurance money that was covering the rent just ran out. Meanwhile, the Boltons continue to make mortgage payments on an uninhabitable home and have applied to the DRP for rent coverage. Without that money, bankruptcy is a real possibility. “The absolute worst-case scenario is that we’d have to walk away,” Bolton says. His best hope now is a settlement in a class-action lawsuit against the government by about 30 area homeowners, which has been ordered to arbitration. Until then, all the Boltons can do is wait and hope.

Video from the archives: Families in High River in October 2013

Video from the archives: Waiting out the High River flood

Correction: An earlier version of this article incorrectly referred to the Alberta government’s disaster response program. It is the disaster recovery program. As well, the story indicated that one person died in High River as a result of the flooding. In fact, two people died.