In 2009, Paul Wells put forward plenty of ways to fix QP and help the country 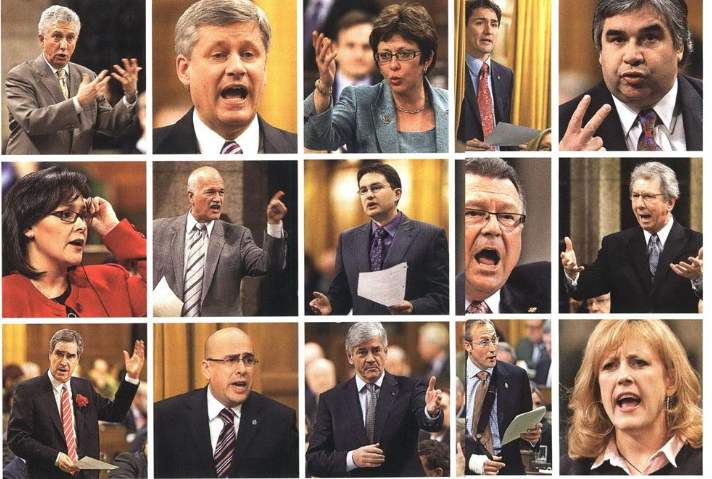 We are not an awful people, but we have an awful politics. How’d that happen? Any chance we can make it better?

We are not an awful people, and we don’t elect unworthy representatives. This doesn’t get said often enough, but your members of Parliament are good people. They are decent men and women who upend quiet lives, endure the indignity of electoral campaigns, leave their loved ones at home and jet weekly to Ottawa. They bring big hearts and steady purpose. They want nothing better than to help their constituents.

Then they get here and bray like jackasses for an hour every day. They hurl vile calumnies, unleavened by wit, across the centre aisle of the Commons. They’re shocked when the other side does the same. In the galleries above, strong men and schoolchildren avert their gaze.

Recent highlights have included an afternoon spent debating whether Pierre Poilievre, the government’s utility infielder, was right to describe carbon taxation as a “tar baby.” On another day, opposition members called 22 times for Finance Minister Jim Flaherty to be fired. Probably after, oh I don’t know, the 15th time they could have moved on. A few days before that, the Liberals got tired of baseless Conservative accusations that they’re planning to raise taxes, so the Liberals decided it was their turn to accuse the Conservatives of planning to raise taxes. Also without any basis in truth.

Nor is this daily wallow an accident. It is meticulously planned and rehearsed by hundreds of politicians and their staffers across the parliamentary precinct. They rise before dawn to pore over the headlines and plot the day’s stratagems. Opposition members start bidding at breakfast for a part in the show. Government members meet over lunch to rehearse their evasions and their outrage.

Question period isn’t the root of what ails our politics. But it is most certainly the hub, the swamp, the KICK ME HERE sign where everything we hate about our politics converges every day. The half-truths, the confected fury, the mayfly attention span, the ritual humiliation of the thoughtful or eccentric. And above all, the waste: of time, energy, hope.

So what say we fix it?

This is easier said than done. Most MPs are superstitious about changing question period because they are afraid of giving somebody else an advantage. So sweeping reform is out of the question. But maybe we could inch our way toward sanity, the way we inched our way into this mess, with a series of apparently minor decisions. Anywhere but in Ottawa, my suggested changes would seem small indeed. Together I think they could change the culture of Ottawa. And not a moment too soon.

Here’s a fun experiment: the next time you’re arguing with your spouse, use a stopwatch and forbid everyone from speaking longer than 35 seconds. No, wait. Bad idea. It won’t end well.

The rigid enforcement of the 35-second limit is a relic of the ’90s, when the advent of Reform and the Bloc Québécois produced a five-party Commons. More parties meant less time for everyone in the daily circus. But since 2003 there have been only four parties. That should give everybody more time.

2. Don’t let them cover for one another. Did you know that in the U.K. the prime minister is only expected to show up for one question time a week? True story: prime minister’s questions, or PMQ, happen only once a week in London, on Wednesdays for half an hour. It used to be twice a week, for 15 minutes each, but Tony Blair consolidated it into one session in 1997.

Hard to believe. Harder still to imagine anyone agreeing to such a set-up in Canada. But the advantages are obvious for everyone.

Let’s say we agreed that Canada’s prime minister would only be needed for one question period a week. And let’s split the rest of the week up, so economic ministers would face questions on another set day, and social policy ministers on another, and foreign, defence and trade ministers on yet another.

Suddenly it’s a lot harder for the government to give the opposition the familiar run-around. Questions would have to be taken by the responsible minister because nobody else would be there. Putting only the PM on the griddle, or only a few of his ministers on any day, would spread the scrutiny around. It would allow more issues to be discussed in a week. It would let the PM get out of the Commons, where he could spend more time visiting the rest of this enormous country—or even travel abroad.

True, the opposition could no longer use one hapless minister as a pinata for months on end. And the government couldn’t have one hyperactive utility player (hi there, Pierre Poilievre) stonewall every question while the rest of the cabinet snoozes.

3. GET QP OUT OF THE WAY. With more time for each question and answer, and with the scrutiny spread more evenly among the PM and his assorted ministers, question period would already be more useful and less lurid. But it still looms too large in the parliamentary day. It still draws too much energy away from productive work.

I can hear the objections already. Too much energy? How can you say that? It’s the ultimate accountability mechanism! The one chance opposition MPs have to get some information out of the government.

Of course this is nonsense. First, if question period ever was our system’s only accountability mechanism, those days are long gone. Access-to-information legislation and the Internet have done more to open up government than a bunch of theatrical posturing in the Commons ever could. Second, to the extent that question period distracts from those other mechanisms—and from the legislative process in general—it hinders their proper operation.

The time devoted to “QP prep” in every party is time that can’t be devoted to anything else. Because it bisects the workday, it swallows the whole day: parliamentarians work until 2 p.m. to get ready for the horrible spectacle, then the remaining time after 3 trying to recover.

So schedule question period for first thing in the day, usually 10 a.m. Suddenly everyone has four fewer hours to get ready for the carnival, and four more hours to recover from it and move on to something else.

Taken together, these three simple changes conspire to turn the temperature down on Parliament’s most overheated hour. If the prime minister doesn’t have to be there every day, he’ll have more time for the rest of his duties. If the spotlight is shared along the whole front bench, problems won’t fester unexamined until they become crises. If everyone has more time to think like adults, they might act like it. And if the whole thing is over before lunch, everyone can spend the afternoon thinking about something else.

Now I’ll let you in on a secret. I’ve been pitching these changes as simple ways to improve the way politicians do their jobs. But I hope they’ll help us reporters pick up our game, too.

Staffing cuts at most newspapers and TV networks have left too many well-meaning reporters frazzled and unable to concentrate on complex stories that evolve slowly. Far easier to report on confrontation and accusation, which need no context or explanation. Far easier to take the video feed from question period, where you can always count on somebody to shout and point. If we lower the temperature of the daily circus and tuck it out of the way, then just maybe reporters will be forced to cover other stories.

And if they don’t? Then cut out the middleman. MPs should give the Speaker’s office the trivial budget allotment it would need to ensure that every debate, every committee meeting, every news conference in the Hill precinct’s two press theatres is covered by webcam, so any citizen who wants to watch any part of the parliamentary day can see it for himself. Some people complain that the problem with question period is that it’s on television. But since there’s no chance of taking those cameras away, the solution is more cameras, watching every part of Parliament, accessible by anyone who cares.

Taken together, these reforms would begin to drain the swamp in the middle of Canadian democracy. Can we make these changes? Not in mid-session. Everyone’s too afraid of change. But if parties came forward with their plans for reform now, and promised to implement them if elected, a new election could bring a mandate for change.

But first of all, a few brave souls in Parliament need to admit what’s obvious to the rest of us. Question period is broken. It poisons the rest of the day and our democracy with it. We’re not protecting accountability by preserving this charade. We’re mocking it.