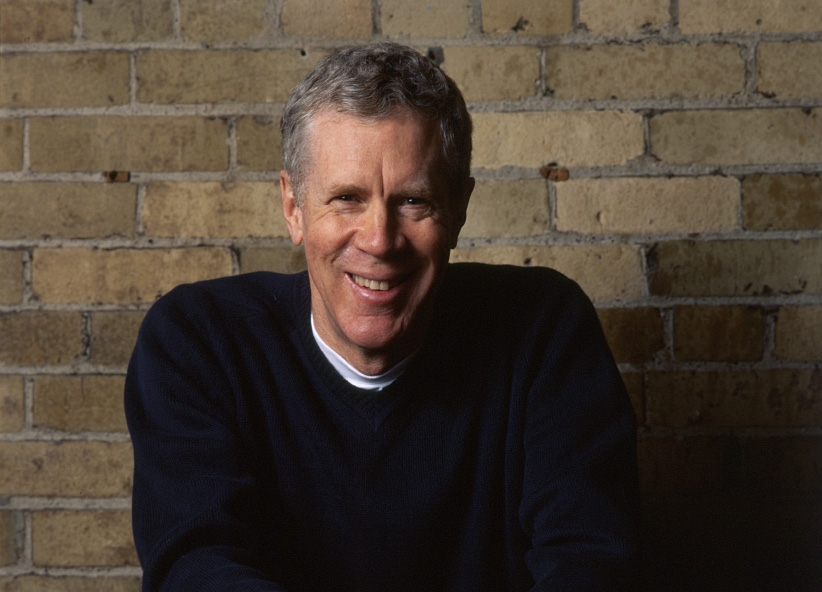 Stuart McLean, a bestselling author, journalist and humorist who was “firmly committed to celebrating the positive, joyful and funny side of life” through his popular CBC Radio program “The Vinyl Cafe,” has died. He was 68.

His death was confirmed by the CBC.

“We were deeply saddened to learn that Stuart McLean passed away earlier today. Stuart was an exceptional storyteller who has left an indelible mark on CBC Radio and countless communities across Canada,” reads a statement from Susan Marjetti, executive director of radio and audio for CBC English Services.

In December, McLean announced he was suspending the long-running program to focus on treatment for melanoma, which he was diagnosed with in late 2015. He said his first round of immunotherapy treatment that winter was not completely successful and he needed to undergo another round this year.

“The Vinyl Cafe” radio show, which featured a mix of stories, essays and musical performances, was spun off into bestselling books and became a touring production in 2008. The show’s stories centred on Dave, the owner of a secondhand record store, and also featured Dave’s wife, Morley, their two children, Sam and Stephanie, and various friends and neighbours.

“Every week for 22 years, Stuart connected with his listeners in a way that few before him have. His Dave and Morley stories were as entertaining as they were enlightening; they made us pause, reflect, but most of all laugh along together,” said Marjetti.

A posting on the official “Vinyl Cafe” website said the staff behind the show were “finding comfort in memories of our dear friend.”

“Stuart always emphasized that the world is a good place, full of good people, trying to do their best. He believed in people’s extraordinary capacity for love and generosity. And he had faith in our ability to work together for the common good,” the message reads.

“Stuart connected us — to our country and to each other. He entertained us, he made us think, he made us smile. Occasionally he made us cry. And, through all of that, he reminded us that life is made up of small moments. We never know which ones will be forgotten and which ones will stay with us forever.”

McLean had been upbeat about his cancer setback and told fans in an online message posted in December that he expected to return to work.

“I don’t want you to worry about me. A year ago I told you that I expected this to be just a bump in the road, not the end of the road. I still believe that to be true. I hope we will meet up again — on the radio or in theatres. We’ll make sure to tell you before that happens,” McLean wrote.

“In the meantime, look after yourselves and each other. And know that this isn’t goodbye. It’s just … so long for now.”

The CBC said a public tribute would be announced at a later date.

McLean was an officer of the Order of Canada and a professor emeritus at Ryerson University in Toronto.

On Twitter, comedian Mark Critch of the CBC show “This Hour Has 22 Minutes” paid tribute to McLean.

“I wrote several #stuartMaclean parodies for ’22.’ They were easy to write because I was such a fan of his work. I’ll miss his Canada,” Critch tweeted.

Musician Donovan Woods tweeted: “So sad to hear of Stuart McLean’s passing. ‘Vinyl Cafe’ played one of my songs once & when I heard HIS voice say my name I nearly passed out.”