Ontario government says it's on track to eliminate a $5.7-billion deficit in next fiscal year 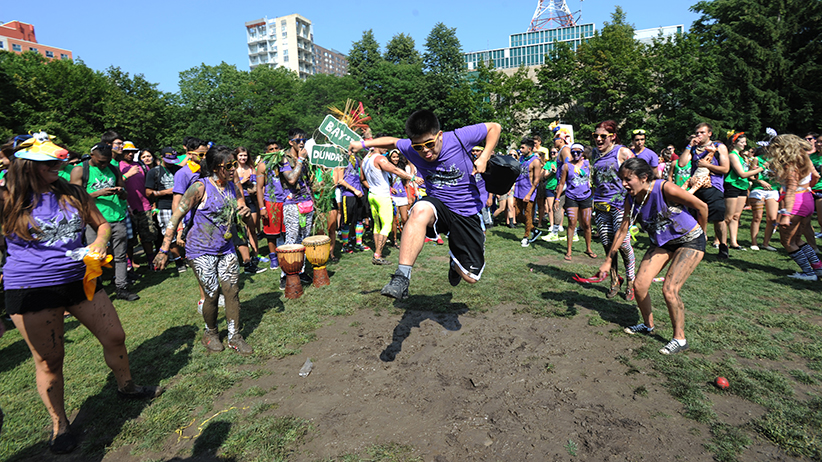 TORONTO — University and college will soon be free for low-income students in Ontario, but prices are going up on wine, tobacco, gasoline and heating for most homeowners.

The Liberal government says it’s on track to eliminate a $5.7-billion deficit in the next budget largely thanks to managing program spending and fighting the underground economy, but it is hesitant to acknowledge that the partial privatization of Hydro One and a new carbon pricing system are major factors contributing to that goal.

The showcase pledge in the government’s 2016-17 budget — its ninth consecutive in the red — is to introduce an Ontario Student Grant that would entirely pay for average college or university tuition for students from families with incomes of $50,000 or less.

Under the new program, half of students from families with incomes of $83,000 will qualify for non-repayable grants for tuition and no student will receive less than they can currently receive.

The new grant combines existing programs, and Finance Minister Charles Sousa said he hopes the new one will come at no additional cost to government.

Taxes on cigarettes are rising $3 per carton and wine prices will also rise. The minimum price for a bottle will increase to $7.95 over the next three years.

There will also be a series of increases in the Liquor Control Board of Ontario’s markup on wine, starting with a two percentage point hike in June — about 10 cents a bottle — followed by another two points in 2017 and 2018, and a one-point hike in 2019.

There will also be annual increases of about 10 cents in the tax on international-blend wines sold in privately owned wine stores, increasing from 16.1 cents to 20.1 cents over four years.

As the government’s new cap-and-trade program — designed to lower Ontario’s greenhouse gas emissions — comes into effect next year, the price of gasoline is expected to rise 4.3 cents a litre and residential natural gas bills will increase $5.

“We can all of us have a choice,” he said. “We can turn our back and let the low-carbon economy go by, it will cost us even more, or we can embrace it and find innovations in the system to enable us to succeed and compete.”

The carbon-pricing scheme is now projected to generate $1.9 billion in revenue next year, up from $1.3 billion estimated a few months ago, based on a price of about $18 per tonne.

The cap is expected to decline 4.17 per cent each year to 2020, putting increasing pressure on industry to meet emissions targets, and, critics say, increasing costs to consumers.

Revenue from cap and trade will be dedicated to green initiatives, the government says, but the Opposition believes it will be used to fund the Liberals’ political whims.

“My worry is that we’re going to see the government taking advantage of the good will the public has on wanting to combat climate change as simply a revenue grab,” said Progressive Conservative Leader Patrick Brown.

The deficit is projected to shrink to $4.3 billion in this fiscal year.

The debt, however, continues to swell to over $308 billion this year representing about $22,000 per Ontarian. And despite low interest rates, spending on interest on the debt —$11.8 billion this year and growing to $13.1 billion in 2018-19 — is growing twice as quickly as any program spending area.

Program spending is growing at an average annual rate of 1.9 per cent over the next few years.

The $30 fee for Drive Clean vehicle emissions tests will be eliminated, but not the tests themselves, as motorists have urged.

In health care, hospital funding is increasing by $345 million, $130 million will be spent on cancer-care services and an additional $75 million is being earmarked for community-based residential hospices and palliative care.

The Tories say the increase to hospital funding is not enough to make up for new patient growth or inflation, let alone making up for four years of frozen hospital budgets.

As well, the government says it will spend $333 million over five years on autism services, including expanding early intervention services.

But starting Aug. 1, the threshold to qualify for the low-income seniors’ benefit is rising, the annual deductible under the Ontario Drug Benefit is nearly doubling, from $100 to $170, and the prescription co-payment is rising one dollar.

“There’s been no consultation, no warning and for seniors budgeting on fixed incomes, which most are, this is a huge new cost,” she said.