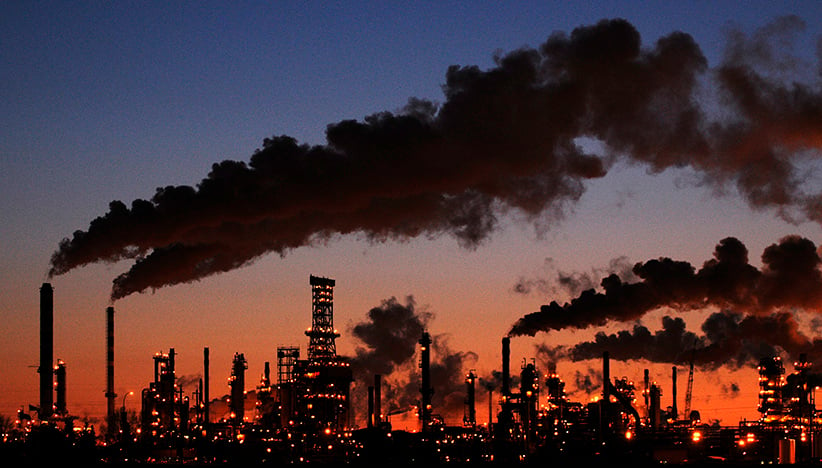 OTTAWA – A comprehensive measure of Canada’s national wealth shows it has been stagnant for decades and is too heavily dependent on housing and oil and gas, says a groundbreaking national report by the International Institute for Sustainable Development.

MORE: Canada’s economy is hostage to the housing bubble

“What goes up tomorrow will come down again. If you’re looking at what are the long-term trajectories to build Canada’s wealth, we’re saying we need to move on this (low-carbon) transition now.”

Income inequality has become a subject of fierce debate in recent years, with some observers insisting Canada has not experienced the same economic polarization seen elsewhere, particularly in the United States.

The IISD looked at Statistics Canada data from 1980 to 2013 and determined that Canada’s “human capital” quotient — which represents 80 per cent of the country’s comprehensive wealth — flatlined over those three decades, even as educational credentials rose. The lifetime earnings value of the Canadian workforce did not increase at all during those three decades, once inflation and population growth were taken into account.

Produced capital, by contrast, climbed a robust 1.68 per cent a year on average — but 70 per cent of the growth was concentrated in two sectors, housing and oil and gas extraction.

Physical depletion and changing markets, meanwhile, meant Canada’s natural capital — representing the value of “minerals, fossil fuels, timber and agricultural land per person” — fell 25 per cent between 1980 and 2013 (a measure taken even before the steep fall in world oil prices wiped billions of dollars of value from Alberta’s oilpatch.)

The overall picture, said report author and statistician Robert Smith, is that Canada started with enormous natural capital but has been losing ground relative to other G7 members and other developed countries for years.

“Large endowments of natural capital are a massive gift — but apparently they’re in some ways a bit of an albatross, as well, in the sense that they seem to be correlated with slower growth elsewhere” in the national economy, said Smith, who said Australia is facing the same situation.

It’s an uncomfortable thesis for a federal Liberal government that is currently setting out to sell Canadians on pipeline expansion on the premise that those increased oil exports will benefit the whole country.

What’s really at issue is the value of gross domestic product, or GDP, as an indicator of overall national wealth.

The metric, first inspired by the need to measure Second World War economic production, was described earlier this year by William Robson of the C.D. Howe Institute as “so 20th century.”

Rising GDP is good for the whole country, Smith said Thursday; “nobody’s going to argue with that.”

“Yeah, it’s great that resources are there to be exploited. But we’ve got to keep our eye on that comprehensive wealth bottom line and make sure that it’s growing along with GDP. The story in the report is that it hasn’t been growing at the same rhythm as GDP — nothing even close to the same rhythm, actually.”

Governments need to examine whether they are getting enough rents from oil and gas development, said Vaughan, and how to use those revenues in the difficult policy fields of human capital. They include education, innovation, infrastructure and productivity gains — the kinds of headache-inducing policy areas that have bedevilled Canadian governments for two decades.

With the global community committed to a low-carbon future, the comprehensive wealth report highlights the vulnerability of the country’s dependence on fossil fuels driving GDP.

“Unless Canada makes those investments in the human capital to make that bridge, we’re going to be left behind — and then this imbalance we’ve seen will only increase,” said Vaughan.