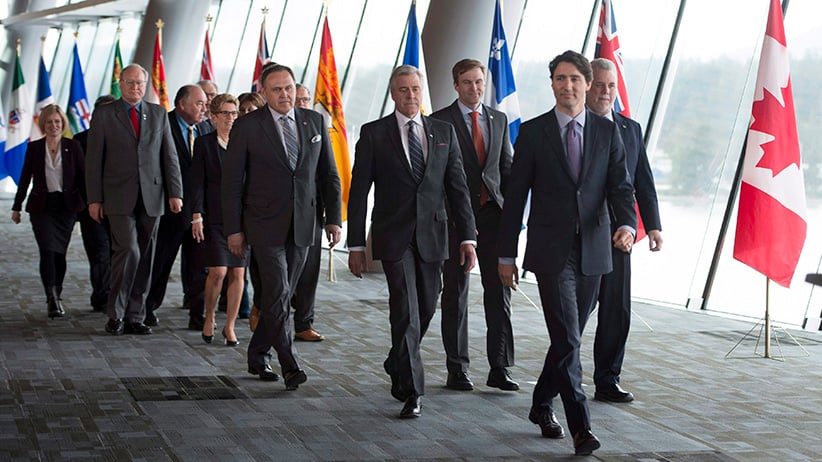 OTTAWA – A new report suggests the federal government’s offer on health funding to the provinces doesn’t provide enough cash to help them keep up services in the coming years.

The study, to be released Monday by a University of Ottawa think tank, follows months of bitter federal-provincial talks over health funding.

On one side, the Trudeau government says it has put forward a “historic” offer with the potential to transform health care in Canada.

On the other side, five provinces — representing more than 90 per cent of the country’s population — argue the federal offer is inadequate and threatens their ability to maintain health services at current levels.

The analysis Monday by the Institute of Fiscal Studies and Democracy, which explores health-spending numbers and projections for Ontario, agrees that the federal offer falls short for all provinces.

The report estimates the federal offer amounts to average annual funding increases of about 3.7 per cent over the next decade.

In comparison, it predicts Ontario’s health-care costs to rise by an average of 5.1 per cent annually between 2016 and 2018, due to factors such as the aging population. Beyond 2018, it expects the province’s health expenditures to expand between 4.5 and five per cent average per year.

The report considers Ontario as a conservative case-study choice because, as the most-populous province, its per-capita health costs are among the lowest in the country.

“Regardless of the forecasts used, the health-care cost drivers are very real,” reads the report by Randall Bartlett, chief economist at the institute, which is directed by former parliamentary budget officer Kevin Page.

The annual growth in federal health funding transfers is set to drop in April to three per cent per year — down from the six per cent increase in place for over a decade.

Face-to-face negotiations toward establishing a new national funding framework collapsed in late December when health and finance ministers from across the federation rejected the federal offer at a meeting in Ottawa.

At the time, the provinces declared the federal proposal — to increase transfers by 3.5 per cent per year and $11.5 billion for the targeted areas of home care and mental health over 10 years — simply wasn’t enough.

The remaining five provinces — Ontario, Quebec, British Columbia, Alberta and Manitoba — have made repeated calls for Prime Minister Justin Trudeau to meet face to face with the premiers to resume negotiations.

These provinces have called for an annual increase in federal health dollars of 5.2 per cent, a number they based on research by the parliamentary budget office and The Conference Board of Canada.

Philpott has said she wanted to transform the system, describing the country’s health-care outcomes as average compared to similar countries even though Canadians pay some of the highest per-capita costs in the world.

Ottawa has suggested the provinces, which are responsible for health-care delivery under the Constitution, of channelling federal transfers into their general revenues.

Data released in December by the Canadian Institute for Health Information said health spending by all the provinces combined grew by less than three per cent annually between 2012-13 and 2014-15.

The organization also forecasted the provinces only increased total health spending by about 2.3 per cent in 2015-16 and again in 2016-17.

Monday’s report found the growth in health-care spending has varied considerably for Ontario and at the national level. Periods of restraint have been followed by periods of investment, it said.

While provinces and territories have contained their health costs considerably in recent years, the report said a notable portion of the savings came from delayed investments by governments.

“This is a recipe for increased expenditures in the future and is not sustainable over the long term,” said the report, which recommended the provinces and Ottawa return to the bargaining table.