Here's what happened Aug. 16 on the campaign trail 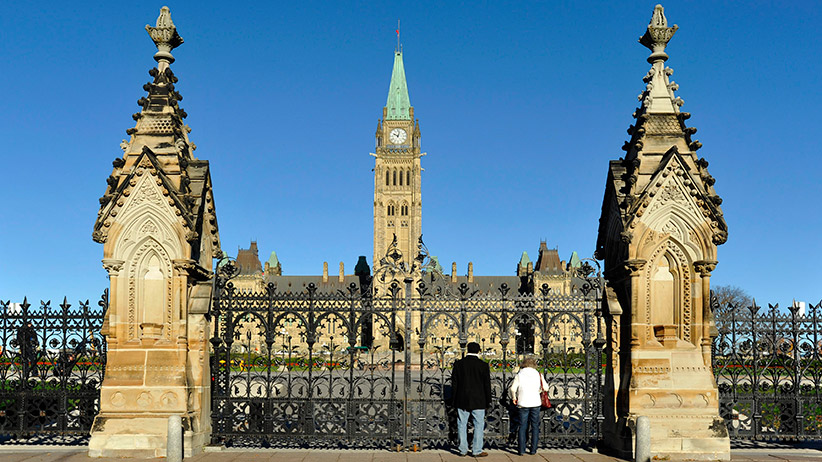 Five developments in the federal election campaign on Sunday.

1. Conservative Leader Stephen Harper faced questions once again Sunday about the Duffy affair. He was also criticized on the Senate scandal issue by his opponents, some of whom demanded he fire staffers who were allegedly aware of a repayment plan for the senator’s expenses. Harper started the day at a hardware store in Ottawa’s west end, where he promoted his party’s big-ticket campaign pledge to make a once-temporary home-renovation tax credit permanent. He held another event in downtown Ottawa before heading to Atlantic Canada for events in Amherst, N.S., and Fredericton.

2. New Democrat Leader Tom Mulcair campaigned in Montreal and attended the city’s Pride parade. He criticized Harper for not being there, calling it a shame that he “systematically stays away” from gay pride parades across Canada. Mulcair was also asked about May’s announcement Sunday that former NDP MP Jose Nunez-Melo had decided to run for the Greens in a new Montreal-area riding. Montreal’s La Presse newspaper reported this month that Nunez-Melo got into a dispute with the party over the nomination in the new district. The report said Nunez-Melo alleged party brass blocked him from running. Mulcair disputed the accusation, saying Nunez-Melo informed the party in a letter that he didn’t accept the rules. “And the party said, ‘Fine, you’re not a candidate,’ ” he told reporters.

3. Liberal Leader Justin Trudeau, who also attended Montreal’s Pride parade, sent an open letter to Harper to demand he explain himself over alleged contradictions and inconsistencies in his statements about the Duffy affair, and those of some of his cabinet ministers. He accused Harper of continuing to ignore questions about the issue and to explain why staffers, who were allegedly aware of the Duffy repayment scheme, were running his re-election campaign.

4. Green Party Leader Elizabeth May said the addition of Nunez-Melo gave her party three candidates who sat as MPs in the last Parliament, which was dissolved earlier this month. May, also in Montreal for Pride, said she was “over the moon” to have him on her team, insisting she and Nunez-Melo weren’t in the same party but had the “same spirit.” Nunez-Melo was elected to the House of Commons in 2011 as one of dozens of NDP candidates who won seats across Quebec.

5. Bloc Québécois Leader Gilles Duceppe accused Harper of doing nothing for the rights of people in the gay, lesbian, bisexual and transgender community. He accused the Tory leader of having a “completely outdated mentality.” Duceppe, who also campaigned at the Pride parade, claimed it’s an approach seen in places like Russia, China and Africa. Duceppe recommended Harper look to the United States, where he says there has been progress.