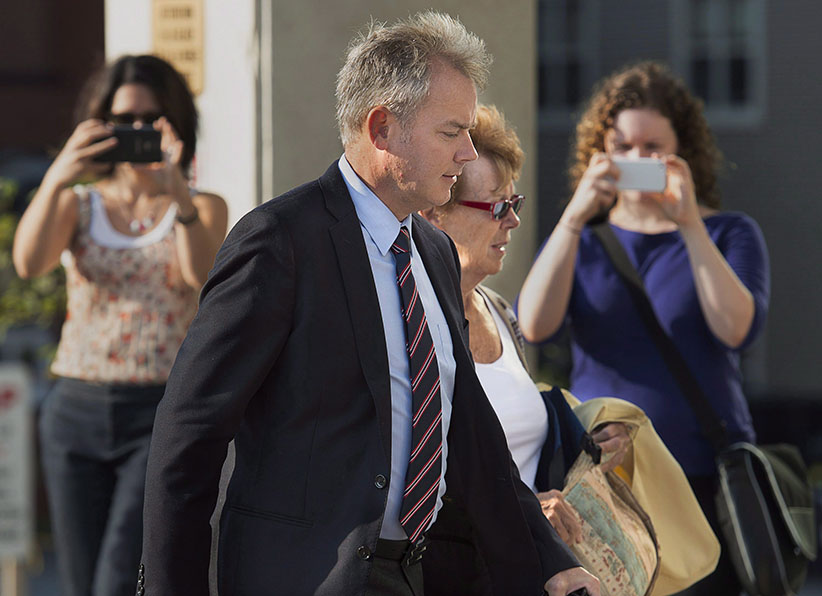 OTTAWA — Canada’s highest court will hear arguments on Halloween on whether Dennis Oland should be released from prison while he appeals his conviction in the death of his father.

The Supreme Court of Canada set the case for Oct. 31, about two weeks after Oland is due to go before the New Brunswick court of appeal to challenge his conviction for second-degree murder.

Bill Teed, a lawyer for Oland’s family, said Wednesday they are “very happy that leave to appeal was granted” but offered no further comment.

Oland’s lawyers had asked for an expedited decision on his bail application after he was convicted of killing his father, millionaire businessman Richard Oland. The younger Oland had asked the New Brunswick courts to grant him bail while the appeal is being prepared, but his request was rejected.

No person convicted of murder has ever been granted bail in New Brunswick.

His attorneys have argued that there is a lack of clear guidance from the Supreme Court of Canada as to when to grant bail pending appeal, and the Oland case gives the top court a chance to clarify. Their application to the court said the case could help “define the liberty interests of all convicted persons in custody awaiting an appeal.”

Alan Gold, Oland’s lawyer, has said the case will be the first of its kind to be heard by the court, which hasn’t considered a bail review for someone convicted of murder.

The high court agreed last month to hear the arguments, but as is standard practice did not give any reasons for the decision.

At the time, Oland’s mother and wife said it was welcome news.

“Our feelings are what any family would experience in our situation. We are obviously very emotional,” reads a statement sent by Teed on behalf of Connie and Lisa Oland.

“We hope this decision brings us a step closer to Dennis regaining his freedom. Dennis’ absence these last few months has been incredibly difficult, and has compounded the loss and anguish our family has suffered since Dick’s murder.”

The former investment adviser was sentenced in February to life in prison without chance of parole for 10 years. Richard Oland was found dead in his Saint John office in July 2011, the victim of a beating during which he suffered 45 blows to his head, neck and hands.

The appeal is scheduled to begin Oct. 18.

The Olands are an establishment family in the history of the Maritimes, having founded Moosehead Breweries, although Richard Oland left the family business in 1981.