As it stands, the Criminal Code provisions prohibiting doctor-assisted death will cease to exist next month 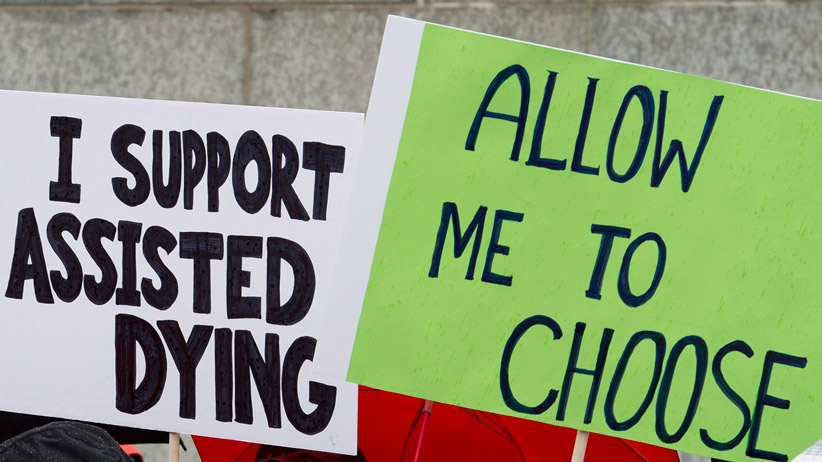 OTTAWA — More time is needed to respond to the Supreme Court of Canada’s landmark ruling on doctor-assisted death, a lawyer representing the federal government told the court at a hearing on Monday.

Robert Frater, counsel for the attorney general, said the federal government needs a six-month extended window to provide a comprehensive response to the judgment.

As it stands, the Criminal Code provisions prohibiting doctor-assisted death will cease to exist next month after they were deemed unconstitutional by the court last winter.

The court recognized the right of consenting adults enduring intolerable physical or mental suffering to end their lives with a physician’s help.

It also suspended its decision for one year to allow Parliament and provincial legislatures to respond, should they choose, by bringing in legislation consistent with constitutional limits it set out.

Six months is not a long time in terms of the democratic process, Frater noted, saying extensive work by Parliament and provincial legislatures cannot reasonably be completed by February.

Frater also highlighted the complexities of the case.

“Parliament can choose to do any number of things,” he told the court.

“I think the government has been quite clear that it is trying to be open to all options. The difficulty in this case is that the issues are so enormous and so complex … it is a new Parliament, they have to grapple with the issues.”

Lawyer Joseph Arvay, who represents those who fought for the right to assisted death, adamantly opposed the extension in his submission.

The B.C. Civil Liberties Association and individuals who spearheaded the case argue an extension would be a setback for people enduring unbearable pain.

“Surely, in deciding whether to grant the extension, you have to decide whether the government’s request for an extension, in any way trumps that suffering,” he said.

Related: What comes after the Supreme Court’s assisted suicide ruling?

FILED UNDER: Supreme Court of Canada