The fight to staunch a street war in Surrey

A hundred new RCMP officers have failed to protect Surrey from an all-too-familiar wave of gun violence. So now what? 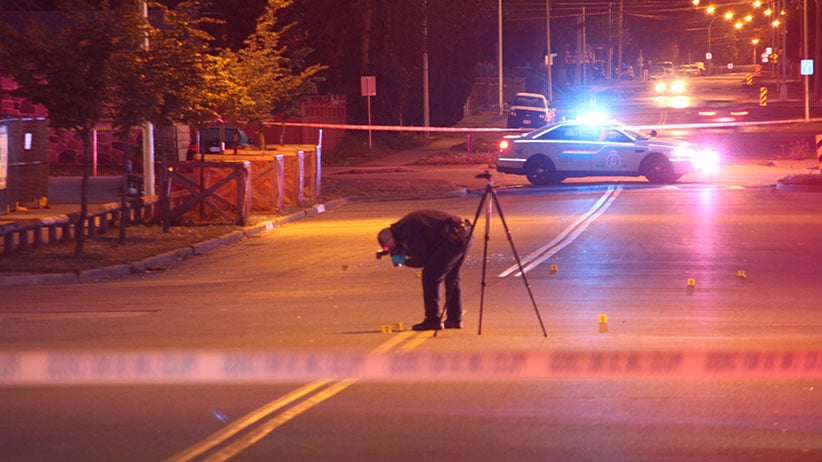 Linda Hepner is fed up. “I am so angry this is happening again in my city,” the Surrey mayor said last week after B.C.’s second-largest community recorded its 32nd shooting in a year that’s not yet four months old. “I want to call them punks,” Hepner told media, describing those she holds responsible for holding Surrey hostage throughout this latest wave of violence. “It makes me so angry I can’t speak.”

“There is no fairy-tale ending to this story,” the mayor added. “This kind of lifestyle will only end in jail or a toe tag. A coffin. There are no other options. There is no pretty ending.”

Nor does there seem to be any other story for this multi-ethnic Vancouver bedroom community. The latest round of violence seems a perfect mirror to the violence that erupted a year ago, when two groups of low-level gangs engaged in another turf war over the city’s drug trade. Last year, Surrey, which boasts the country’s third-worst crime problem (behind Alberta cities Grande Prairie and Red Deer) according to Statistics Canada, recorded 56 shootings. This year, it is on pace to hit 100. Once again, no one involved is co-operating with police.

The most recent victim, a minor, is refusing to answer questions about what happened, how he came to be shot and hospitalized, or whom he holds responsible for it.

“Maybe bullets fell from the sky,” one of those involved in last year’s war told police. “Don’t you worry about it,” another victim told police. “No need for you cops to be here.”

But the police and community at large do worry—over Surrey’s darkened image, its ability to continue to draw new businesses and residents, and the safety of those already there. One recent shooting occurred in broad daylight in a residential neighbourhood. Another occurred near an elementary school.

So far, nine people have been wounded in the shootings and one person has been killed. With nine buildings struck by errant gunfire, many appear to be less-than-accurate shots. They are, in the words of police, “low-level” dealers.

Three years ago, T-shirts mocking Surrey’s endemic violence became viral sensations. In one, the Surrey city logo—two dull grey stylized buildings—was transformed to look like a handgun. The civic motto, “The future lives here,” was tweaked to read: “The future dies here.” Another reads “Better safe than Surrey,” its logo enshrouded by six bullet holes: a dark reference to the “Surrey six” shootings in 2007, the bloodiest gangland shooting in B.C. history. It cost two innocent bystanders their lives.

A round of public anger, and high-level hand-wringing over last year’s drug war pushed the previous Conservative government to dispatch an additional 100 Mounties to Surrey’s RCMP contingent in the lead-up to the last federal election.

“No one should ever be afraid for their personal safety, or the safety of their families, when walking down a street in this country,” Steven Blaney, then minister of public safety and emergency preparedness, said at the time. It was Surrey taxpayers, not the federal government, ultimately footing the bill for the troop increase, however. And it’s hardly been a panacea. The pace of shootings has only increased since the new recruits landed. 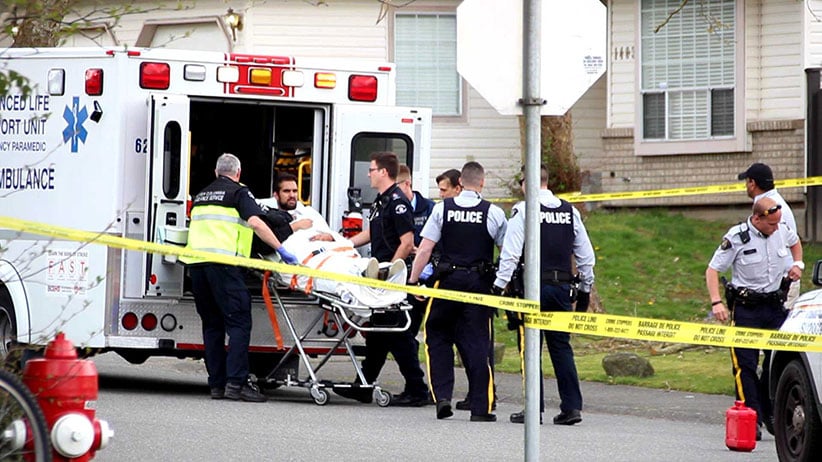 “The bottom line is that organized crime requires more than a bunch of young and enthusiastic recruits fresh out of Depot,” says Simon Fraser University criminologist, Robert Gordon, referring to the RCMP training academy. “Most of the officers being moved in [to Surrey] constitute that group. They’re not going to be very useful for quite a few years.” Promises of “flooding the streets” doesn’t have any impact because they’re not addressing the problem, says Gordon: “It’s just shifting deck chairs on the Titanic.”

Top-level policy, meanwhile, seems to be running at cross-purposes to the street wars. In Vancouver last week, Bob Paulson, the RCMP commissioner, announced that 500 Mounties working on organized-crime investigations across the country have been shifted to national security and terrorism. That reshuffling has put some major investigations targeting the highest echelons of organized crime on hold, Paulson said.

“That number of trained and experienced officers absent from the organized crime fight impacts our efforts on organized crime,” Paulson admitted to the Vancouver Sun. “It is a significant percentage because we are taking the people with the experience in terms of evidence collection, wiretaps, search warrants and interrogations, high-value investigative techniques, that we bring to organized crime, and we are putting them on terrorism cases.”

“I’m sure Paulson did that reluctantly,” says Gordon. “He was given that direction. The federal government made a decision to go with terrorism. Terrorism has to be properly addressed, but if the feds want it, and the provinces want it, that’s going to be done at the expense of something else.”

Gordon, who has been studying the phenomena of drug crime and gang violence in Surrey for 20 years, says the recent trouble is just the extension of shootings that have come and gone dating back two decades. “It all stems from conflicts between groups trying to gain control over the illegal drug trade. It’s all about market share, retaliation-driven, including this latest round.”

It’s a “classic struggle,” says Gordon. In the 1980s a wave of new immigrants arrived from Honduras and El Salvador; they arrived at the same time as a group from Fiji, sparking an early conflict. By the early ’90s, new arrivals from Vietnam were muscling in on the area’s marijuana trade.

Surrey is a very mixed community, he adds. “It has a lot of new Canadians, and it seems as if each successive wave of minority populations runs into this particular problem: Often, they are coming over with poor English skills, low job prospects, they’re coming from places with a lot of violence. For some, the fast money the drug trade provides can be very attractive.”

The latest conflict came “after the arrival of a new group from the Horn of Africa, mostly Somalis,” he says. “They settled in Surrey because it’s less expensive than anywhere else in the Lower Mainland, and some appear to have moved in on existing drug networks run primarily by existing Canadians of South Asian origin. South Asian gangs, not wanting anyone to muscle in, are pushing back. A lot of shooting has involved just that.”

It was only last week that the Surrey RCMP dropped the shocking news that as of April 1, there had been 28 shootings—half of last year’s tally—in just the first three months of 2016. Until then, the public had only been made aware of 16.

“I knew the numbers would be alarming,” Surrey RCMP’s top police official, Assistant Commissioner Bill Fordy, explained at Mayor Hepner’s press conference last Friday. Fordy was also there to announce the arrests of five people, and the seizure of 13 guns. Fordy said police are making progress: “We have a significant operational plan.”

To help police investigate the shootings, Hepner said the Surrey RCMP detachment has been given real-time access to the city’s 330 traffic cameras (provided they are responding to a crime). The mayor is also upping the number of cameras by 75. In December, Surrey hired former Vancouver police officer Terry Waterhouse as its new director of public safety strategies. Waterhouse, who went back to university to earn a Ph.D. in education after 10 years as a beat police officer, has developed youth justice reforms in developing and post-conflict countries with the United Nations. His plan for Surrey is expected later this year.

The city will be waiting and watching. It’s already home to Canada’s largest RCMP detachment. As it is fast learning, the violence will not be cured by police presence alone.