‘Something horrific has happened’

Irene Hirtle remembers the blare of sirens cut through the night air of Bridgewater, N.S., on Sept. 2, 1998. “We were just getting into bed,” the nurse recalls. “You could hear so many emergency vehicles.” She turned to her husband, Brian, and said: “Something horrific has happened.”

Just how horrific, they would find out the next morning: Swissair Flight 111, travelling between New York City and Geneva, had crashed into the ocean near St. Margarets Bay, a few kilometres south of their home. All 229 people on board perished.

FROM THE ARCHIVES: Maclean’s 1998 cover story, “Lost in the Depths,” details the Swissair Flight 111 tragedy

When it became known the mission was recovery, not rescue, the mother of four immediately tried to find out how she could help the volunteer emergency responders. She even offered to open up her six-bedroom house to out-of-towners coming to the crash site, she says, thinking local hotels would be full with the tourists who flock to the scenic locale in the fall. Surprised when there were no takers, she turned her efforts to making sandwiches and cookies for the rescue teams.

For weeks, the tragedy dominated daily life, Irene recalls, with large tents set up by the waterside, and international media descending. Residents walked the coastline searching for whatever horrors the sea washed up, while local fishermen set out in their boats to help the Coast Guard.

The event affected both the town and her family’s life, Irene says. “We were all trying to alleviate one another’s pain. We all felt it could be our relatives on that plane. It just re-emphasized what I knew professionally, that we have to be so thankful for what we have and be as happy as we can today.” 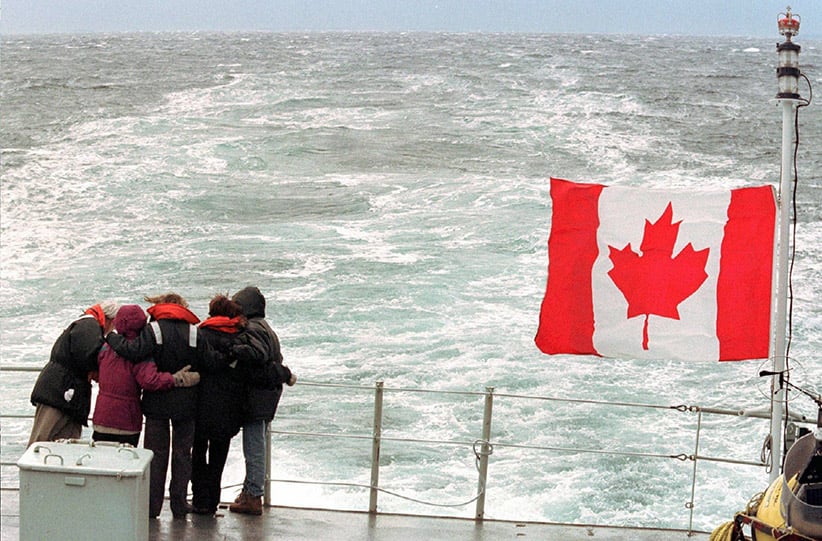 Family members of Swissair Flight 111 passengers on the deck of HMCS Goose Bay off the coast of Nova Scotia. (Andrew Vaughan/CP)

A year after the crash, the family moved to Calgary, only to return to Bridgewater two years later. “Nova Scotians always return,” says Irene, who was born in Portland, Maine. The crash led her to switch to palliative care nursing, she says: “Helping with the disaster in ’98 made me realize I could do something, even though it was just a little, to make a difference to somebody, which is why I do what I do.”

The crash will affect the communities it touched forever, says Irene. “Will anybody be able to look at that place again the same way and see the beauty or will it always be the place were Swissair 111 crashed? When you go there you can’t help but think of it.” She does find solace in how the community banded together: “That’s Nova Scotia,” she says. “That’s what we do.” — Anne Kingston