How a Syrian refugee saved one Nova Scotia bakery

"He knew what to do. We didn't have to teach him much." 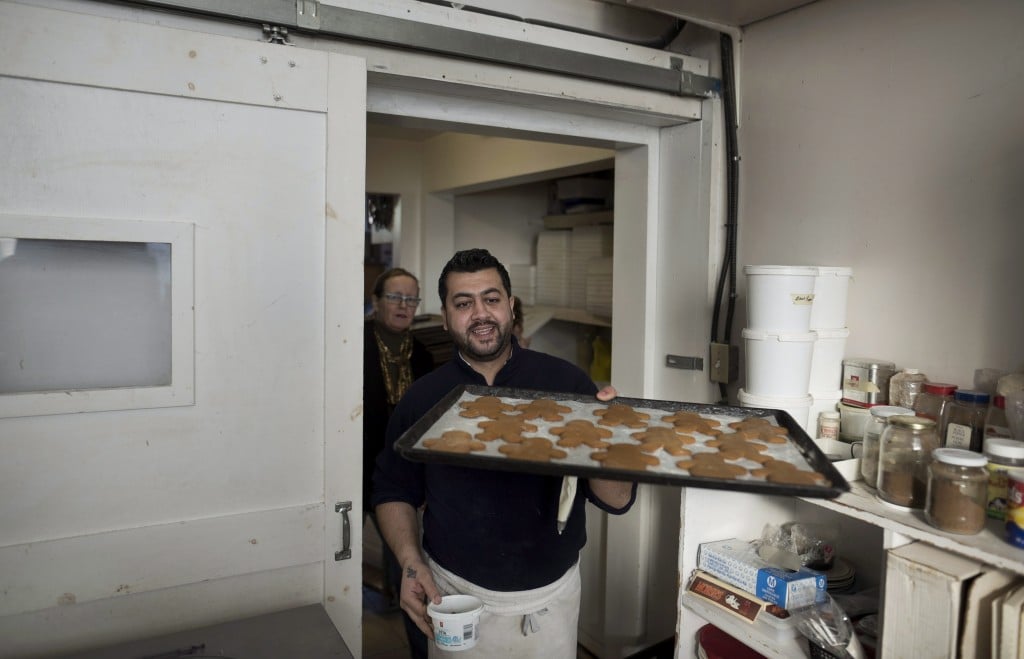 “It’s very critical to have him here,” said Laura Mulrooney, owner of Julien’s Bakery. “It is a skill. It’s about the temperature, the dough, the machinery, the butter. He knew what to do. We didn’t have to teach him much.”

Before Al Badin’s arrival several months ago, the bakery’s production of artisan pastries had fallen off, and layoffs were a possibility.

“We’ve been able to stay on track with Ruwad here,” Mulrooney said in a recent interview. “In January, we’ll get back to where we were (in production).”

Since late 2015, more than 20,000 government-assisted refugees and 13,500 privately sponsored refugees have arrived in Canada. A year later, some of them are reaching the end of their financial support from governments and private sponsors.

MORE: The first flight: An oral history of the first Syrian refugee flight to Canada

As for Al Badin, he serves as a good example of how entrepreneurs in Canada can benefit from refugees, says Gail Kelly, a member of the Bay Refugee Group, which sponsored the baker.

However, Kelly says she’s also worried about 38-year-old Ziad Zeina, another Syrian refugee she’s helping. Zeina, a married father of four, lost his job as a tile layer because he can’t speak English.

In just a matter of months, Zeina’s family may have to go on welfare as $30,000 in the privately raised funds runs out.

“I know what social assistance means — it means very, very little money and living in poverty,” Kelly said. “We’d dearly love to find an Arabic-speaking tile company that could train him.”

A spokeswoman for the province’s Immigration Department said the Nova Scotia government is aware some refugees will need additional support to reach self-sufficiency.

“We are preparing to provide culturally appropriate supports to those individuals and families who may find themselves in need of our assistance,” wrote Sarah Gillis.

The Department of Community Services will also hire an Arabic-speaking caseworker.

Mohja Alia, manager of employment at the Immigrant Settlement Association of Nova Scotia, said the pressures to find work will intensify as more of the 1,100 refugees in Nova Scotia lose their financial support from Ottawa or from private groups.

The immigrant agency says the key to a smooth transition for refugees is to find some initial work while attending language programs in their off hours.

“If we just let them go to employment without any support, that’s not going to help,” Alia said in an interview.

Najdat Barbar, a married father of six-year-old twins who fled the city of Aleppo, has taken a job at Recardo’s Take-Out near Tantallon, N.S., adopting the approach of finding work where he can.

He has put his skills as a hotel and restaurant manager on hold as he’s learning to roll pizza dough for $11 an hour. During off hours, he attends English class.

“It’s OK. I’m still new. I should work anywhere, and I will gain experience about the culture, the people, the weather, everything …You learn, step by step,” he said.

Meanwhile, at the bakery in Chester, the owners are looking to grow their business with Al Badin’s help.

Mulrooney said in the New Year, she may give Al Badin some time to work on creating baraze cookies, a type of shortbread biscuit popular in the Middle East.

“I’m very happy to help, and I’m thankful for the confidence the owners put in me,” Al Badin said through a translator, while gently dropping pink candies into the eyes of another gingerbread man.