Tax credits get even more complicated 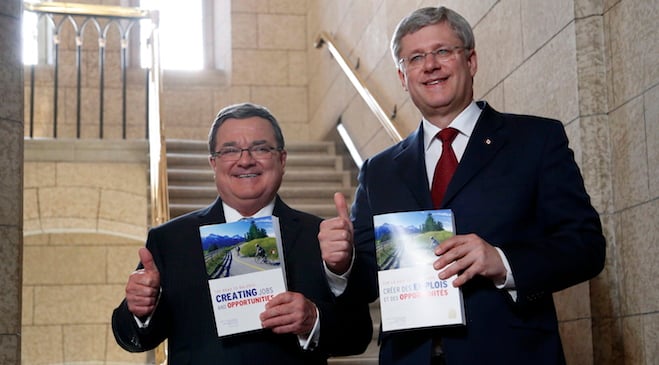 Economic Action Plan 2014 (EAP 2014) continues on the government’s recent theme of reducing unnecessary or redundant regulations. The budget describes the government’s recent red-tape reduction efforts as “ambitious.” This is not an unreasonable claim to make, as the Conservatives have taken a number of positive steps to reduce regulatory red tape. Economic Action Plan 2014 contains a provision that will have the CRA automatically determine if an individual is eligible for the GST/HST credit, rather than having them separately file an application. The government has announced a plan to modernize the incredibly byzantine regulations for beer labelling, and it discusses a bill introduced by MP Dan Albas, which allows for the transport of wine between provinces. These are all fantastic initiatives that remove unnecessary regulatory burdens for Canadians and can only serve to enhance productivity.

The government’s record on reducing regulatory complexity and unnecessary duplication is far from perfect. The government likes to highlight its tax-cutting record. In the budget, it does this by highlighting how much a family of four has saved in tax from cumulative changes since 2006:

The magnitude of the GST changes, which have reduced federal revenues by $12 billion each year, have received a great deal of attention. I was surprised to see that cumulatively these tax credits have provided greater savings to this average Canadian family than the two-point cut to the GST. A few of these tax credits are broad-based in nature, such as the Tax-Free Savings Account. The vast majority are boutique in nature and are social programs in disguise, such as the Children’s Arts Tax Credit and the Children’s Fitness Tax Credit.

The Budget takes pride in the number and scope of the tax credits introduced by the government since 2006. A number of case studies are given in the budget, such as Frank and Marilyn, who are raising a disabled child and are eligible for nine separate tax credits. A second case study describes a fellow named David in a four-year Heavy Duty Equipment Technician apprenticeship. He receives five separate tax credits:

However, that is not a complete list. There are additional cash transfers associated with David’s training listed in EAP 2014:

Ten separate cash transfers, all of which are associated with a single apprenticeship program. This does not include tax credits that David may receive for other reasons, such as being a search and rescue volunteer in his free time (a new tax credit introduced in this budget).

Reducing red tape, reducing the complexity of the tax code and reducing compliance costs for individuals, companies and the government are all worthwhile goals. Unfortunately when it comes to tax credits, too often the government is moving in the opposite direction.