'Tell them Chrissy sent you' resonates in shelters across Canada

Christine Archibald set an example for us all before she was killed in the London attacks, and following it is simple 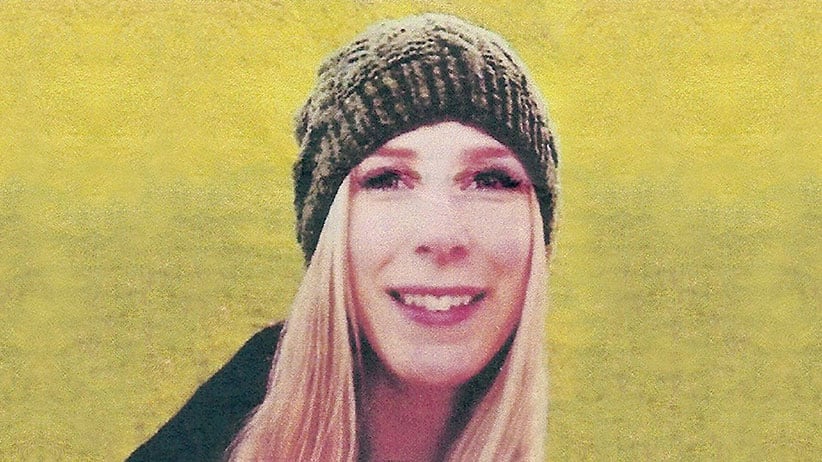 On any given day, about 200 people will walk through the front doors of Calgary’s Alpha House in search of a hot meal, help kicking a drug addiction or perhaps just a little shelter. Over the course of a year, thousands of those welcomed inside will be repeat guests. And for years, Christine Archibald—one of seven killed in London’s terrorist attack—welcomed anyone who arrived in search of some help with open arms.

While the non-profit offers everything from social services to harm reduction, Archibald dedicated most of her time to the shelter program, helping the city’s chronically homeless. She left the job in February, however, to start the next chapter of her life: living in Europe with her soon-to-be husband, Tyler Ferguson. When her life came to an end at the hands of a terrorist driving a van on London Bridge, Archibald’s family had a single request for everyone to honour their Christine.

“Volunteer your time and labour or donate to a homeless shelter,” the family wrote in a statement. “Tell then Chrissy sent you.”

Such time and labour would be most welcome. Across the country, approximately 35,000 people will be homeless on any given night, according to a 2016 report on the state of homelessness in Canada. Each year, at least 235,000 Canadians will experience homelessness for at least a night. Approximately one in four of those seeking a night in shelter will be older than 50. About one-third of the shelter population will be Indigenous. A full 100 per cent could use some help. Alpha House even opened up a second shelter, dubbed Alpha2, to accommodate the increased demand during harsh Alberta winters.

“If you were to walk by Alpha House you might not really understand what Alpha House is, or what we do,” explains Rebecca Lane, Archibald’s friend and a former colleague. “You may see our vulnerable people hanging around outside, or in a line up around the corner with intoxicated people waiting to get in, and to the untrained eye this may seem like chaos and confusion, but to us at Alpha House this is normal. This is a family, not by blood but by circumstance.“

Alpha House has been operating for 35 years. There’s an encampment team that goes out into the street of Calgary in search of rough sleepers to offer a hand. A detox facility helps those looking to get treatment options for a drug habit. If someone shows up with so much as a cut on their leg, they’ll bandage that up too. Alpha House’s longevity is in large part thanks to the kindness of volunteers. There are people who help make sandwiches or prepare other meals. There’s a group that shows up every two weeks to provide haircuts. They’ve had volunteers who taught yoga classes or art lessons. Others help organize supplies, like making needle kits for Alpha House’s outreach addiction team to hand out safe needle packs. And there a several 12-step groups that volunteer their time.

Looking for other ways to help? A coordinator for volunteer programs at Alpha House can connect with people to learn their interests, and deploy them accordingly.

“There are different ways to give back,” says Kathy Christiansen, Alpha House’s executive director. “And there are opportunities to donate. Community support is a big part of our sustainability.”

Archibald’s passion to help the homeless at Alpha House grew from her practicum placement at Alpha House. She then worked as a casual staffer, then part-time with the Downtown Outreach Addiction Partnership, (dubbed the DOAP Team) then full-time in the shelter working up to team lead. Before she left for Europe, she spent most hours working in the emergency intox shelter.

“Even in the times that our clients weren’t so nice to deal with, Chrissy would just talk to them gently, never needing to raise her voice,” Lane says. “She cared so much for every person, taking the time to make every person feel like they were valued.” And if an client needed to talk for hours about anything, Archibald was happy to lend an ear.

“Chrissy really grew to understand the essence of what this work is about,” Christiansen says. “Dealing with mental addiction and mental health isn’t broadly understood. A lot of the work we do there is reducing crisis and building relationships with people are feel very vulnerable and have limited options at the time when they come in.”

That includes finding individual solutions to help each individual in need. “There’s no standard formula,” Christiansen says. “Ultimately, our goal is honouring a large population by walking with them as opposed to requiring that they fit to standards.”

And there is no shortage of other shelters across Canada just as worthy of someone’s time, labour or money.

We're saddened by the tragic loss of Christine Archibald. We're grateful that some of chosen to help our youth in her honour. #chrissysentme

We have seen a number of donations in honour of 'Chrissy' Archibald @ugm. @JeremyHunka is on @BT_Vancouver this a.m. w/ more #ChrissySentMe

Thank you for your kind donation @HelenFDagley . Our thoughts are with Chrissy’s family and all those affected by the #LondonBridgeAttacks. https://t.co/49O8zpWci4

And that also includes places like Alpha House. “If someone showed up to volunteer, and said Chrissy sent them,” adds Christiansen, “’they would be very welcome.”

This story has been updated from a previous version.