Back when Donald Trump was still in diapers, Canada and the U.S. were close to a free trade deal. Here's the strange story of why those talks died. 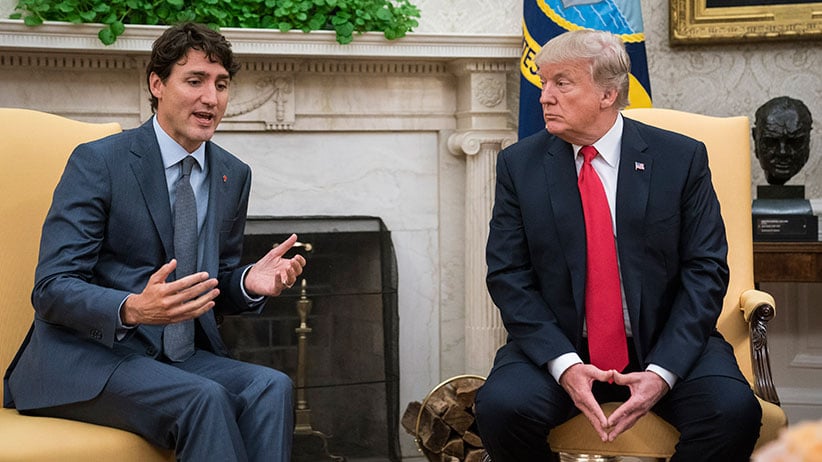 With every round of failed NAFTA talks, and each new attack on the deal levelled by Donald Trump, the fate of the 24-year-old trade agreement looks increasingly dire.

Yet long before NAFTA or even its predecessor, the Canada U.S. FTA came along—way back when Trump was still a toddler in fact—the two countries came very close to signing a trade pact, only to see the talks terminated for the strangest of reasons.

It was 1948, and officials from Canada and the U.S. had spent months hammering out the details of an agreement to lower trade barriers between the two countries, with both Prime Minister Mackenzie King and President Harry Truman seemingly onside.

Then things changed. As Maclean’s reported in 1979:

“Sometime on the evening of March 23, 1948 [King’s] eye fell on a book entitled Studies in Colonial Nationalism and the 74-year-old leader chanced to read a chapter called Soul of Empire. ‘I took it,’ he told his diary, ‘to be perfect evidence of guidance from beyond.’ The guidance from King’s mystical world of spirits and demons convinced him in the space of minutes that he should undo months of work and negotiation and that he should no more contemplate signing the completed trade pact than he ‘would [consider] flying to the South Pole’.”

And with that a trade deal that would have massively reshaped Canada’s economy for decades to come went itself to the great beyond.

As part of a package of stories about burgeoning free trade talks in 1979, Maclean’s detailed for the first time just how serious the two sides had been about an agreement in 1948, before King’s spectral intervention.

The following appeared in Maclean’s in July 1979:

Spirits from beyond the grave 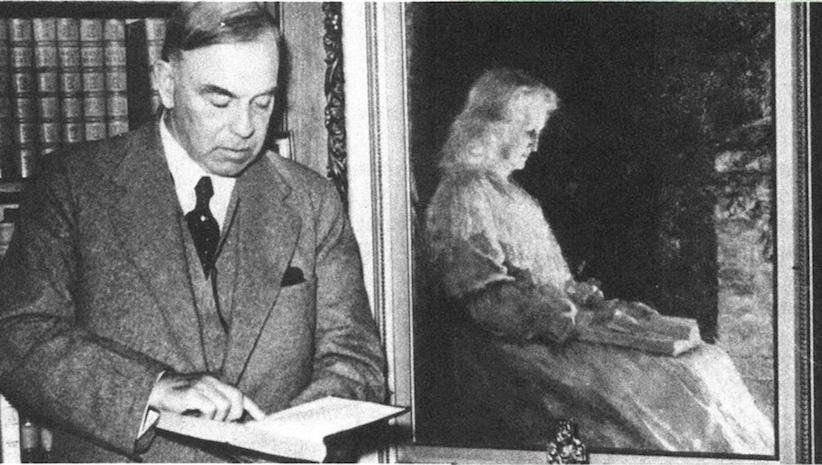 The top-secret telegrams clattering between the Canadian ambassador in Washington and the undersecretary of state for external affairs in Ottawa—Lester Bowles Pearson—were terse, almost poignant in their urgency and far more personal than diplomatic in tone. At stake was a subject in which both of them deeply believed: free trade between Canada and the United States. It was April 1, 1948, and the ambassador, Hume Wrong, and Pearson were beginning to realize that a formal agreement, painstakingly drafted by John Deutsch, then director of the international economic relations division of the federal finance department, was being scuppered by one of its staunchest backers, Prime Minister Mackenzie King. King’s reasoning was far from clear and no one then realized he had already confided to his diary that a message “from beyond” was his chief motivation in withdrawing his support.

The terms of the treaty were seen by less than a dozen people, including senior U.S. and Canadian government officials, King and former president Harry Truman, and they have not been published before. Maclean’s obtained access to a copy of the document on the understanding that it would not be quoted directly, but could be fully outlined. The top-secret package presented to King by Deutsch 31 years ago proposed a long-term free-trade arrangement with both the United States and the United Kingdom. However, accompanying documents make clear that the British deal was thought unlikely ever to come to fruition and was extended only for political support in Canada.

Under the proposal, Canada agreed to:

• Remove immediately all customs duties then applied to imports from the U.S.

• Remove, during a five-year period, quotas that had been imposed on certain U.S. imports for balance-of-payments reasons.

• Reserve the right to impose quotas on imported fresh fruits and vegetables.

The United States would:

• Remove immediately all existing tariffs on imports of Canadian goods.

• Progressively eliminate quotas on some Canadian products over five years.

• Reserve the right to impose special quotas on Canadian wheat and flour.

The private diaries of several politicians and civil servants involved make it clear that both Republican and Democratic congressional leaders in the U.S. were convinced, as were Truman and Secretary of State George C. Marshall, that the outline of the treaty would receive broad support from American voters in the November, 1948, presidential election. In Canada, King was initially captivated by Deutsch’s assurances that the treaty would not lead to future constitutional, political or financial integration.

Deutsch reasoned that the United States represented a golden triumph of logic written into a constitution, while the history of Canada was a victory over logic by means that had never been recorded. A free-trade zone, he argued, would show the world, especially war-ravaged Western Europe, how separate societies could unite economically while enhancing their own cultural distinction.

Meanwhile King, who had already decided to retire before the end of 1948, had received his ethereal warning against the deal and was also getting cold feet about a free-trade political battle. On a blustery Easter Sunday evening, March 29, King, who two weeks earlier had wished his negotiators “Godspeed” in their deliberations with the Americans, discussed the issue for the last time with Pearson. King was leaving for a convention in Williamsburg, Virginia, and they met in a private railway car in Ottawa’s old Union Station.

“I told [Pearson] quite frankly I doubted very much the wisdom of attempting anything that had to be brought on within the next month,” King recorded in his diary. “I did not think this matter should be brought before the public at this time … it would be a terrible mistake and defeat its very ends.” There was a light snow on the ground outside the station as the train left, King noted, apparently satisfied that he had salved the concerns of the spiritual world, at least. —Kevin Doyle