The Canada most people don't see

It has an unemployment rate worse than Sudan. The infant mortality rate is worse than Russia. And the injustice is appalling. 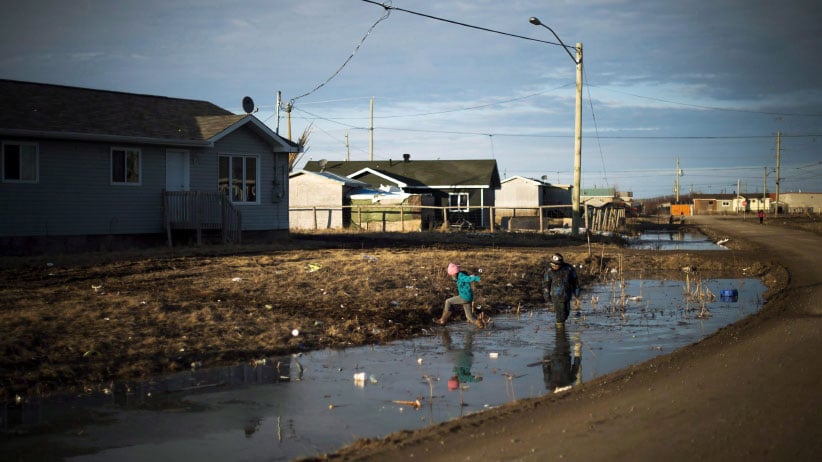 Imagine your daughter, 15 years old, sneaks some booze and gets drunk for the first time. She is found by the police, who arrest and handcuff her. A male cop body searches her in public. When she asks for a female officer, he grabs your daughter by the hair and slams her head against the police car so hard it dents the hood. She is then taken to a holding cell where other officers mock her while she cries.

Imagine your spouse is kidnapped by a violent criminal. He ties her up with electrical cords, sexually assaults her, and then stabs her. She manages to struggle free, but can’t open the door because her hands are too slippery with her own blood. Against all odds, she survives, and a year later, at the trial, the prosecutor and the judge decide to lock up your wife because they want to ensure she is available to testify. She is put in the same remand centre as the man who raped and stabbed her. They share the same van to the courthouse.

Imagine the incandescent rage you would feel if this happened to your family. It’s hard to, because these scenarios are so implausible they are almost impossible to conjure. If you’re white, that is. If you’re Indigenous, these are not hypothetical horror stories—they are simply descriptions of life in their Canada.

The first incident occurred in Thunder Bay; it is taken from the testimony of an Indigenous girl named Skye Kakegamic speaking at a coroner’s inquiry into the deaths of several First Nations teens.  The mayor, Keith Hobbs, has downplayed the extent of the racism problem in Thunder Bay, arguing racism exists in all cities but what’s important is to street proof kids.

The second took place in Edmonton. Angela Cardinal (the name used by the CBC due to a court publication ban) was remanded by provincial court Judge Raymond Bodnarek at the request of Crown prosecutor Patricia Innes. They were both simply concerned about the victims’ mental and physical state as she testified in court, and sent her to jail for her own good.

Innes, Bodnarek, Hobbs, me, you—we all live in a country where the police are there to help, the courts are just, and life on the whole is safe and rewarding. But Cardinal and Kakegamic live in a different Canada.

Most of us don’t see that Canada. It has an unemployment rate worse than Sudan and the median income is on par with Latvia. There, the infant mortality rate is worse than Russia. The sewage systems often don’t work, and there is no fire department. Medical facilities are few and far away. Drug and alcohol addictions are rampant. TB is at epidemic levels, and the rate of HIV infection is higher than Nigeria’s. This is a Canada of broken windows in tarpaper shacks.

No, our Canada is a different place. In high school when we sneak some beer the police don’t beat us. Our wives don’t live in fear of sexual assault, and the justice system treats us with compassion. Life is good. By every measure, our Canada is one of the safest, healthiest and most prosperous places in the world. Sitting on our backyard decks, barbecuing steaks for dinner, we’re a very long ways from the other Canada.

And you can be forgiven, I suppose, for not really caring about that other Canada. How can you? You don’t see it. You don’t know anyone who lives there. You rarely hear about it on the news, and when you do, the Prime Minister or some other politician is always there to reassure us they really care and they’re making things better. There will even be a few Hoop Dancers on the Canada Day stage, because we’re very inclusive and sensitive in this Canada. So sensitive, in fact, that when someone satirically proposes a cultural appropriation prize, we are collectively incensed. Things like that aren’t tolerated in our Canada.

Meanwhile, in the other Canada, Angela Cardinal was shot and killed seven months after her ordeal in the courthouse. In the other Canada there are 89 communities without safe drinking water. A child is more likely to be sexually assaulted than to graduate high school. The murder rate is worse than Somalia’s and the incarceration rate is the highest in the world. Imagine if that was your Canada. Imagine your rage if your children lived there.

Imagine if you cared.

Correction: An earlier version of this story stated that the mayor of Thunder Bay, Keith Hobbs, told media there isn’t a racism problem in his city. In fact, Hobbs said that racism exists in Thunder Bay and all cities.