The Canadian Mafia next door

If a member of one of Canada’s most infamous Mafia families lived a few doors down from you, would you know it? 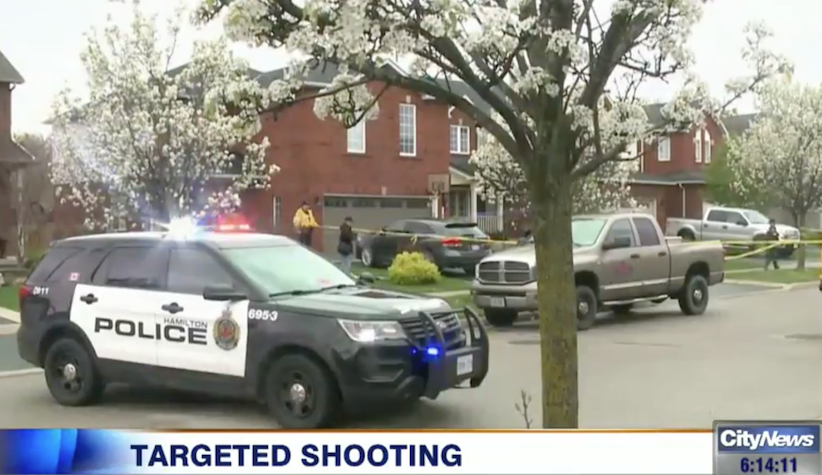 There aren’t many crime families in Canada with a high enough profile to warrant their own Wikipedia page.

But if Angelo Musitano’s neighbours searched his name online this week, they’d have seen that he was born into one of Canada’s most notorious Mafia clans. They’d find out that he was sentenced to ten years in prison in 2000 for conspiracy to commit murder and that a hitman named him and his brother, Pasquale “Fat Pat” Musitano, as the pair who ordered mob hits on two rival Mafia family members. Lastly, Angelo’s neighbours would read what they already knew: he was shot dead in the driveway of his suburban Hamilton home in broad daylight this past week, mere days before his 40th birthday.

The news of the killing shocked the neighbourhood in Waterdown, Ont., near Hamilton, not only because of the targeted killing itself, but also because several neighbours told reporters they had no idea that Angelo, a husband and father of three young boys living a few doors down, was in fact one of Canada’s most infamous mobsters.

“Everyone… on the street knew him as just a neighbour,” Kaitlyn Tritchew, told the Toronto Sun. “They just seemed like a normal family.”

And if a Musitano of all people can keep his past hidden from his neighbours, how hard could it be for a mobster with even less notoriety to live in a sleepy Canadian neighbourhood without anyone suspecting a thing?

“Your neighbour three doors down could very well be involved in some type of criminal behaviour and you wouldn’t know it,” says John “J.R.” Roff, the recently retired Hamilton police detective who spent years dealing with organized crime. “One hundred per cent.”

Roff says not all organized crime members are walking around in custom suits and driving luxury automobiles cars. And even for those who do, it might still not set off any alarm bells among the neighbourhood watch.

“If you’re living in an upscale neighbourhood, and you’re driving a nice car and wearing a $2,000 suit, you’ll blend in with the doctors and lawyers on your street,” he says. “It’s not like the boys are having beers in the garage every night.” They’d rather keep a low profile and make sure any trouble stays far away from where they reside. Roff says they might even be willing to lend a cup of sugar to a neighbour in need.

But when it comes to the Musitanos, others are skeptical that at least some neighbours didn’t suspect something was amiss. “Around Toronto, people might keep to themselves and have no idea if the guy next door is Ivan the Terrible,” says Bob Deasy, a former Ontario Provincial Police officer. “But you can’t live in the Hamilton area and not know the name Musitano.”

Deasy would know first-hand of the family name’s reach. A former undercover cop who earned the trust of the Musitano family, Deasy became a drug dealer masked with the job of chauffeur for Angelo’s older brother, Fat Pat, which he documented in his book Being Uncle Charlie: A Life Undercover with Killers, Kingpins, Bikers and Druglords.

In the predominantly Italian downtown Hamilton neighbourhood where Fat Pat lived, Deasy says everyone knew who the Musitano’s were and everyone kept their mouth shut. If there was any trouble stirring in the area, neighbours would go to the Musitano’s, not the cops.

So when it comes to Angelo, even if he kept a lower profile, Deasy says, “I just fail to see how the heir apparent to the mob could be living in your subdivision and people had no idea.”

James Dubro is similarly skeptical. “I know someone who saw him two weeks ago who said he was the same old Ang,” says the author and expert on organized crime in Canada. “If you had someone like that living next door—and imagine some of the people who would come by—it would take five seconds to Google that name and see an incredible criminal history,”

And yet, that Google search would only prove fruitful if a Mafia member were perfectly candid about his identity.  “It’s not like Angelo’s going to introduce himself to his neighbours to talk about his past life,” Roff says. “If he just kept to himself and only said hello and goodbye to people, no one would suspect anything. Maybe the neighbours didn’t even know his last name, they just knew him as Ang.”

Indeed, neighbours willing to speak with media offered some insight into how they might not of known. One neighbour, speaking anonymously, told the Hamilton Spectator that the Musitano family hadn’t lived on the street for very long. Another neighbour said when he first met them, Angelo gave a different last name, but in their conversations he “seemed like a nice fellow.”

Deasy doesn’t quite remember Angelo as a nice fellow, but rather equates him to the character James Caan portrayed in The Godfather.  “He was the crazy one,” Deasy says.

Meanwhile Angelo’s family and friends told media after the shooting that Angelo had turned to religion after his prison sentence and was trying to carve a new life for his family. There have also been fewer major stories about Mafia activity in the area in recent years, which some locals might see as a sign that organized crime has reduced its presence in the area.

Deasy dismisses that idea. “The mob is alive and well and taking care business,” he says. “If they weren’t alive and well, we wouldn’t have people being shot in their driveway in the middle of the day.”

That’s something the people of a beautiful upper-middle class neighbourhood in Waterdown, Ont. must now reconcile.