The Canadian military: not a picture of diversity

Image of the Week: The chief of defence staff tweeted an uplifting message about the military's drive for inclusiveness. The photo he included told a different story. 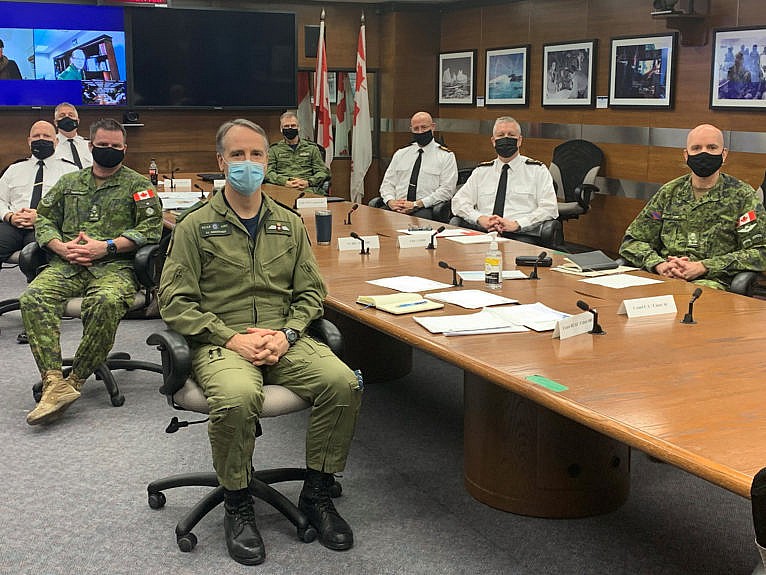 Admiral Art McDonald's Twitter text that ran with this photo: "Conversations on diversity, inclusion, and culture change are not incompatible with our thirst for operational excellence. I count on my senior leaders to champion culture change. Diversity makes us stronger, inclusion improves our institution. We are #StrongerTogether - ArtMcD" (Admiral Art McDonald/Twitter)

Without this accompanying photo, the tweet would have been innocuous—forgotten, probably, like so many well-meaning, brand-building, toothless tweets that disappear into the internet ether after a few minutes. But instead of simply posting the text of his message—sentiments lauding “conversations on diversity, inclusion, and culture change”—Canada’s Chief of the Defence Staff, Admiral Art McDonald, inexplicably added this photo of the vastly white male leadership team of the Canadian Armed Forces. On its own, without the aforementioned text, the image would have been equally innocent. But combine the pictures and words and you have South Park-calibre self-parody. An email from the military PR team, in response to Maclean’s query, linked to subsequent tweets by McDonald, which conceded that the white-bread leadership makeup “needs to change.” But questions linger: what did McDonald mean in the first place? What diversity was he referring to? Who deserves applause? Most curiously, how did nobody on the admiral’s staff see that tweet and say, “Wait a minute”? Then again, maybe the tweet accomplished its goal. McDonald wanted to start a conversation about diversity in the Forces. And so he has.