The case against spanking

The Liberals have committed to repealing the 'spanking law'. Overwhelming scientific research says it's long overdue, says an expert. 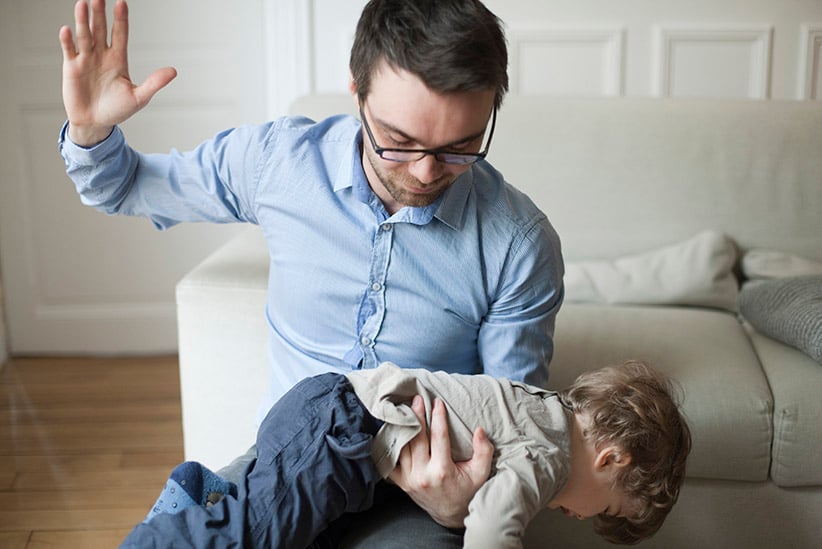 Does conceiving, giving birth to or raising a child give you the right to hit another human being? Under Canada’s current laws it does. However, among the 94 recommendations of the Truth and Reconciliation Commission, which the Liberal government has committed to follow, is a repeal of the “spanking law.” Currently, this law allows parents and caregivers in Canada to use force to discipline a child.

Supporters of the practice claim spanking is not only safe, but the parent’s prerogative to hit a child. Giving a child a whack for misbehaviour is, after all, a time-honoured tradition still used in households across the country. But this opinion, typically rooted in personal experience, is not supported by science.

There is, to the contrary, overwhelming evidence that Canada should join the 48 countries and regions around the world that already ban spanking, from Sweden in 1979 to Benin, Peru and Ireland in 2015. Not one major study has provided evidence that spanking is beneficial for children. Instead, hundreds show findings to the contrary: the practice is associated with a large range of negative outcomes for those subjected to it.

Two decades of research provide clear and conclusive evidence that spanking is not safe. Indeed, hitting as a disciplinary measure can result in injuries such as bruises. Moreover, it’s not even effective. Spanking a child actually increases the likelihood of behavioural problems such as aggression and delinquency. Kids who are spanked are more likely to do poorly in school. Spanking also increases the likelihood of mental health problems and disorders such as depression, anxiety, alcohol misuse, drug problems and suicidal thoughts.

The practice is also related to increased odds of suffering from heart problems, arthritis and obesity. Notably, these poor outcomes have been found among individuals who were subjected only to spanking, hitting or slapping and did not experience more severe physical abuse, sexual abuse, emotional abuse or neglect.

In some families, spanking may unintentionally escalate to more severe physical violence. Parents can become angry in the moment or when a child stops responding to milder forms of hitting, the hits get harder and injuries become more severe, including broken bones and head injuries.

So why are we still having this debate?

The most common argument for spanking boils down to “I was spanked and I turned out okay!” If this was your experience, you’re fortunate. However, it’s important to remember this is not the case for everyone. Many kids are spanked and they suffer—both as children and sometimes as adults.

Spanking has been a part of parenting for generations. This doesn’t make those who’ve relied on the strategy bad parents. We just didn’t know better. But in light of the demonstrated harms, we need to change our parenting behaviour. And the truth is, many non-physical positive parenting strategies are effective in correcting unwanted behaviour. It’s possible to guide and shape children without the risks linked with spanking. Warmer and closer relationships with our kids are created with positive parenting approaches that reward wanted behaviours. Simply stated, there is no reason to ever spank a child.

Many countries, including New Zealand and Costa Rica, and other regions have already banned spanking. Regrettably, Canada has been slow to respond to the science. Making the practice illegal is not meant to punish or criminalize parents, but rather to change our thinking and shift social norms, in pursuit of a non-violent society. Most important, banning spanking is necessary to protect our children. Like adults, children have the right not to be hit.

The Liberals should be commended for committing to repeal the “spanking law” in response to the recommendations of the TRC. Canadians need to make educated decisions based on evidence and not on worn-out opinions. As a nation, we need to comply with the United Nations Convention on the Rights of the Child that prohibits spanking. And we need to love and protect our kids and give them the best chance to live up to their potential. Hitting has no role in achieving that goal.

Tracie O. Afifi, Ph.D., is an associate professor in the departments of community health sciences and psychiatry at the University of Manitoba. She has expertise in child abuse, family violence and mental health. She holds Canadian Institutes of Health Research (CIHR) New Investigator and Foundation Scheme awards.