The dawn of the strongman era is here

The world is tipping into one where realpolitik could run amok. What can Canada do in the face of the rise of strongmen on the international stage? 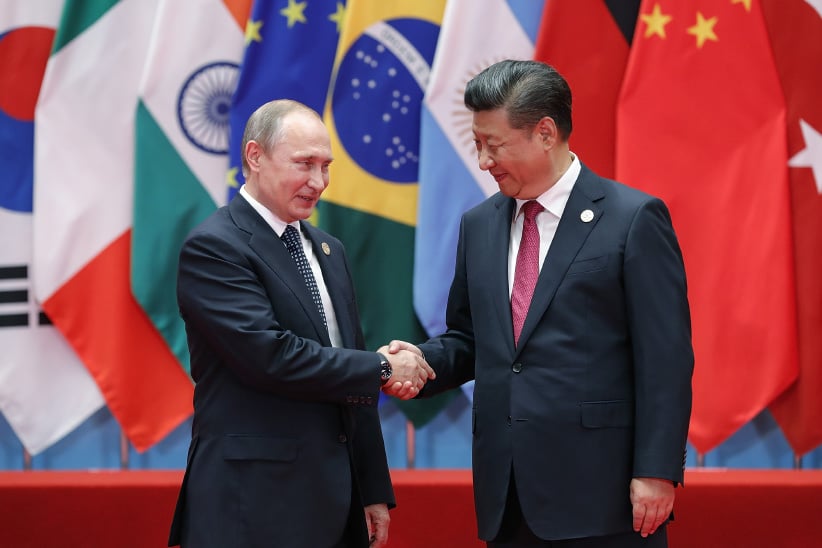 Nothing signalled the Trudeau government’s surprise at Donald Trump’s victory more clearly than the snap offer to open negotiations on NAFTA. “We’re ready to come to the table,” Canada’s ambassador to the U.S. told stunned reporters the day after the election. Canada was “open” to renegotiation. Since almost no one predicted Trump would win, making such a dramatic declaration on Canada’s most vital trade agreement while confetti was still falling inside the Trump penthouse was bizarre. Diplomats are supposed to use their words carefully, and this didn’t sound right. What did it say about how Canada will respond to the new Trump world?

As it turns out, it was a gaffe. While the government had a “scenario plan” for a Trump victory, the ambassador simply meant to assure everyone that tweaking NAFTA—it’s been changed 11 times before—would not amputate U.S.-Canadian relations. Unfortunately, in the delicate political surgery this required, the scalpel slipped and the ambassador took off a chunk of flesh. A senior government source told me that the ambassador “chose the wrong word” and the government has been on their “back heels ever since.” To paraphrase the Silicon Valley aphorism called Hanlon’s razor: “Never attribute to strategy that which is adequately explained by stupidity.”

The trade file blunder, however, was symptomatic of a larger problem facing Justin Trudeau and other Western leaders: the dawn of the strongman era. Trump’s ascension is a signal the world is moving away from multinational institutions, security alliances and globalized trade, where international co-operation on security, climate change and refugees is expected, to a stark world guided by realpolitik, where collective action is trumped by the national interest of the globe’s most powerful men. Trump will opt out of the Trans-Pacific Partnership, and likely the Paris climate accord. He’s questioned the U.S. commitment to the NATO alliance and toyed with banning Muslim immigrants. From Vladimir Putin in Russia to Xi Jinping in China to Recep Erdogan in Turkey, the world is suddenly led by what foreign policy expert Gideon Rachman calls the “cult of the strongmen.” They admire each other even as they compete for dominance, sharing thin skins, thick egos, monumental power, massive personal wealth and an open loathing for critics, the free press and political opponents.

Barack Obama warned about this on his recent trip to Germany, saying Trump should not “take a realpolitik approach,” especially with Russia. Get used to that word, “realpolitik,” because it’s coming back into vogue, and not with the nostalgia of old vinyl, but more like the re-emergence of polio. It will make the world more deadly. I spoke with the Russian ambassador to Canada, who said Trump signals a “fundamental” shift toward realpolitik. Not coincidentally, last week Russia withdrew from the International Criminal Court after it issued a report on Russia’s illegal annexation of Crimea. The Russian ambassador defended his country’s actions by saying Russia has a “different narrative.”

“Different narrative” is a political euphemism for blatant self-interest, part of the shift away from international laws toward the situational ethics of raw power. Strongmen don’t debate political opponents, they lock them up, as Trump used to have his supporters chant. Trump has backed away from his promise to prosecute Hillary Clinton, but his rationale is worrisome. A spokesperson suggested it was an act of kindness. But the president-elect doesn’t decide who to prosecute, the independent judiciary does. If there is a case against Clinton, the system, independently, should make it. If not, then so be it. Presidential pardons aside, the unpredictable benevolence of the president shouldn’t determine how justice is applied. That’s not a democracy.

It’s happening the world over. In the U.K., when three judges ruled that MPs have the final say over Brexit, the Daily Mail declared them “enemies of the people.” Alarm bells should go off when those who oppose popular opinion become enemies of the state. Alarm bells should also go off when the president-elect is so paranoid about actors at a Broadway musical voicing political views that he declares theatres must be “safe” spaces. What does he mean? Critical political views make society less safe? Why does Trump tweet about the satire of Saturday Night Live, as if it’s any different from what the show has done for decades? Is comedy now subversive?

This is not politics, but a form of war. I use that word carefully because in a recent interview with the Wall Street Journal that’s how Steve Bannon, the president-elect’s chief strategist and former chairman of Breitbart News, described how the new administration will proceed. “Politics is war,” Bannon said bluntly. Not war by other means. Just, simply, war.

In this new world, what does Trudeau do? He must defend Canada’s interests and that means trading with the U.S., China and others. Keeping Canada safe and prosperous is essential. Up to now, he has promoted Canada’s economic interests while also shoring up its role on the global stage on challenges like climate change. But as the world tips into realpolitik, as the strongmen cut the restraining laws that were meant to keep their excesses and brutality in check, that will be tested. Trudeau’s father once called for a just society. In a globalized world, that call must be updated and exported beyond our borders.