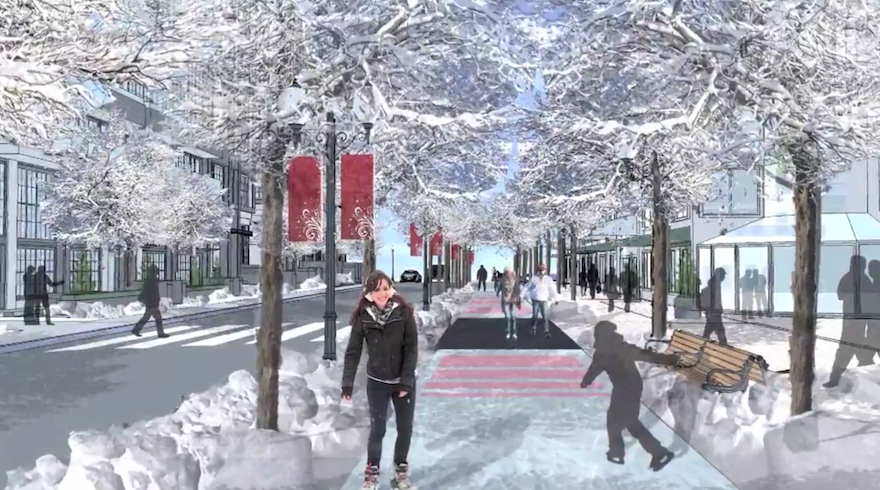 Here’s some classic Canadian ingenuity for you: In 2013, as an architecture student in the University of British Columbia’s graduate program, Matthew Gibbs found that Edmonton spends five months of the year in below-freezing temperatures. So why not take advantage of that and build an 11-km artificial ice trail—the first of its kind in Canada—that Edmontonians can skate on?

The result was his proposed Edmonton Freezeway, which won him first place in the 2013 COLDSCAPES international design competition. It would follow in the footsteps—skate steps?—of Ottawa’s winter use of the Rideau Canal or The Forks in Winnipeg.

Edmonton’s city planner, Susan Holdsworth, says Gibbs’s idea has gained steam, telling the BBC: “We thought we’d have to push the snowball up hill. Instead, it’s like we’re riding downhill, gaining momentum, going faster all the time.” And now, organizers say they’ll give the project a try “as early as next winter,” proving that sometimes the best ideas are the simplest ones that take advantage of what you already have.

So, while we’re at it, we came up with a few other made-in-Canada solutions to other ongoing problems: