He learned Cree playing bingo over the radio and spent countless hours by the waters of Lake Waswanipi. When he started a family, they were 'always outside.' 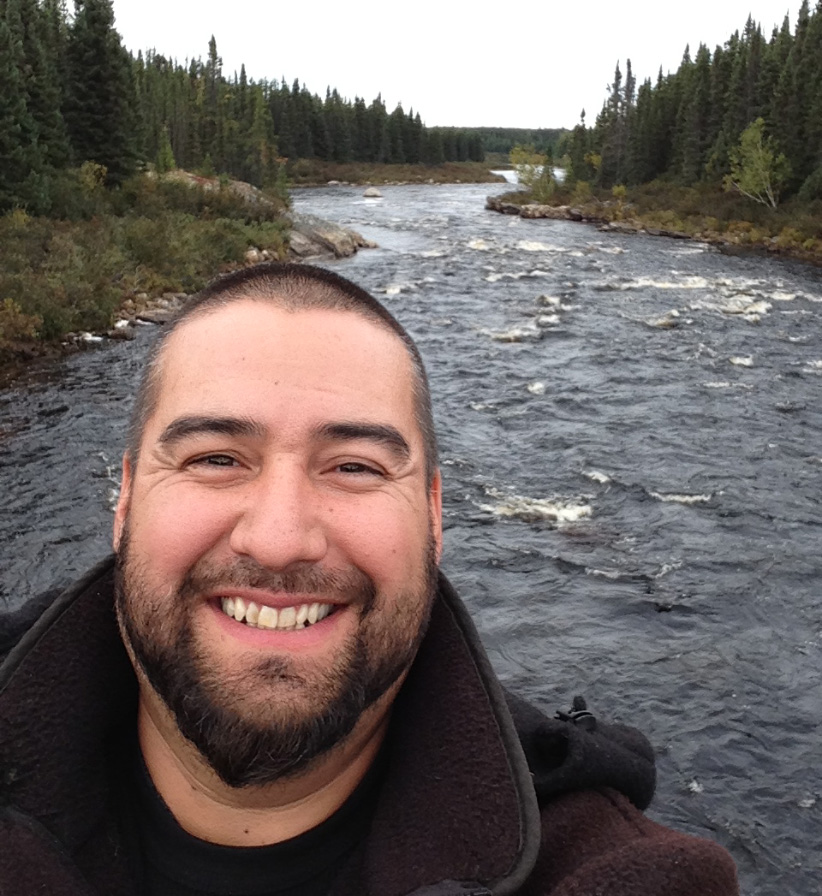 Eric Boutin was born on May 30, 1973 in Lebel-Sur-Quévillon, Quebec to Pierre, who worked construction in the nearby mines, and Elizabeth, a hospital interpreter. Growing up in Desmaraisville with an older brother, Stephane, Eric spent much of his time outside—partially out of necessity. “We didn’t have much going on here in Desmaraisville,” Elizabeth says of the small village. The family would frequently go on camping trips to Lake Waswanipi where Eric especially enjoyed going out on the boat and fishing. And when there was downtime for evenings at home indoors, Eric would sometimes listen to radio when the local bingo game was on the air so he could repeat the numbers and letters out loud in Cree, his mother’s native tongue. “He learned Cree playing bingo,” Elizabeth says.

Eric spoke English, French and Cree at home, and for school each day took a bus every day on the 25-km trip to Miquelon, as Desmaraisville didn’t have a school. One year, however, Eric opted to take a school bus in the opposite direction for 30-km to study on the Cree reserve in Waswanipi.

At 10, Eric’s family went on a trip to Montreal to visit his aunt. When they went to a shopping mall one day, Eric was completely enamoured with technology he had never seen before: an elevator. “He was bored of shopping so he took the elevator up to the second floor and then came back down,” remembers Elizabeth. “Then up and down again.” Eventually, security spotted the youngster going up and down so many times, they had to interject. Fortunately, his mom was nearby keeping a close eye on him.

By the time Eric started high school, his love of the outdoors only grew. He started driving motocross in the summertime and each winter there’d be snowmobiling with his dad.

After graduation, Eric took a course offered through Hydro-Quebec. Then he started working with the company as an equipment mechanic at the La Grande-2 hydroelectric power station near Radisson, Que., along the James Bay.

Living in a new town, Eric would often be out snowmobiling or hunting for moose—but during the seasons when the weather wasn’t optimal for even camping or fishing, Eric was happy to relax indoors and play billiards—though he took winning seriously. At the onset of one 20-man tournament, “Eric looked at me and said we’d meet it the final,” says his friend Mario Ouellet. “And that’s exactly what happened.” And, to Mario’s chagrin, Eric won the final—not to mention the cash prize.

One summer night in 2003, Eric was out for a bite at the local restaurant in Radisson where met one of the waitresses, Marie-Eve Gagné. Eric asked her out and, for a first date, invited her to a picnic along the waterfront with a campfire. “One of the first things he said to me was: ‘Do you want kids?’” Marie-Eve remembers. “He was ready to have a family.”

By October, the two moved in together, living in St.-André-Avellin. A year later, they had a boy, Xavier. Next came a girl, Florence, in 2008. It was the same year the family bought a house in Vallée-Jonction, just south of Quebec City.

Eric stayed on with Hydro-Quebec since they first hired him, eventually shifting into the role of central operator working with the computer systems. His schedule involved one week away from family working near James Bay at La Grande-3, a long commute from home, but then spending an entire week with his family to be completely devoted to his kids. He’d take Xavier and Florence on fishing trips or out for a swim in the pool. There’d be times they played soccer together or, when the kids got a bit older, he’d bring them on a snowmobile ride. “Always outside,” Marie-Eve says.  And on weekends, Eric was often one to invite friends over for dinner and a glass of wine—or rum—before starting up a campfire come nightfall. Eric would also spoil himself on occasion, like in 2013 when he got a Harley Davidson motorbike. He was happy to take Marie-Eve out riding with him.

On January 9th, after finishing his regular work shift at the La Grande-3 generating station, Eric left via snowmobile to meet up with some colleagues. He never arrived. Snowmobile tracks led to a nearby reservoir, where it is assumed he fell through the ice. Eric’s snowmobile was found four days after he was reported missing. His body was discovered on May 11th. Eric was 43.