The fault with fearing refugees

Syria may be a security risk, but there is a historical precedent and rationale for welcoming its refugees 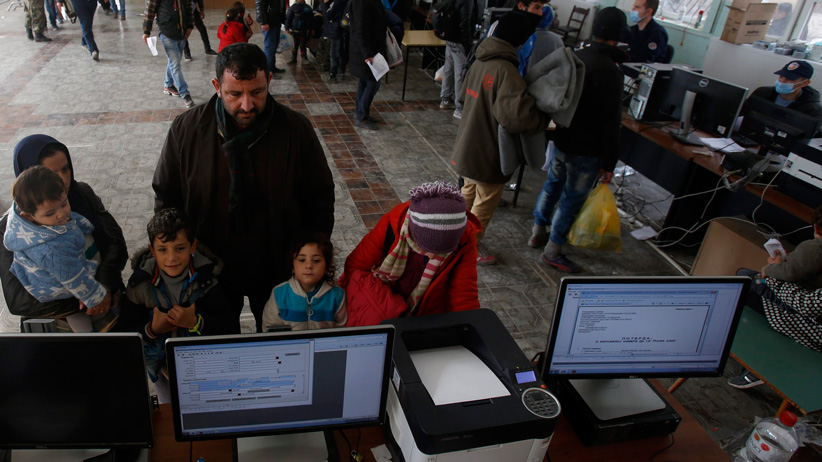 In the spring of 1981, a 32-year-old high school teacher from Mississauga, Ont., named Paul Fromm publicly denounced Pierre Trudeau’s Liberal government’s admission of 60,000 Vietnamese refugees. By bringing in so many of those fleeing communist rule in that war-torn country, Fromm said, Trudeau was leading “Canada a long way down the road of socialism” and bringing “a racial problem” to these shores.

Fromm, who also served as treasurer for the umbrella group representing Toronto-area Progressive Conservative riding associations, was quickly denounced by his own party and the governing Liberals. Yet his broader point—that an influx of people from an unstable country was an imminent threat to Canada—held a certain sway in mainstream political discourse.

Two years before, the National Citizens’ Coalition, a conservative lobby group, took out full-page newspaper ads that warned that Canada would be overrun by “at least 750,000 [Vietnamese] in the not too distant future” should the initial refugees be allowed in. Even the Toronto Star, long a bastion of liberal and Liberal party thought, cautioned North America and Europe against “fling[ing] their doors open to this displaced humanity.”

“A Vietnamese peasant would find it all but impossible to adjust himself to this different world, culture and climate,” wrote the paper’s editorial board in 1978.

Time is humanity’s best punchline. The National Citizens’ Coalition became the ideological crucible of one Stephen Harper, whose last, losing election campaign to be prime minister for a fourth term was notably marked by fears of creeping Islamism and a corresponding reticence to open the borders to Syrian refugees. The Toronto Star is even more achingly liberal than before, so much so that I doubt the paper would even jokingly question the Vietnamese peasant’s ability to survive a Canadian snowstorm. Paul Fromm, meanwhile, has since become one of this country’s most notorious white supremacists.

And nearly 35 years later, another Trudeau has sparked a similar debate over those attempting to escape yet another bloody war. Justin Trudeau made it a campaign pledge to admit 25,000 Syrian refugees into Canada by year’s end, a promise to which he has held fast, despite political pressure in the wake of last week’s terrorist attacks in Paris.

You’d think that the prospect of helping desperate people escape a homicidal government and a host of equally homicidal terrorist groups would be a political no-brainer. Certainly, that is how it seems now with the emigration of “boat people” to Canada in 1980. Yet now as in 1978, anxiety, disdain and outright hatred for the idea (and sometimes the refugees themselves) have entered mainstream political discourse.

“Quite simply, just because these refugees are from Syria and have Arab-sounding names, there is an uninformed opinion that because of this they are potential terrorists,” says Ron Atkey, the architect of the Canadian government’s “boat people” plan of 1979, and who is advising the current Trudeau government on its Syrian plan.

As in 1979, the main concern seems to be security. This crop of prospective refugees comes from Syria, “a country steeped in very evil terrorism,” as Conservative MP Candice Bergen helpfully pointed out to me recently. She worries that ISIS is lurking amidst them, and is “embarrassed and sickened” by Trudeau.

They are, so I asked. The 25,000 refugees will be drawn from displaced persons camps in Jordan, Turkey and Lebanon, and will be screened by Canadian visa and immigration officers. “We are being diligent in taking appropriate steps to ensure that security considerations are incorporated into our efforts and no compromises are made,” says Public Safety spokesperson Zarah Malik.

Women and children are the majority in these camps, Atkey says, if only because the men have either gone off to fight or have died. And with some 10,000 km of land and ocean between us, Canada has the virtue of geography. Unlike, say, Greece, where refugees tend to come in border-busting hordes, we have the pick of the litter, to use a terrible analogy. “It worked well in ’79 and ’80, and it will work now,” Atkey says.

Of course, no system is perfect. Nothing is. All we can do is rely on historical precedent. Despite widespread concerns, neither increased criminality or a communist insurgency accompanied those 60,000 Vietnamese refugees. Today, Canada’s Vietnamese population stands at about 220,000—less than a third of the National Citizens’ Coalition’s dire prediction. Among them are politicians, writers, artists and Olympians. If this is anyone’s nightmare, it’s Chairman Mao’s.

Syria undoubtedly poses a security risk. Yet it takes a particularly blinkered sort of logic to come to the conclusion that its people are terrorists in waiting. Again, a bit of history: Canada has accepted roughly 2.5 million refugees and immigrants over the last 10 years alone, according to Statistics Canada data. The country’s Muslim population has doubled every one of the last three decades. And yet the two Islamist terrorist attacks, including that on the Parliament buildings last year, were perpetuated by born-and-bred Canadian converts to that religion.

No, Syrians are running because they are desperate. According to the Syrian Network for Human Rights data, close to 200,000, including 20,000 children, have been killed since 2015—the vast majority by the Syrian regime. If it isn’t the regime they are fleeing, it’s the hundreds of armed groups that constitute the rebellion against it. Time only means more bloodshed. Right now is the worst time to be thinking the worst of Syria’s myriad victims.

Related: Refugees near Paris issue their grief as attacks follow them