The urgent fight to save Toronto's ravines from invasive species

The city's peerless ravine system, worth billions according to estimates, stirs a deep psychological and emotional connection among locals. Invasive species now pose an existential threat. 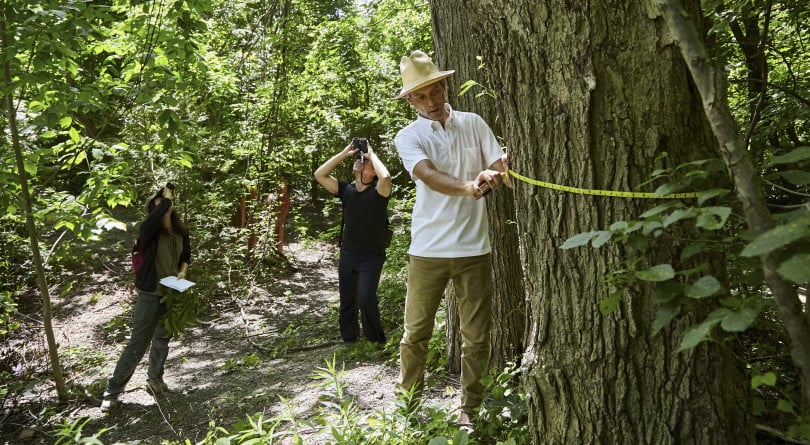 The black maple grows in Toronto's ravines and parks, which are threatened by invasive species (Photograph by Christie Vuong)

At ﬁrst glance, there seems little amiss in the thickly forested valleys that wind throughout Toronto. The peerless ravine system, with its abundant oaks and pines, forms a vein-like network of green trails and streams that criss-cross Canada’s largest metropolis, earning Toronto its reputation as a “city within a park.”

But Toronto’s unique system of steep valleys and dells—which cover 17 per cent of the city—are at the edge of an existential crisis, according to a study released last year by the University of Toronto. Invasive species, from Japanese knotweed to Norway maples, are taking over the native ecological composition, the study warns, accelerating soil erosion by leaving the forest floor, once covered with seedlings, virtually barren.

“When you ask the people to look around, their jaws drop, and they go, ‘oh my gosh.’ All the vegetation is invasive, dog-strangling vine and all this garlic mustard—all these toxic plants,” says ecologist Eric Davies, one of the co-authors of the study. “Our data showed that there’s this really steep decline in the health of the forest and the biodiversity living in it. A full ecological collapse.”

Walking through a ravine with Davies, you can see the extent of invasion: thickets of knotweed and Norway maple—until recently prized as ornamental plants in the city’s homes and gardens—suffocate or “shade out” the native undergrowth, leaving soil vulnerable to erosion while fatally exposing the native maple and oak to harsh winter. As the native trees died off, “birds declined, mammals declined, and you can see just a real visible destruction,” Davies says.

Dale Taylor, a naturalist who in 1977 co-authored with his friend Paul Scrivener an original study looking at the state of flora in the ravines, was born and raised along those in the Rosedale Moore Park area. “Toronto’s really unique among cities in that kind of ecology,” Taylor says, “and ravines are very important. They are the great respirators; they cool in summer. They are Toronto’s green lungs.”

They’re also a powerful bulwark against natural disasters, notes Scott MacIvor, a University of Toronto professor who researches biodiversity conservation through urban planning. Their main function is to mitigate flooding by moving water.

In 2014, Toronto-Dominion Bank estimated the value of the ravines in their natural state at $7 billion because, among other beneﬁts, the vast tree-covered space absorbs air pollutants, captures particulate matter such as dust, ash and dirt, and efﬁciently stores rainwater. 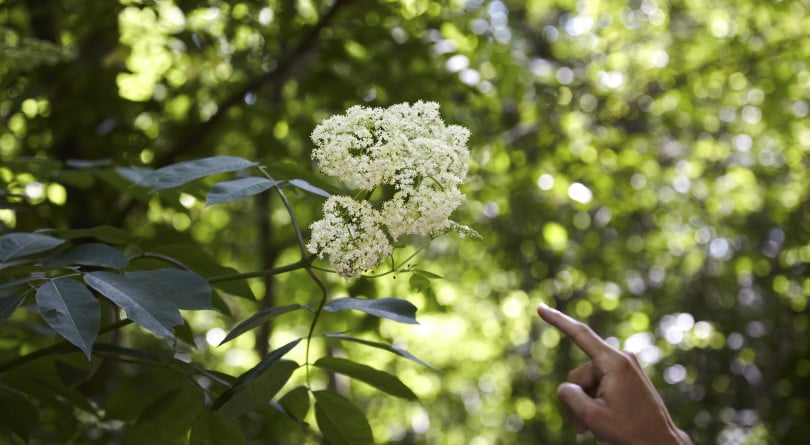 The city, meanwhile, has initiated a partnership with the Toronto and Region Conservation Authority through a community stewardship program in which volunteers monitor the growth of invasive species and plant native trees to protect and maintain the ravines.

But to Davies, Toronto’s low-budget strategy isn’t good enough, given the scale of the crisis. “When it comes to the environment, we still treat it as a hobby. Can you imagine if we had the same approach with our health care?” he asks. Comparing the environment and human medicine is useful, he adds, because understanding how an ecosystem functions is no less complicated than understanding a living being.

One solution, Davies and other advocates believe, is to mobilize scientists and a public-private partnership to foster large-scale restoration. Similar efforts are being made in New York City, where the Central Park Conservancy has raised more than $1 billion through private donations to replenish the park’s ecosystem.

RELATED: A century after the Halifax explosion, grim reminders can still be found in trees

“We’re never going to be able to eradicate invasive species entirely, but we need to manage them so that their impact on the local environment is minimized,” says MacIvor. “It’s critical to educate and engage the public to not only identify invasive species but ensure that they’re contacting the authorities to deal with them.”

In Toronto, the battle goes beyond reversing complex ecological damage or merely cleaning up the forests. It speaks to local people’s deep psychological and emotional connection to the ravines.

“Ravines are the chief characteristic of the local terrain, its topographical signature,” wrote journalist Robert Fulford in a 2000 column describing the impact of the ravines on the city’s culture and evolution. “They are both a tangible (though often hidden) part of our surroundings and a persistent force in our civic imagination. They are the shared subconscious of the municipality, the places where much of the city’s literature is born.”

Lawrence Warriner, a trail runner who founded a grassroots group that clears the ravines of garbage each year, was born right above one of the urban dells and has explored them since he was a child. He says ravines like the one carved by the Don River offer an inimitable place where you can escape into the natural world for the sake of preserving mental health and reconnecting with nature.

“You’re immersing yourself, and everything else vanishes. You get to use those trails for as long as you want. It’s a completely democratic space,” he says. “You’re there in the moment, away from the city noise. Your identity starts to become part of the Don. It’s amazing.”

This article appears in print in the September 2019 issue of Maclean’s magazine with the headline, “A slippery green slope.” Subscribe to the monthly print magazine here.