In any given year, Alberta experiences between 1,000 and 1,700 forest fires. Consider the scope of the current devastation 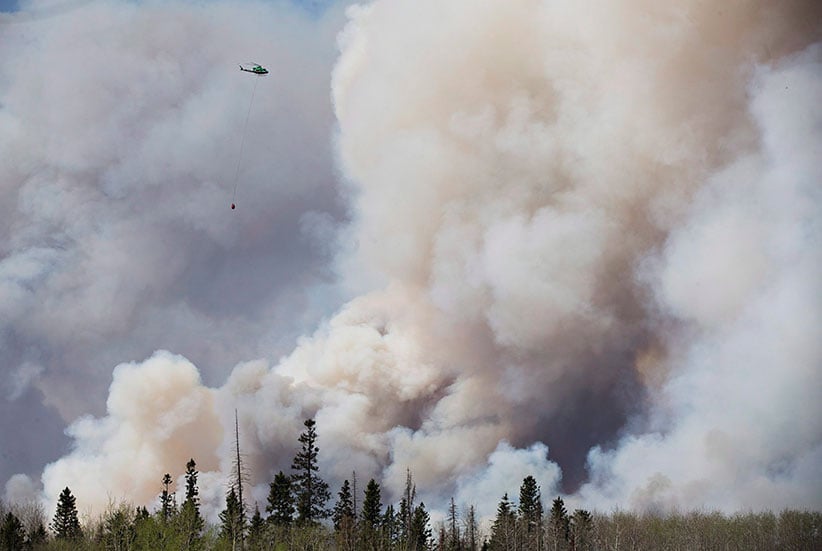 A helicopter battles a wildfire in Fort McMurray Alta, on Wednesday May 4, 2016. The wildfire has already torched 1,600 structures in the evacuated oil hub of Fort McMurray and is poised to renew its attack in another day of scorching heat and strong winds. (Jason franson/CP)

As a wildfire ravages Fort McMurray, Alta., Maclean’s looks at the past decade’s worth of wildfire data from the Alberta government (last year’s numbers have yet to be released). Here are four charts that explain the scope of the devastation—and offer some insight into how Alberta’s wildfires start in the first place.

How many hectares have burned so far in Fort McMurray?

As of May 4, the flames were far from extinguished, and already they’d destroyed more than 10,000 hectares (Update: On May 5, the Alberta government reported that the fire covered an area of approximately 85,000 hectares). This is significant; the consumed area is now half as many hectares as were destroyed in the entirety of both 2008 and 2013. The chart below illustrates the scope of the massive Slave Lake fire in 2011. The province experienced particularly dry and windy conditions that summer. 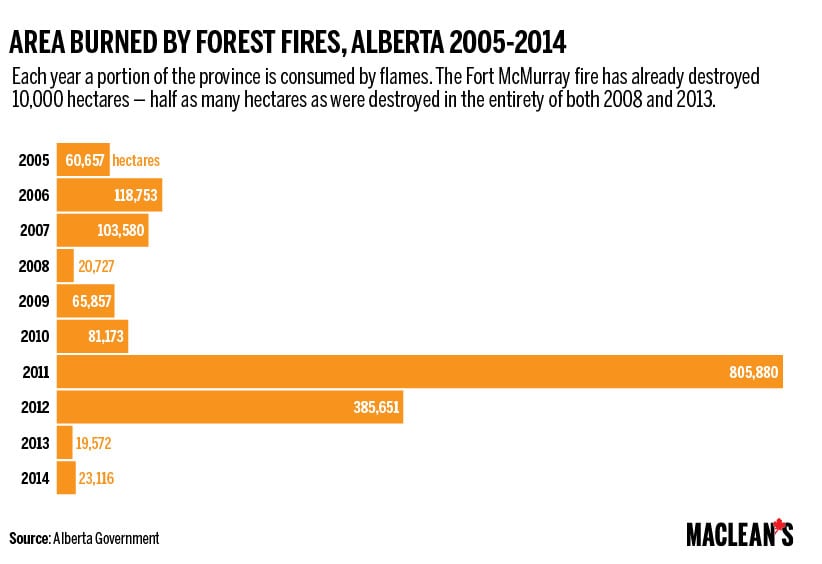 Is it more likely that this fire was started by humans or nature?

As of May 4, authorities hadn’t determined the origin of the Fort McMurray wildfire. In the absence of that data, the chart below tracks 10 years of wildfire data in Alberta. Each year, more fires are caused by humans than by lightning. 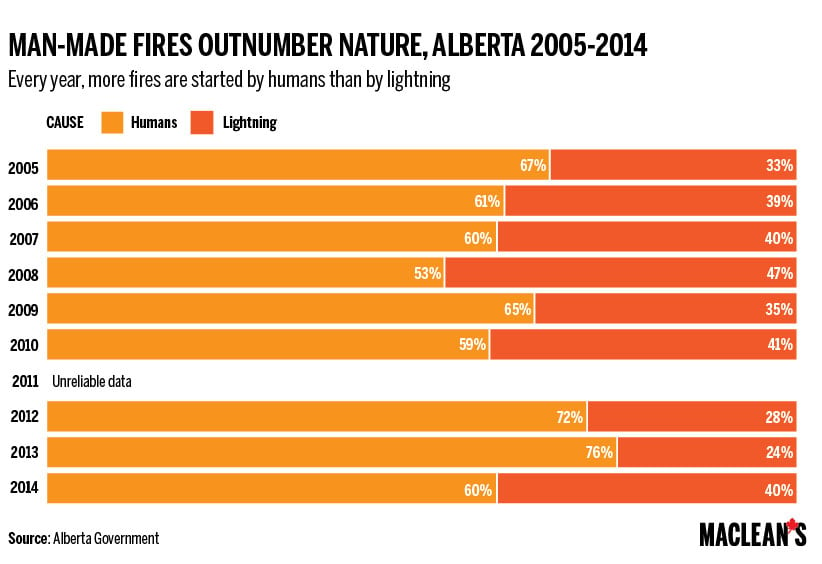 However, while more fires are started by humans, the total number of hectares consumed by human-induced fires is significantly fewer than lightning-caused fires. 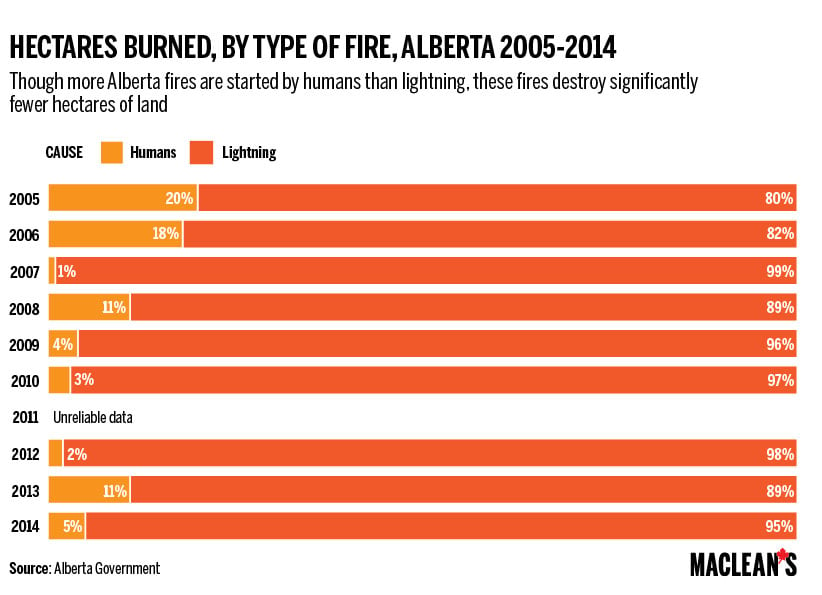 How many wildfires does Alberta experience in a year?

Alberta generally has between 1,000 and 1,700 wild fires in a year. Natural Resources Canada says the whole country sees about 8,300 forest fires in a year. That means approximately 15 per cent of the nation’s fires burn in Alberta. 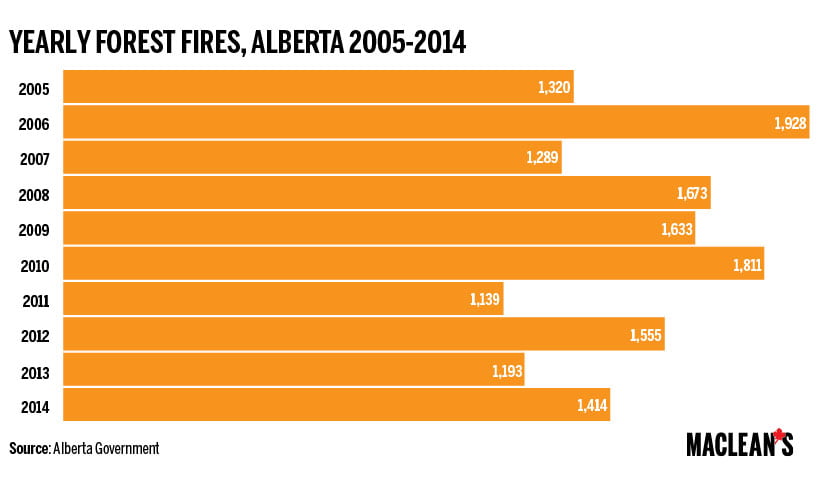