The high cost of meeting basic needs in northern Ontario 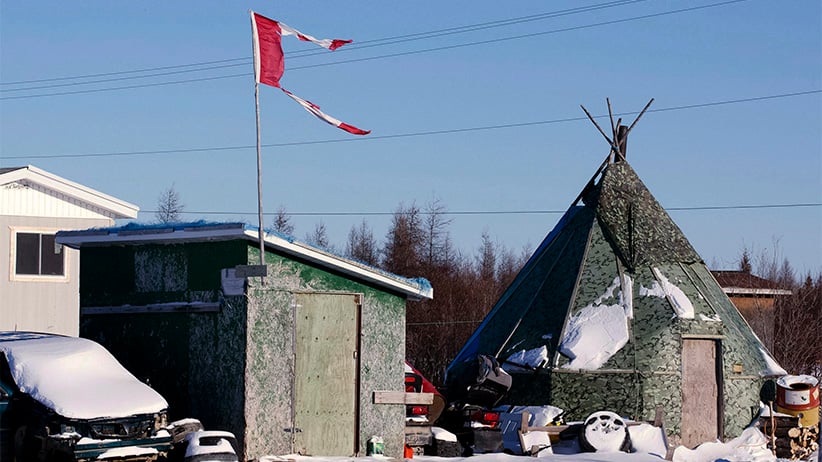 The remains of a Canadian flag can be seen flying over a building in Attawapiskat, Ont. on November 29, 2011. (Adrian Wyld, CP)

The report from Food Secure Canada looked at the cost of certain food items in three northern Ontario reserves — Moose Factory, Fort Albany and Attawapiskat — located in the Mushkegowuk territory, along the James Bay Coast.

It found on-reserve households in Fort Albany must spend at least 50 per cent of their median monthly income to buy food for a basic nutritious diet. The report said a “reasonable assumption” suggests Attawapiskat and Moose Factory must do so as well.

“For households that live on fixed incomes, spending more than half of their monthly income on food leaves little for other basic needs and does not allow for unexpected monthly costs,” the report said. “When forced to choose, people pay for fixed expenses first, and food becomes a `flexible’ element of the household budget, despite the centrality of food to ensuring long-term health and well being.”

The report said such households often need to make choices about kind and amount of food they can buy, and opt for poor quality food that is filling and cheaper but less nutritious.

The report also compares food prices in the northern communities to comparable purchases in southern Ontario.

It says the average cost of a food basket for a family of four for a month in the northern community of Attawapiskat in June 2015 was $1,909, compared to $847 in Toronto. 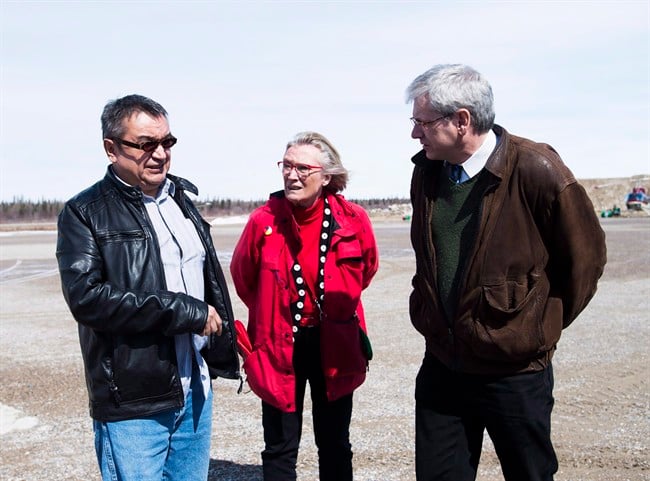 “We are living hand to mouth,” Gigi Veeraraghavan, a community health worker and one of the report authors said in a release. “The subsidy, as we experience it in Fort Albany, has not made it possible for the average family to eat well, let alone afford basic things like diapers and toilet paper.”

NDP MP Charlie Angus, whose riding includes the three reserves studied in the report, said the findings don’t surprise him.

“We have families going hungry all the time in the north, people who can’t afford to put basic food on the table,” he said in an interview. “We have in Canada a first world economy and we have a fourth world, and the fourth world is in the north, where children are not able to get fed. Where it’s cheaper to feed your children pop and chips because you can’t afford to give them nutritional vegetables and fruits.”

Angus added that the Nutrition North program is “broken.”

“We’ve heard the government say they’re going to look at the program but tinkering with this program isn’t sufficient. There is a serious food crisis affecting all the northern communities so we need to completely look at an overhaul of this system.”

The deputy grand chief of the Nishnawbe Aski Nation, which represents 49 First Nation communities in northern Ontario, said the report’s findings are a call for action that must be answered by the federal government.

“The fact that many of our people lack access to, or simply cannot afford, healthy and nutritious food to feed their families is outrageous,” Derek Fox said in a statement. “The Nutrition North program needs to be more transparent and reflective of the circumstances our people are facing, with our First Nations engaged as full partners.”

The report suggested that simply reducing food prices is unlikely to have a noticeable impact on food security for northern First Nations.

“Although geographical isolation exacerbates the food insecurity of northern First Nations, it is only one of many barriers. This suggests that, although identifying the high cost of foods is a critical exercise, it would seem that the problem of income-related food insecurity…in the North is but one piece of a much larger, much more complex puzzle,” it said.

“The puzzle we refer to extends far into the historical record that ultimately affects First Nations’ ability to exert control and sovereignty over their food.”