The importance of Jean Lapierre

An irreplaceable voice in Quebec, he both possessed political power and derived obvious joy in chronicling the pursuit of it 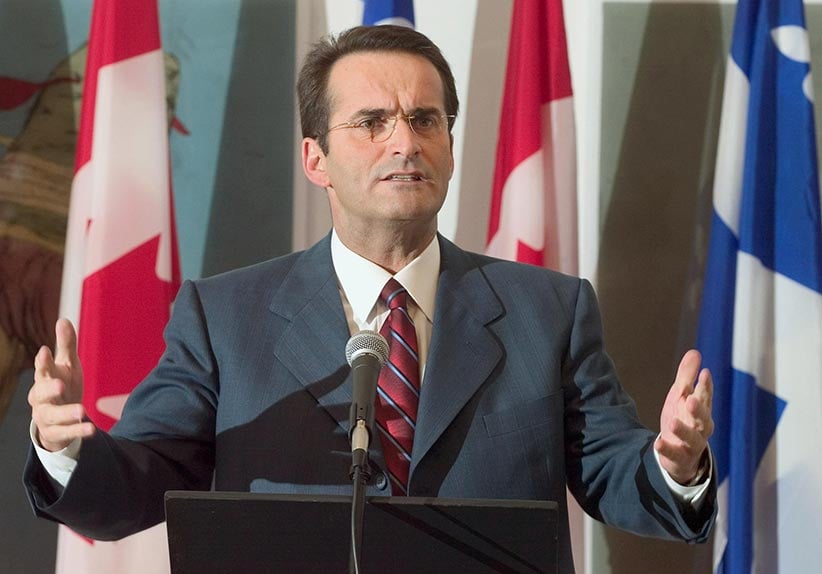 Jean Lapierre announces he will run for the Liberal party nomination in the Montreal riding of Outremont Thursday, Feb 5, 2004 in Montreal. Paul Chiasson/CP

You had to speak to Jean Lapierre. Whether you were a journalist or a politician or a soccer mom strolling Carrefour Laval in the run up to an election campaign, his face or his phone number was a magnet beckoning you to ask questions or spill your guts. When he died yesterday, tragically and unexpectedly at age 59, along with several members of his family, the mind struggled to find a precedent to Jean Lapierre. He was a politico-media hybrid who at various times in his career both possessed political power and derived obvious joy in chronicling the pursuit of it for his audience. His smile had elbows. His quotes begged to be put into print.

I first spoke to him on the record a couple of years ago. Another journalist gave me his number, with instructions not to attempt a meeting with Lapierre in public, unless I wanted to watch him hold court with whoever was at the surrounding tables for two hours.

We talked by phone instead. He was eminently quotable—“The name Justin Trudeau and the economy don’t exactly go had in hand. All he does is say ‘middle class’ 100 times in his speeches,” was but a sliver of his bon mots—and then he filled my ears with totally unprintable political gossip. He did so at roughly six words a second, in that mildly nasal voice of his that accentuated his delight in the trade of minor-league political intrigue. A phone call with him was like getting your hair done with a soothsayer.

In both his political and media careers, Lapierre was every bit a product of Quebec. The Liberal Party of Canada was his “second home”, as he put it once, but he quit a promising trajectory in federal politics when Jean Chrétien, the patriarch of that second home, campaigned against the Meech Lake Accord. The accord would have given certain powers to Quebec, in exchange for the province’s official blessing of the constitution. Chrétien wanted none of it, so Lapierre wanted none of him. “I have too much pride to associate myself with Jean Chrétien, even for one minute,” Lapierre said.

Instead, Lapierre went from uber-federalist to being one of the co-founders of the sovereignist Bloc Québécois in 1990. He proved equally adept at disavowing himself from the Bloc shortly thereafter, to start his first stint as a commentator on Montreal’s CKAC radio station and as a news anchor the upstart TQS station.

This isn’t an accident. With his country-bumpkin accent and his lip, Jean Lapierre would never fit on the gilded airwaves of Radio-Canada; his content and delivery was pure populism—like Chrétien, actually. This light populist touch in politics and media was gold, and Lapierre extended his career into the corporate world as well, selling strategic advice to ONEX, Imperial Tobacco and Rogers AT&T, a former subsidiary of Rogers, which publishes this magazine. Lapierre never made a secret of these gigs; if his employers had a problem with it, they could drop him as a client. That no one ever did was testament to his popularity.

He returned to politics at the behest of Paul Martin, and served as transport minister until the Martin government’s defeat in 2006. He resigned as MP a year later; Ottawa can be a lonely place for a lowly opposition MP. Instead, he returned to his other second home on the airwaves of Quebec’s private radio and television stations, in English and in French.

His targets were many. “He is to politics what tofu is to salad: no colour and no flavour,” Lapierre said of former federal Liberal leader Michael Ignatieff in 2011. He called Gilles Duceppe a “coward” for not pursuing the Parti Québécois leadership. During the 2012 Quebec election, he trashed Jean Charest for the constant whiff of corruption around the Quebec Liberal Party, and talked up the rightist Coalition Avenir Québec (CAQ). A CAQ operative later told me that Lapierre’s kind words greatly benefited the party, and probably would have won it the election had the campaign continued for another two weeks.

In 2014, Lapierre was openly critical of the Parti Québécois so-called “values charter”, the divisive measure that would have banned overt religious accoutrements from the bodies of Quebec’s public servants. The charter served as the PQ’s warhorse in that election, and it put Lapierre at odds with PQ candidate Pierre Karl Péladeau—who also happened to own the very station from which Lapierre shot his arrows.

Péladeau, Lapierre once told me, never tried to get him to tamper down the criticism. This is probably less a comment on Péladeau’s editorial tendencies—the media tycoon-cum-politician has been known to be overbearing in his newsrooms before—than on Lapierre’s own power and sway.

Lapierre almost singlehandedly fomented Quebec’s collective appetite for dishy, succinct and entertaining political commentary. Now that he is gone, there is literally no one else to replace him. Quebec airwaves will never be the same. Certainly, they will be a lot quieter.