The man who marks the edge of Canada

Joe Harrietha has faced off against wildfires, mosquitoes and melting permafrost as he and his team maintain thousands of Canada-U.S. boundary markers 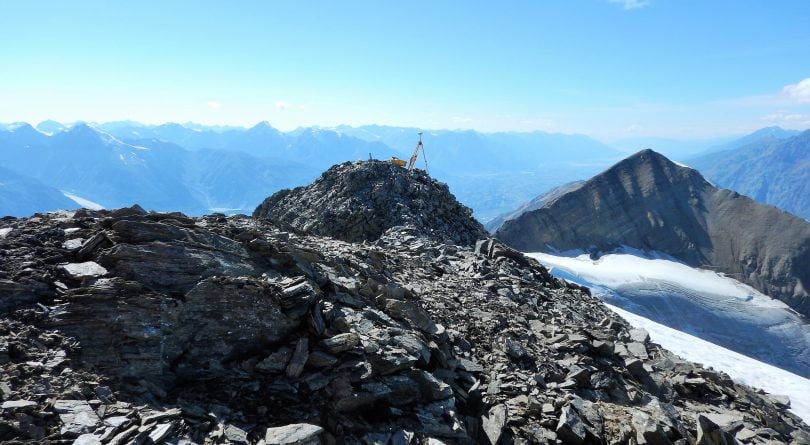 As Ottawa politicians squabble about asylum backlogs at the border and expend whole Hansard volumes on the difference between an irregular crossing and an illegal one, a scrappy band of bi-national border builders has been preoccupied lately with a far more existential issue: Alaska and Yukon are sinking slowly into the Arctic Ocean.

The 141st meridian draws a stark line dividing two vast northern territories—a clear-cut “vista,” 10 feet on either side of the border, slashed as far as the eye can see, same as most of the expanse of forest that separates Americans and Canadians. Where that line meets the Beaufort Sea lies the ﬁrst of thousands of obelisk monuments, bronze landmarks almost no one ever sees. Only a year ago, that “Monument 1” marker was sinking into the sea thanks to constant wave action and melting permafrost that forced erosion—up to 40 m a year at some points along that coast, according to Natural Resources Canada.

When outside forces—natural or human-caused—mess with the placement of a border marker, it’s up to the bi-national International Boundary Commission (IBC) to ﬁx it. And on the Canadian side, which does half the commission’s taxpayer-funded work, there’s an undisputed candidate for the task: Joe Harrietha, a senior surveyor and 25-year veteran of his craft who’s been pretty much everywhere in the borderlands. “The hardest and the most challenging—that’s where I want to go,” he says. Last summer, Harrietha moved on to the jagged peaks of the Rocky Mountains along the 49th parallel, carefully jumping out of helicopters then balancing precariously on narrow, snowy ridges for hours at a time. All to make sure the boundary is marked just so.

READ MORE: What to expect when crossing the Canada-U.S. border

That invisible line matters to the IBC, which leaves no wiggle room, even if that 20-foot-wide clear-cut along it looks like a buffer. “Some people call it no man’s land,” says Harrietha. “It’s a falsehood. Private landowners own right up to the border. The laws go right to the border. Sometimes I call it a thin magic line.”

Rarely in the past century has the line seemed so vividly deﬁned and palpably present. The Parliamentary Budget Ofﬁcer estimated the total cost of “irregular migration” into Canada at $340 million in 2017-18, rising to $396 million in 2019-20. When asylum seekers cross the border outside an ofﬁcial port of entry—say, where Roxham Road in Quebec meets a road by the same name in upstate New York, separated only by a ditch, a posted sign, an obelisk and a bunch of Mounties—there’s no grey area for law enforcement. They’re subject to Canadian laws the moment they cross the “thin magic line.”

Beyond a handful of irregular crossing points popular with asylum seekers, Canada’s border with the U.S. stretches for thousands of kilometres mostly untested by anyone making a run for a new life. The 20-foot border vista scales the Rocky Mountains—the ﬁrst surveyors were mountain climbers who used smoke signals—and, on its way to the coastal plain by the Beaufort Sea, negotiates impenetrable glacial iceﬁelds near Canada’s highest peaks. All Harrietha’s crew needs is an outcropping of rock and a keen sense of direction to refurbish an old monument or install a new one in a concrete base.

RELATED: What are we debating when we debate border crossers?

When Harrietha was surveying the Yukon-Alaska line in 2017, a wildﬁre tore across the border near the remote Yukon village of Old Crow on the northern bank of the Porcupine River—erasing the vista in the process. Harrietha’s crew bunked in a small cabin with a team of ﬁreﬁghters sent to battle the blaze. “Five men per room, no screens on the windows, with an army of mosquitoes outside,” he noted at the time. On the same trip north, the day he saved Monument 1 from melting permafrost, Harrietha shared a meal with local Inuit who were ﬁshing nearby.

The IBC commits heavy resources to the “West Line,” the high-trafﬁc area that separates Quebec from New York and Vermont and includes the towns of Stanstead, Que., and Derby Line, Vt., where a library famously straddles the border. Harrietha spent time there last summer and is likely headed back next year, too. That’s where he ﬁnds the biggest change in the borderlands. In the past 10 years, he says, the surveyors have worked more closely than ever with law enforcement on both sides, “trying to address their concerns of where the boundary might be a little obscure.”

For a “true boundary man,” as Harrietha describes himself, adventure comes with sacriﬁce. “It can be quite daunting with the long summers, the heat, the time away from home,” he says. But a surveyor can’t ask for more than that Arctic assignment he would later describe in a line of poetry: From the sea where I could see the icebergs flow / to the highest where no man should go. 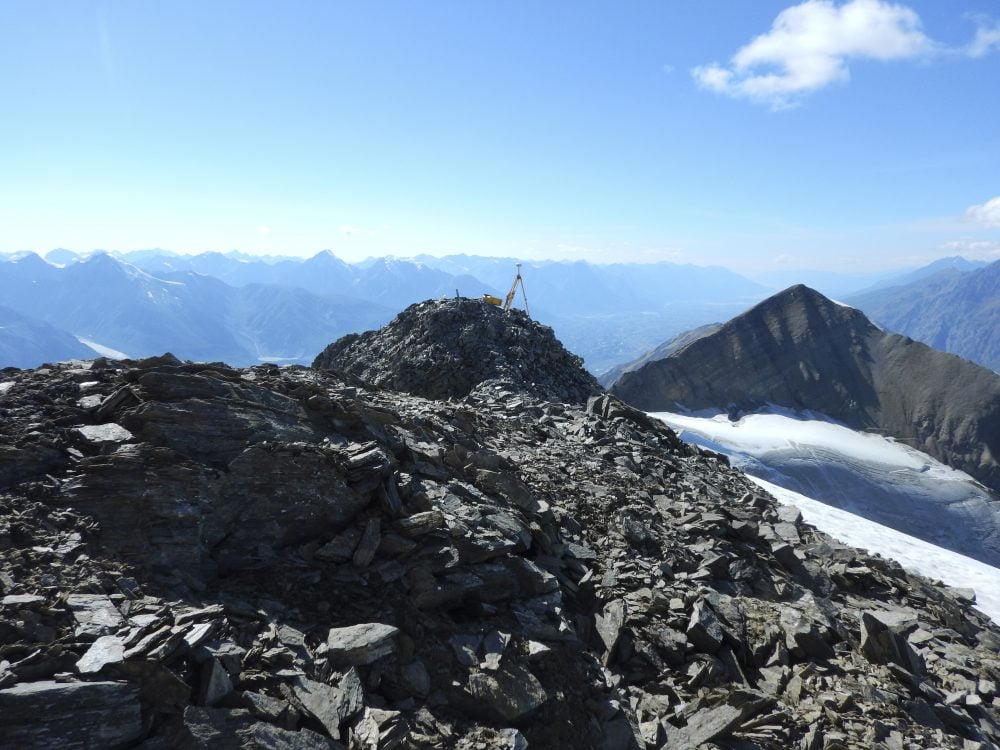 In the vicinity of Monument 189 on the Yukon-Alaska border in the Wrangle Mountains. The GPS survey instrument is set up on an old boundary control station to reference the location of the original boundary, in case any original monuments are displaced or lost.