The numbers behind the Yukon earthquake

Just how common are earthquakes like the one that shook the border between B.C. and Yukon? 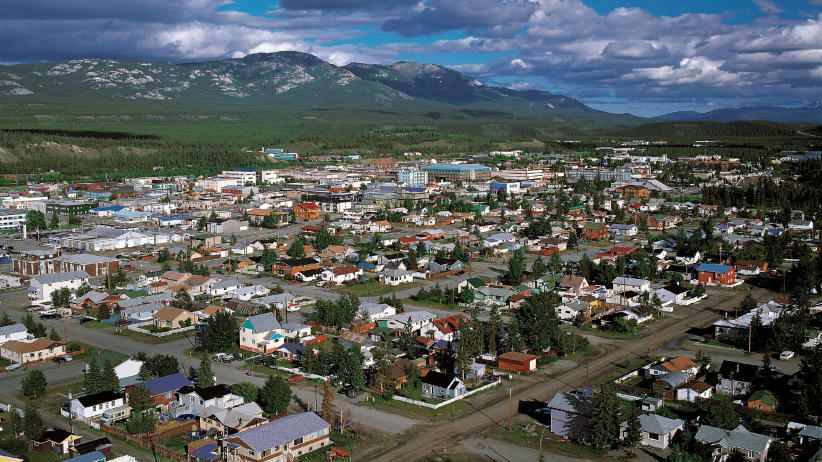 Some residents in Yukon and British Columbia woke to a rumble on Monday morning as a series of earthquakes shook the region.

The first quake measured 6.2 on the Richter scale and took place 127 kilometres outside of Whitehorse, near the border with British Columbia, according to Natural Resources Canada. Fortunately there were no reports of injuries or damage.

The earthquake struck in an area that doesn’t see nearly as many quakes of this scale as B.C.’s southern coast does.

There have been 38 earthquakes that measured higher than six magnitudes since 1985—the year Earthquakes Canada started collecting information.

Some of the world’s largest earthquakes have happened in B.C., according to the City of Vancouver. It is considered a high-risk zone because it is near the Cascadia Subduction Zone—an area where two large tectonic plates overlap.

The coast of British Columbia is the only place in Canada where that happens, according to Nicholas Ackerley, a seismologist with the Canadian Hazard Information Service.

“In regions where the tectonic plates come together, the earthquakes are more violent and more common,” he said.

Monday’s earthquake happened in the St. Elias Region—a location where a couple different plates come together.

“Although there’s lots of earthquakes and they can be quite large, even that region isn’t capable of producing as big as earthquake as Cascadia,” he said. 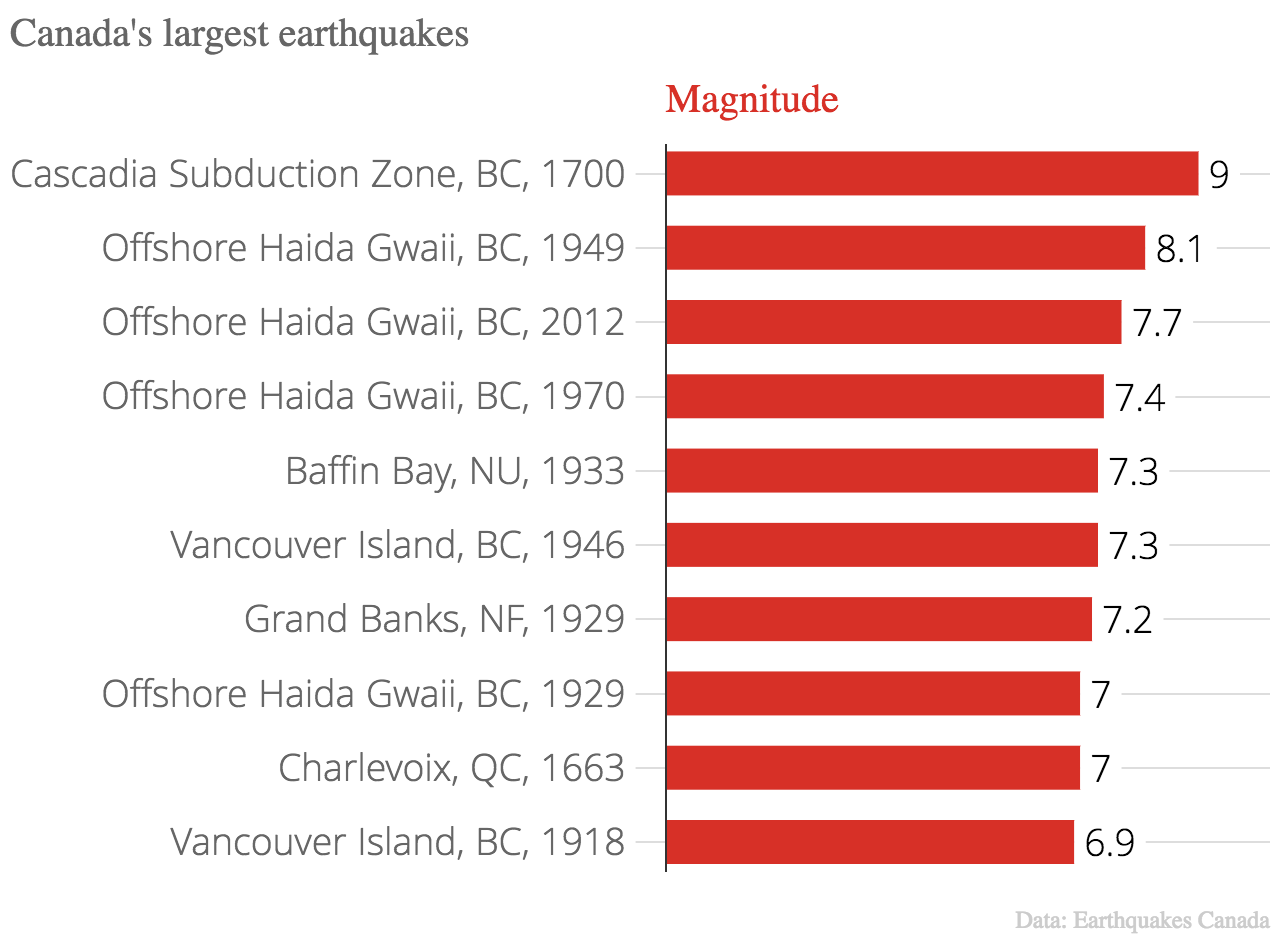 The largest earthquake in Canadian history happened in 1700 of the coast of British Columbia on the Cascadia Subduction Zone—a fault line that stretches from Northern Vancouver to California.

It is estimated to have measured 9 in magnitude on the Richter scale and triggered a tsunami.

Vancouver Island and First Nations’ oral histories detail how the quake demolished a village on the west coast of the island leaving no survivors, according to Natural Resources Canada.

How are earthquakes measured?

The strength of an earthquake can be measured in many ways. The most common is the Richter scale, developed by Charles Richter in 1935.

Measuring magnitude is the way seismologists attempt to estimate how much energy is released in an earthquake.

Quakes that register below two or three in magnitude aren’t typically felt by humans. Quakes that measure six in magnitude or higher are generally considered large, according to the Ministry of Natural Resources.

According to Natural Resources Canada, there are more than 4,000 earthquakes in Canada every year.