The one group we can teach our children to loathe 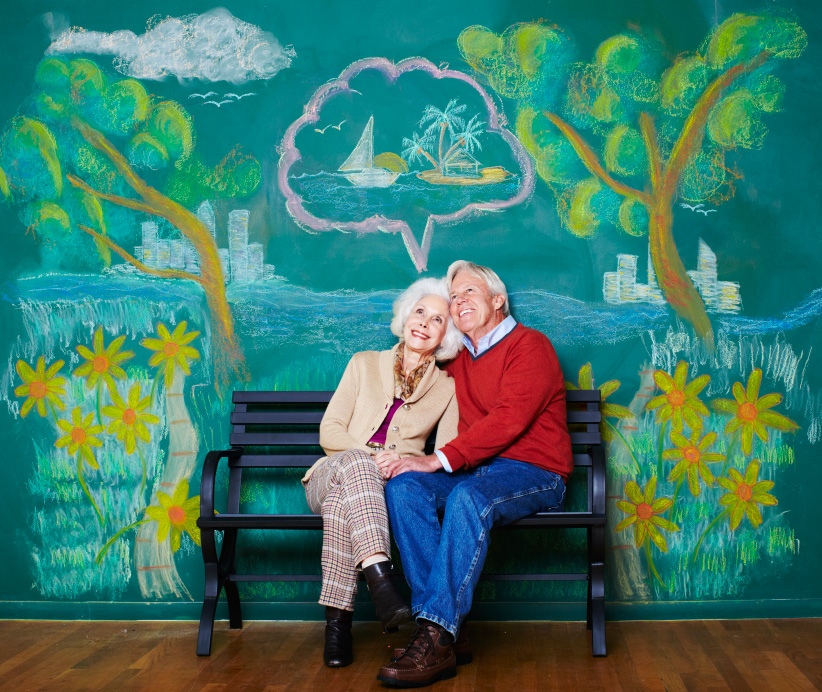 I’ve taught my young children that all races and creeds are equal. I’ve tried hard to instill in them a profound sense of empathy, to help them understand that regardless of how someone looks or talks, they deserve to be heard. And, I’ve tried, with varying degrees of success, to practice what I preach—to give them a role model who is accepting and compassionate.

I have been equally clear with my children that there is one exception to the golden rule, that there is one group of people who deserve to be loathed and for whom bigotry is not only acceptable, it’s necessary. I am talking, of course, about baby boomers.

I imagine a shudder just went down your spine. You’re not alone. We all feel that way. I find it hard to understand how we’ve managed to stomach them for as long as we have. Surely, by now, we could have safely moved them into their own homeland, perhaps somewhere in the swamps around Orlando or in the desert? But no. They still walk among us. Sometimes, tolerance can go too far.

Has there ever been a more cynical, hypocritical, and destructive generation? It’s hard to know where to begin. How about with the fact that they are such utterly self-absorbed asses? There has never been a generation so fixated on itself. Right from the moment they bought their first Beach Boys album, they’ve being telling everyone in earshot how unique and important they are, these vanguards of a new century.

The audacity of this narcissism is awesome to behold. These are the sons and daughters of veterans of the Second World War, a generation of people who sacrificed everything and literally saved the world. They are even called the “Greatest Generation”! But the baby boomer response was, “Sure, but we invented tie-dye and disco.”

They are surely the most destructive generation in history. Their cult of consumerism has left our climate in tatters. And, staying true to their hypocritical routes, they are the first to complain about a carbon tax. In fact, while they drove our national debt into the stratosphere, they can’t abide even the smallest tax. As Maclean’s recently reported, in Vancouver, millionaire boomers couldn’t even stomach a reduction of their $570 home owners grants. Their greed is mythical in its proportions. After having accumulated more wealth than any other generation ever, and poised to inherit billions more from their elderly parents, they are still refusing to retire, keeping other generations out of the workforce.

But their hypocrisy is surely their greatest crime. This is the generation that cut its teeth protesting civil rights and Vietnam, who never stops talking about the Summer of Love, then gave us Iraq, Afghanistan and Donald Trump. They know all of Jimi Hendrix’s guitar solos, but are twice as likely to oppose a mixed marriage. These are the people who built massive, bankrupting pensions and social safety nets to coddle their own aging butts, and then are the first to roll their eyes when millennials complain a bachelor’s degree now requires $50,000 of debt.

It’s long past time we grasped the nettle and did something about baby boomers. Now is the moment. Prime Minister Justin Trudeau, someone who clearly recognizes the threat these horrible people pose, has been systematically eliminating Boomers from his cabinet. Quite rightly, he sent John McCallum and Stephane Dion to China and Germany respectively—as far away as they could go without a rocket. Trudeau’s hands are free; he can finally act.

But how? Trump’s new border restrictions will make it very difficult to ship them south. And, we can’t send them north to be set adrift on an ice floe—their carbon-spewing lifestyles have made that impossible. What’s left? I recommend we consider labour camps—somewhere they can put their 20th-century skills to work. They could repair typewriters, program old VCRs, or sell macramé plant holders. And all proceeds would be used to reduce the massive national debt they’ve left us, to replant the forests they paved over for box malls, and to purchase and bury all remaining Anne Murray records.

It’s simply not enough to teach our children to revile them. We must act now.