The Prince Edward Island hug that shocked a nation

Image of the week: In Canada's smallest province, political leaders are embracing civility. Would it kill their mainland counterparts to do the same? 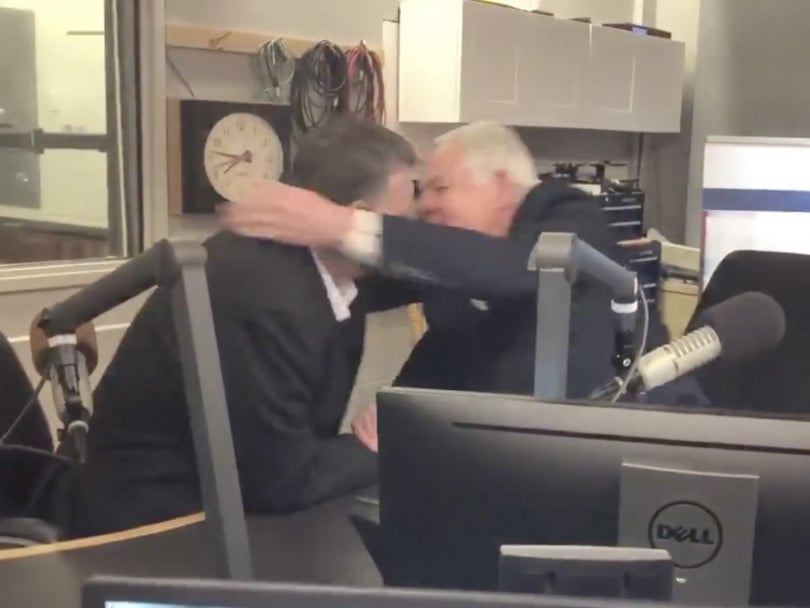 Imagine, if you will, a world in which Doug Ford leans in with a smile to hug the leader of the official opposition, NDP’s Andrea Horwath, the day after last summer’s election. In Prince Edward Island, that’s just how politics works. In the wake of this week’s P.E.I. election, which saw the rise of Canada’s fifth consecutive conservative provincial government and the first-ever Green Party Official Opposition, the leaders of both parties—premier-elect Dennis King and rival Peter Bevan-Baker—met in a CBC radio studio and hugged out any hard feelings. Not that there were any, really. In this campaign, P.E.I. lived up to its stereotype as the charming land of green gables. Maybe it’s because the province’s entire population equals that of the metro area of Moncton, N.B., or because island politics really aren’t so polarized—King has disavowed his fellow Tory premiers’ crusade against the carbon tax, for example. Whatever the reason, their behaviour reminds us that what we thought was a quaint and bygone political era doesn’t have to be. Will it influence the rest of Canada this fall? Forget it, Justin—it’s Charlottetown.