The professor who tried to stop John Gallagher

Saeed Rahnema, who taught the late John Gallagher at York, tried to stop the Canadian ex-infantryman from going to Syria 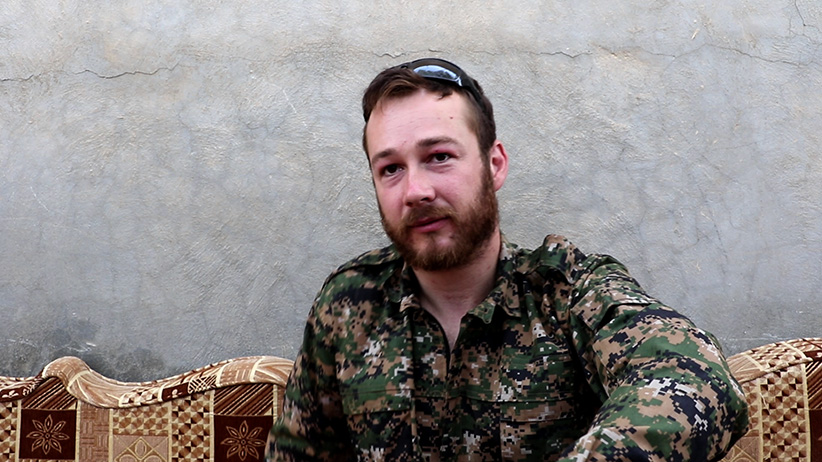 John Gallagher, a Canadian former soldier with the 2nd Battalion of the Princess Patricia’s Canadian Light Infantry at a Kurdish frontline position in Hassakeh city in northeast Syria. (Photograph by Adnan R. Khan)

Dr. Saeed Rahnema is a retired professor of political science and public policy at York University, and was the founding director of York’s School of Public Policy and Administration. He taught John Gallagher, a Canadian former infantryman who was fighting the Islamic State alongside the YPG when he was killed by a suicide bomber. Here Rahnema remembers Gallagher.

When I heard on the news that a Canadian, John Gallagher, had been killed fighting Islamic State in Syria, my worst fears came true.

On Sept. 24, I had received an email from him from the Kurdish area of Syria, telling me that he was “in Syrian Kurdistan, embedded with other foreign volunteers in a unit of the YPG.” He wrote that they were “chasing off ISIS” and that he had “a good feeling about our chances of winning the war … I should be back in Canada sometime next year.”

John was my student at York University, in a 2010-11 undergraduate course, War and Peace in the Middle East, and then in the graduate course Religious Fundamentalisms in Global Politics in 2013. He was a most brilliant student with highly developed analytical skills, a zeal for learning, and a deep sense of justice. He was a passionate contributor to class discussions and was respected by his peers. I was encouraging him to go to the PhD program, but he was restless and wanted to do something “more challenging.”

In the winter of 2014, he came to see me in my office and told me that he was thinking of going to Syria to fight against Islamic State. I reacted very strongly to this plan and tried to discourage him. On Feb. 26, I received an email from him that he was still in Canada because “the group I was in contact with have had their mandate severely curtailed by our government and were only able to send a fraction of the force they wanted,” and that nonetheless, he was “still determined to get into the region in some capacity … I know you had strong reservations against helping me go overseas to fight, but can you give me advice on how to try to help?”

I immediately wrote back, trying to reason with him. “John … I am very much against the idea that you, or anyone else for that matter go to that region of the Middle East. You can be far more useful in Canada than going somewhere that you don’t know enough about. My suggestion is go to a PhD program—you are very intelligent and can have bigger contributions. So nothing has changed for me, and I hope you drop this idea. Best, S.”

So I was horrified to receive his September message from Syria and again tried to convince him to return to Canada, saying that I was upset that he did not listen to me. I expressed hope that he “come to the right decision and return very soon [and] don’t think that the people on the other side are angels. You can be far more useful here to propagate your progressive ideals.”

John Gallagher’s passion for humanity and his anger against religious obscurantism led him to the drastic decision which cost his dear life. Some media have presented him as a military man. Though for a while he was in a peacekeeping force, he was mainly a civilian human rights and political activist. John will be fondly remembered by his friends and colleagues. Today, in the same undergraduate class where he was once a member, his fellow students had a one-minute silence in his honour. The loss of such a bright young life with promising future is a tragedy beyond words.