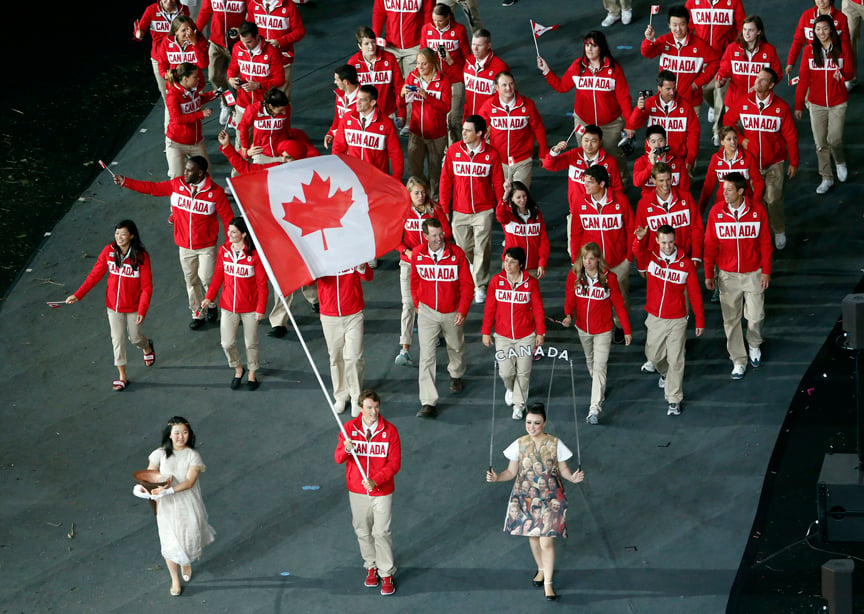 The story of how Canada got its flag is usually told as a saga of political wrangling, rather than modern design genius. That stylized Maple Leaf may be eye-catchingly bold, but few can name the graphic artist who drew it. When the flag turns 50 on Feb. 15, 2015, though, the last man living of the three who were actually in the room for its birth wants to see the flag’s final designer properly celebrated at last.

In the fall of 1964, Patrick Reid was heading the federal government’s exhibition commission, when prime minister Lester Pearson’s office tapped it to complete the flag’s design. The commission’s top-flight graphics section, which executed everything from trade-show displays to world’s fair pavilions, made it the logical choice. But, from its squad of artists, who should get the historic assignment? Reid, now 90 and living in Vancouver, says his decision was not difficult: “Jacques St-Cyr was the best designer we had.”

A lot had happened before St-Cyr was called in. In the 1963 election, Pearson promised to give Canada its own flag. He assigned Ontario MP John Matheson to spearhead the project. A House committee, after acrimonious debate, voted on Oct. 22, 1964, for the single leaf concept. The idea was first proposed by George Stanley, then dean of arts at the Royal Military College (RMC) in Kingston, Ont., based on his college’s flag, which features a mailed fist between vertical red bars.

Matheson and Reid met with St-Cyr in early November. The designer had grown up in Trois-Rivières, Que., served in Europe during the Second World War, then studied in New York before coming to work for the government. Reid says St-Cyr was a somewhat introverted man, but a strong Quebec nationalist who seemed “ a bit stunned” to be asked to work on Canada’s flag. “Anyway, he gulped a bit and grinned and said, ‘Okay, sure, let’s go.’ ” 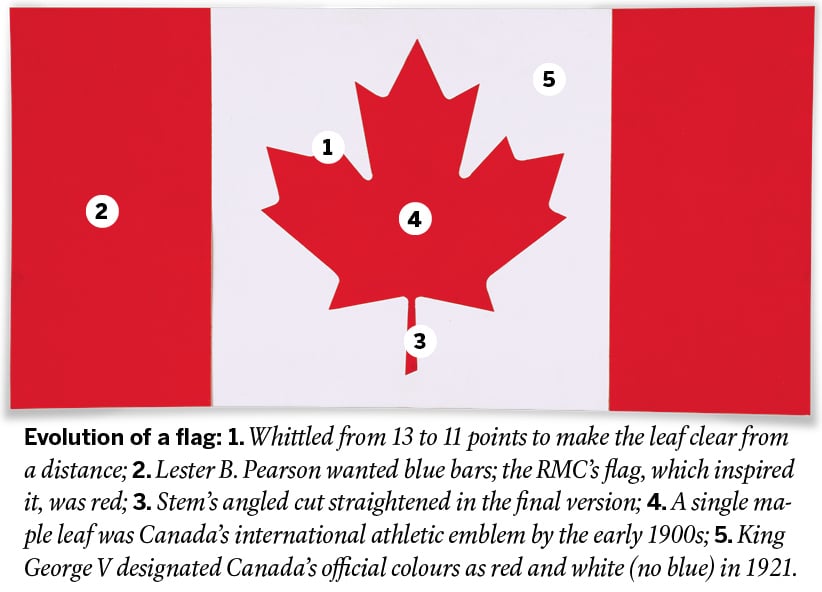 At first, Matheson favoured a realistic leaf. But Reid and St-Cyr argued for a cleaner image that showed up better at a distance. Then Pearson ordered a prototype, on short notice, for Nov. 7. Working late the night before with Matheson and Reid, St-Cyr refined the leaf, first to 13 points, then to an 11-point version close to what Canadians have grown to love. “There were just three of us that night,” Reid says. “I guess now I’m the only one left who was there at the time.”

Indeed, Matheson died in late 2013, properly credited as having “masterminded” the flag. But St-Cyr’s death in 1996 was scarcely noted. Tom Wood, a close friend who was also an artist and federal designer, wrote in the Ottawa Citizen that St-Cyr always preferred to “retain his privacy,” rather than claim credit. Wood described him as a lifelong bachelor, avid reader and gourmet cook.

Shortly before the Feb. 15 anniversary, the Canadian Museum of History plans to open a show featuring five never-before-displayed flag renderings from 1964. Four trace the evolution of early ideas. Only the fifth, by St-Cyr, is recognizable as Canada’s flag. The political will and patriotic fervour of many went into it, but only one hand drew that ﬁnal version. “Jacques St-Cyr designed the flag,” Reid says. “He deserves every credit in the world for it.”