The real reason Marco Muzzo could get off easy 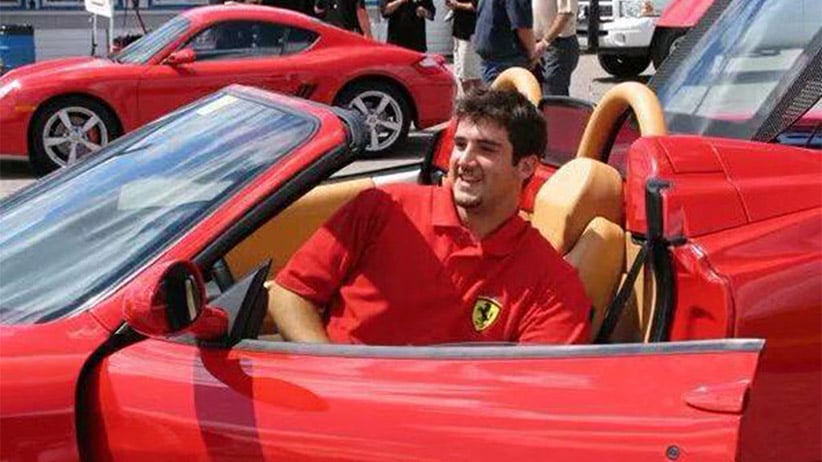 Marco Michael Muzzo is pictured in this undated handout photo.

Sporting a red Ferrari and a dozen criminal charges, Marco Muzzo became the latest bane of protesters accusing the justice system of privileging the rich. Muzzo, a 29-year-old heir to a billion-dollar estate, is charged with impaired driving killing three Ontario children and their grandfather, along with injuring their grandmother and great-grandmother, in September. His lawyer says he’ll plead guilty in February, but critics assume he’ll get a light sentence of one or two years. Yet, Muzzo’s red sports car is in fact a red herring. There is a two-tiered justice system at play in cases of impaired driving, but it’s between drunk drivers who kill, and others criminals who take lives.

“When are we going to stop treating alcohol like milk?” asks Robert Solomon, a law professor at Western University and a legal consultant for Mothers Against Drunk Driving. When it comes to impaired driving causing death, Solomon says judges interpret the Criminal Code heavily in favour of the accused. “It’s ‘boys will be boys, and there, but for the grace of God, go I,’ ” he says. The most recent Statistics Canada data on impaired driving, from 2010-11, shows that, among the 48,000 impaired driving cases in Canada, only eight per cent of those convicted were sentenced to jail time. For the ones who caused death, the mean jail time was 2½ years. The average sentence for homicide in general is six to 12.

Recent cases show the leniency hasn’t changed. In December, Richard Suter of Edmonton was sentenced after admitting to drinking two vodkas and part of a beer in the hours before hitting and killing a two-year-old and refusing to give a breath test. With no top-dog lawyer but, perhaps just as importantly, a wife who passionately testified that Suter loved children and will forever be haunted by the incident, he was sentenced to just a four-month term in jail when the judge ruled Suter had not been impaired. (Prosecutors have launched an appeal.) And Sabastian Prosa, who landed one of the harshest penalties among impaired drivers in Canada, was sentenced in October after killing two Ontarians and injuring one, then telling an unlikely tale under oath about someone spiking his drink. He’ll be out of prison by 2020.

The surprising leniency is partly due to the difficulty of collecting the necessary evidence. To lay charges, the prosecution must, in every case, have a breath test showing a blood alcohol content (BAC) above 0.08. While police officers can stop cars at random sobriety checkpoints, they are not allowed to demand a breath sample without reasonable grounds to suspect the driver has drugs or alcohol in his or her body.

Furthermore, breath samples must be taken before the suspect has left custody for even a moment, to ensure they did not happen to booze up after the incident. Many impaired drivers escape charges by fleeing the crime scene by ambulance, then leaving the hospital before police arrive to test their breath. Brett Belchetz, an emergency room physician in Toronto, sees this phenomenon frequently. “It’s one of the worst, worst feelings as a physician,” he says. “They’re clearly intoxicated, and [we’re] watching them stagger out the door of the emergency room, knowing that nobody’s ever assessed them and that they’re getting away with a crime.”

Most Muzzo critics say the reason he could get away with a light sentence is because cash protects him from punishment. The Muzzo family owns Marel Contractors, a $1.8-billion construction company. Critics spread photos of Marco in a pricey polo, while pointing to Muzzo’s illustrious lawyer, Brian Greenspan, who has defended Justin Bieber, Cathy Smith and Alan Eagleson. “There’s no way that the average Joe would be able to afford a lawyer who’d … have as much knowledge or experience,” says Stacey Leitmann, an old friend of Muzzo’s victims, the Neville-Lake family. “He’s living a life of being almost untouchable.” Critics could also point to similar cases, such as that of Jack Tobin, the son of a former Newfoundland premier; with the help of big-name lawyer Norm Boxall, former president of the Criminal Lawyers Association, Tobin was granted full parole one year after receiving a three-year sentence for causing the death of his friend in a drunk-driving incident. In late December, Mothers Against Drunk Driving launched a campaign to “Fight ‘Affluenza,’ ” advocating that, “drunk driving is unacceptable no matter how rich you are.”

In the end, it may not be money and a good lawyer that will ultimately give Muzzo a good chance of avoiding a long prison sentence (in fact, one of Greenspan’s former clients, Rob Ramage, received one of the longest sentences for impaired driving causing death—four years in prison, with parole after three), but rather a legal system that makes it difficult for police to collect evidence of impairment in the first place, and lax sentencing practices. This time last year, a standing committee to the Department of Justice recommended long overdue, tougher sanctions for impaired drivers. But will those even deter future drinkers from taking the wheel? “There is no reason why we have to have the dumbest laws on the face of the planet,” says Solomon. “When are we going to stop making excuses for alcohol?”

Corrections: An earlier version of this story incorrectly referred to a 2009 Supreme Court ruling on impaired driving. It also said that most RCMP officers won’t press charges unless the suspect blows two tests above 1.0. The correct number is 0.1. Maclean’s regrets the error.