The real tragedy of Mavis Otuteye's death: it didn't have to happen 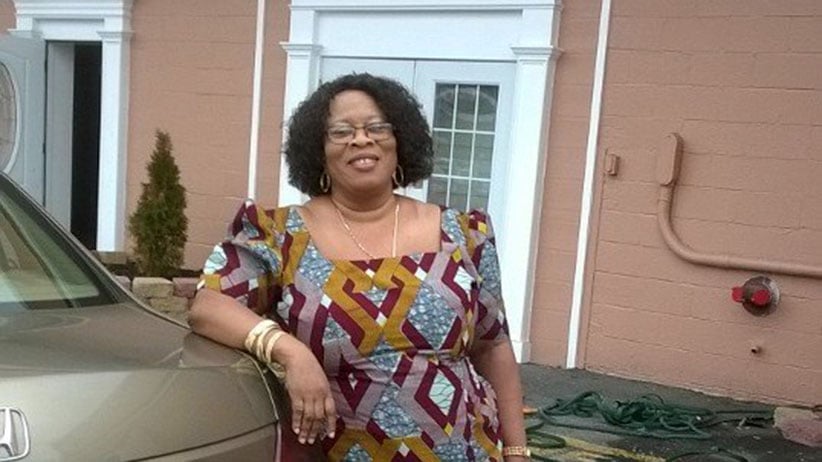 Ever since the terrifying story of two migrant men losing their fingers to frostbite on a Christmas eve journey to Emerson, Man., fear had lingered among locals and immigration experts that one of Canada’s asylum-seeking border hoppers would be found dead in a field.

It happened this week, with 57-year-old Mavis Otuteye, a Ghanaian who left Delaware to visit her daughter and newborn granddaughter in Toronto. As she apparently understood it, the best way to reach Canada would have been to follow the recent footsteps of dozens of fellow Ghanaians, and cross fields or train tracks from Minnesota in Emerson, and make a claim for refugee protection once apprehended on the other side of the border.

Authorities in northern Minnesota found her body in a ditch. She died of hypothermia. This is already a tragedy compounded in several ways—a woman, on her way to visit her only child and now only grandchild, taking a perilous route for fear authorities wouldn’t allow her to enter, dying alone of hypothermia in late spring, and unseen for days.

Worse yet is the coda to this tale: Mavis Otuteye didn’t have to take the farm-field workaround, one time zone and several hundred kilometres out of the way of a typical route from the eastern U.S. to Ontario. She could have taken the simplest path, and made her case for entry and asylum at the Fort Erie, Ont., border crossing near Buffalo. N.Y. And it’s the very law that has made hundreds of others seek the illegal or irregular border crossing method–the Safe Third Country Agreement–that had a provision allowing the grandmother to enter Canada to see the newborn, and make a bid to stay in the country.

The 2004 accord between U.S. and Canada is designed to make foreigners seek refugee status in the first of these countries in which they arrive. A Somali asylum-seeker arriving from Minnesota gets turned around at a customs office in Manitoba, and is required to try the refugee system on Donald Trump’s side. The law doesn’t apply if the asylum-seeker enters away from the port of entry, such as a Manitoba field or the edge of a gravel road on the Canadian side of the Quebec-New York line—hence the recent flow of claimants crossing Prairie fields and Quebec woodlands. But the third country agreement includes several exemptions, the most commonly known being for people with family in Canada–if your close relative has legal status in this country, a migrant is permitted to claim asylum at a border checkpoint.

Mavis Otuteye, according to CBC, was in the United States on a lapsed visitor visa from 2006. Maclean’s has been unable to confirm the immigration status of her daughter, but under the safe third country agreement this wouldn’t matter: her newborn granddaughter would have been a Canadian citizen, and the agreement grants an exemption to someone with a grandchild in Canada–meaning that immigration authorities could have let Otuteye enter at a checkpoint and let her begin the asylum process.

“Mavis did not need to travel on the open field and risk her life,” says Bashir Khan, a Winnipeg-based immigration lawyer. “She could have easily entered Canada through a port of entry, instead of attempting to cross between ports of entry.” Khan has represented Seidu Mohammed and Razak Iyal, the two Ghanaian men who made a similar journey to Otuteye’s in December, and the ensuing frostbite caused Mohammed to lose all his fingers and Iyal all but one thumb. Mohammed has since had his refugee hearing and has been granted legal status; Iyal’s turn before the Immigration and Refugee Board comes this month.

It isn’t clear if Otuteye was actually seeking to make a refugee claim once she encountered authorities in Manitoba; nor are the grounds she might have cited in seeking protection from persecution back home in Ghana. Most migrants crossing into Quebec, Manitoba and British Columbia on foot aren’t seeking temporary visits, nor would they normally be granted them–they bid for refugee status, and if they lose, they face deportation to their home countries.

As the initial reports rolled in about a Ghanaian dying during a foot journey to Canada, immigration experts quickly decried the safe country agreement as the culprit. It’s the same problem they’ve cited throughout this upswing in irregular border crossing. However, this case may not point so surely to the folly of the U.S.-Canada agreement, but rather the merits of its compassionate exemptions: if a migrant is looking to be reunited with family, he or she is granted safe passage into Canada.

It also highlights problems in how information flows to prospective refugees. The Citizenship and Immigration Canada website explains this exemption to the safe country agreement. According to the National Post, Otuteye kept her border plans largely a secret, meaning few people in the woman’s orbit had the chance to help her identify her options. Often, immigrant communities rely on word of mouth or message boards to figure out how to traverse boundaries and reach safety. Immigration lawyers in Canada often get called, but are barred from offering counsel to would-be border-hoppers. Sometimes there is paranoia that a phone call to the wrong person can lead to an immigration officers roundup in the U.S.; this has become a bigger fear in the Trump era than before.

Perhaps, had the safe third country agreement never been in place, nobody would have felt the need to make their way into Canada by crossing ditches and fields, and nobody would have created a familiar path that Otuteye apparently felt compelled to follow. Even without this tragic case, there are good reasons experts cite to scrap the deal–the very risk of further deaths still exists among legitimate asylum-seekers, who genuinely have no alternative way of reaching Canada. But this tragic story does not, on its own, represent the straw that finally fells this problematic agreement.