In Calgary and Edmonton, city councillors' incomes are linked to their performance, so that everything is automatic, not political 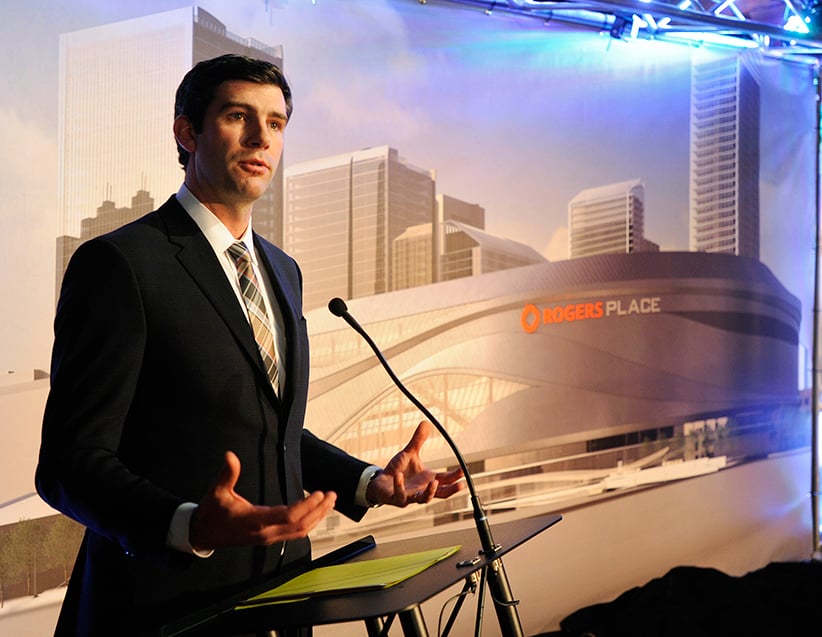 In 1932, during the depths of the Great Depression, baseball great Babe Ruth demanded an extension of his record-breaking $80,000 a year salary with the New York Yankees. When a sports writer pointed out such a sum was more than U.S. president Herbert Hoover earned, the Babe replied, “I had a better year than he did.”

You could say the same thing about Edmonton Mayor Don Iveson and Edmonton Oiler Connor McDavid. While McDavid is currently leading the NHL scoring race and has the Oilers positioned for the playoffs for the first time in a decade (all for $3.7 million a year), Iveson presides over a city still reeling from the collapse in oil prices and a shrinking provincial economy. As a result, his worship has seen his salary drop by nearly $4,000. I think we know who’s having the better year.

In an intriguing quirk of policy, city council salaries in Edmonton are calculated based on changes to provincial average weekly earnings over the previous year. For 2017, the relevant figure is -2.49 per cent. And so for the first time since the system was implemented, Edmonton’s civic leaders have found their paycheques a bit lighter. Iveson’s income dropped from $177,695 to $173,269; councillors went from $100,873 a year to $98,362.  Calgary city hall operates a similar arrangement and has seen similar pay reductions.

News that politicians are taking a pay cut in line with how their constituents are experiencing life seems a bracing acknowledgement of the economic pain felt across Alberta. For cynics and gripers who love to complain about self-dealing, feather-bedding politicians, this ought to be considered the ideal system.

Iveson and the rest of Alberta’s big city leadership certainly aren’t the first politicians to take a pay cut when times get tough. Former Alberta premier Jim Prentice introduced a five per cent reduction for cabinet ministers back in 2015 when the oil bust first started to bite. New Brunswick Premier Brian Gallant has also reduced his own salary by 15 per cent, and cut his ministers’ wages by 10 per cent until the provincial budget is balanced—something that isn’t expected until 2020 at the earliest. And Donald Trump says he’s “totally giving up” his salary” as president.

Federal MPs have a process similar to Calgary and Edmonton that links their pay to the average percentage increase in large private sector contract settlements across the country. But during the Great Recession they chose to forgo potential salary increases as a sign of economic solidarity with the masses and kept their salaries at 2009 levels until 2012.

As comforting as it may be to see politicians take pay cuts, however, it should be acknowledged that there’s a difference between the sackcloth routine that some politicians adopt to prove they’re in tune with the common folk, and agreeing up front to a system that decides how much you earn based entirely on the performance of the jurisdiction you represent.

For all the complaining we tend to do about politicians, it truly is a job like no other. A 2006 New Brunswick report on provincial remuneration offers a delightful summary of the myriad demands of political life: “Legislative work is only a small portion of what MLAs do … they are expected—and rightly so—to attend Rotary lunches, charity auctions (and bid on the merchandise!), school Christmas concerts, supermarket openings and other ribbon cuttings, to be present at the funerals and weddings of people they may hardly know and to listen to demands, rational and irrational, by constituents whose grant applications have been rejected.” What’s a fair wage for all that exhausting work? And who should decide?

The beauty of the system in Edmonton and Calgary is that it’s entirely automatic and, at the direction of the independent committee that came up with the idea, operates without political input. When the oil boom was still at high tide a few years ago, city councillors in both cities found themselves with hefty 3.8 per cent raises—temporarily making Calgary’s Naheed Nenshi the highest-paid mayor in the country. The mechanical feature of the system prevents councillors from playing politics with their paycheques either up or down. As well, voters are advised to avoid any pay structure for the elected officials that exclusively attracts rich plutocrats like Trump who can afford to forgo any salary.

Beyond transparency and fairness, Alberta’s civic pay system also creates a tangible connection to the real world. Jobs data in, civic salaries out. Making provincial wage settlements the metric, rather than national inflation rates or salaries in comparable jurisdictions (as is often the case elsewhere), ties the income of councillors in Edmonton and Calgary more directly to the results of their own actions. What politician doesn’t come to the ballot box promising jobs, jobs, jobs? This seems the ideal way to hold them to account between elections.

Finally, perhaps the incentive aspect of political pay should be expanded in a manner similar to sports stars’ contracts. Would voters be prepared to pay performance bonuses to politicians who deliver on stretch goals like balancing the budget ahead of schedule? Or is that something best dealt with at election time?