The shepherd who lost her sheep and found viral fame

Liezel Kennedy of Shamrock, Sask., searched long and hard for her animals—and found an optical illusion and Internet hit 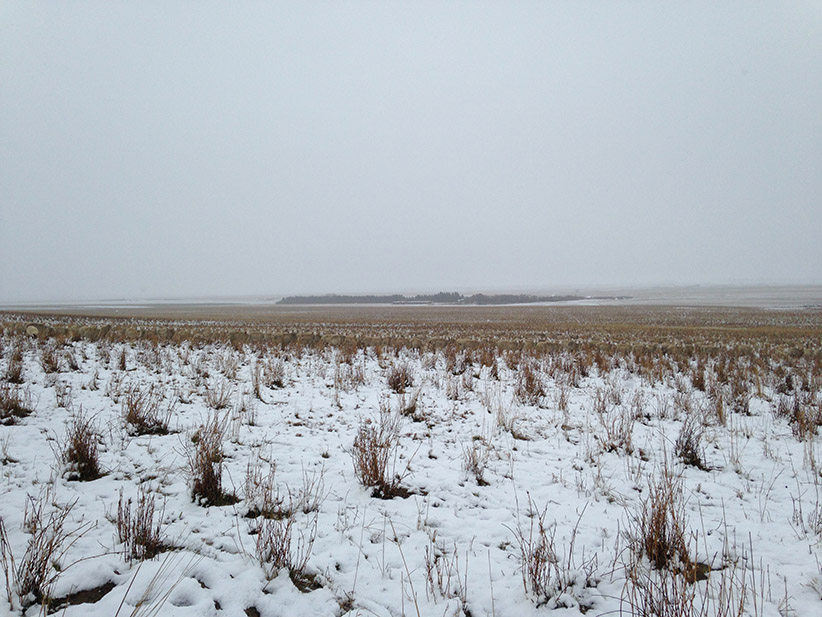 Another early morning for Liezel Kennedy of Shamrock, Sask. Feed her newborn, eat breakfast, fix a water trough and check on the sheep. She likes to take photos when the early-morning sun gives a gentle glow to her peaceful flock, lying in the pasture as they chew their cud.

Sometimes they’re just out of sight, amid the pasture’s modest hills and valleys, so it can take a few minutes for Kennedy to find her crossbred Rambouillet-Polypay animals on their 255-hectare pasture. On this chilly Wednesday in November, she drove past them for the first time. It took her 45 minutes to double back and find them.

The roadside picture Kennedy took looks like a typically bland Prairie field, what seems like a repeating patter of tall tufts poking out of the snow-blanketed grass, on and on for kilometres, until the sky finally relents and brushes horizon against the flatness. This image, which has since been shared on phone and computer screens worldwide, was like a stereogram from one of those Magic Eye books from the 1990s. Pull it slowly back from your face, or let your eyes lose and regain focus, and they pop out in the monotony: the sandy-coated sheep. Hundreds of them. “They can blend in from time, but I thought it was incredible the way they just seemed to disappear,” Kennedy says.

She’s fond of posting photos to Pilgrim Farms’ accounts on Facebook and Twitter, to showcase daily farming life on her “holistically managed” southwest Saskatchewan farm that raises free-range chickens, turkeys and goats, along with those hide-and-go sheep. There’s a still-newfound excitement she brings to the homestead. Kennedy migrated to Saskatchewan in 2007 from South Africa, where her late father had been a doctor for Nelson Mandela. Fear of crime motivated Kennedy to join her aunt and cousin in Saskatoon. She’d had horses and lived on an acreage in her home country. “I’ve always wanted to farm, but farming is a bit like royalty . . . Unless you’re born into it or marry into it, it’s hard to get a start,” she says. Liezel Hattingh met Larry Kennedy in 2008, and she moved to his family farm a year later. Pilgrim Farms’ social media feeds attract more Afrikaaner comments than most Saskatchewan farms might.

Six years in Shamrock, and the lifestyle keeps surprising her. She thought the vista of camouflaged sheep was remarkable, but the media requests trumped it. All the big viral sites wanted the images: Buzzfeed, Mashable, Bored Panda, the Daily Mail, the Huffington Post. It even showed up on a South African gardening blog, which marvelled at what happened to a “Canadian farmer.” 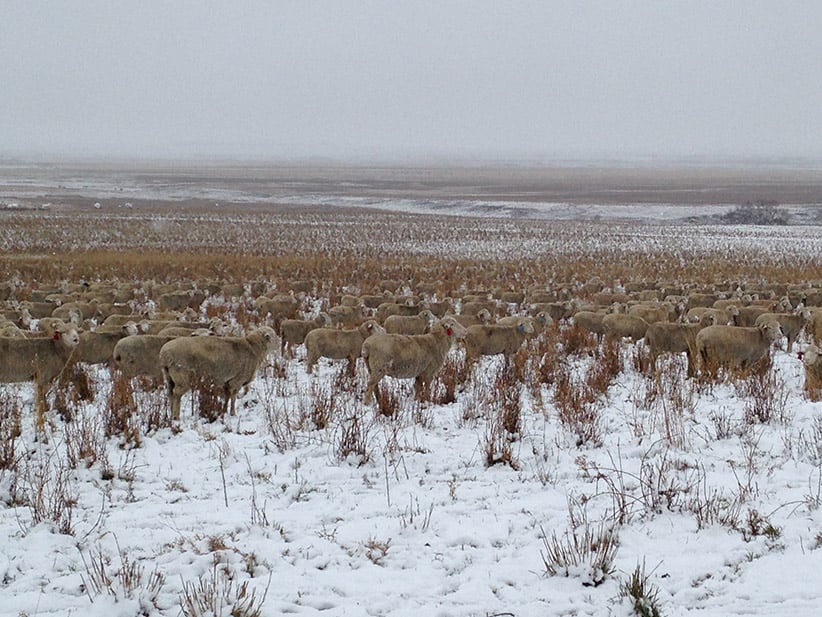 This is what Liezel Kennedy saw when she headed into her field near Shamrock, Sask. this morning to find her flock of 550 sheep.
(Liezel Kennedy)