The Supreme Court judge who can't sell his home 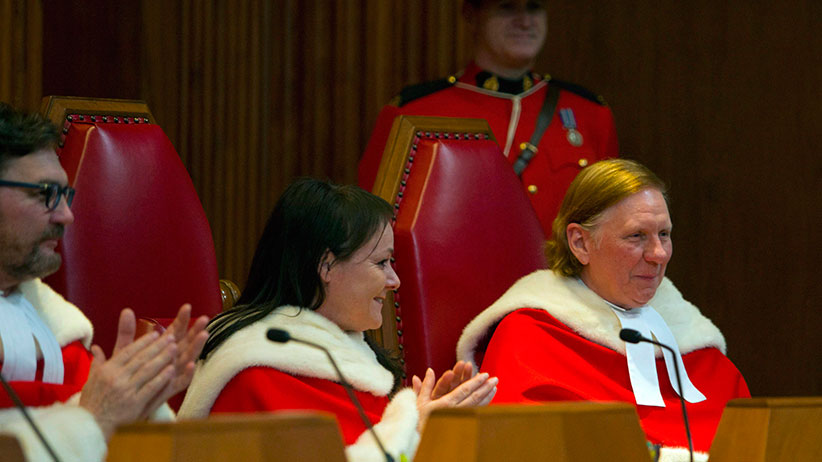 How difficult is it to find a buyer these days for a three-bedroom, four-bathroom home in St. John’s, the biggest city in a province left reeling by the oil price crash and a lacklustre economy? Just ask Supreme Court Justice Malcolm Rowe, the newest red-robed judge appointed to Canada’s top court last fall. Given six months to offload his property as part of his move to Ottawa, he couldn’t find a buyer, and turned to taxpayers for an extension on his housing and travel expenses.

Rowe, who Prime Minister Justin Trudeau appointed to the court on Oct. 28, recently asked for—and received—another six months in which the Crown will cover cost-of-living expenses until the house sells. The order-in-council, which approved the extension last month, blamed “unfavourable conditions in the real estate market.” But six months without a sale? Is that normal?

Rowe actually put his home on the market twice: last December at $529,000, and again on March 15, a listing that eventually dropped the asking price to for $485,000. That revised price is perhaps not surprising. The most recent Canada Mortgage and Housing Corporation outlook for the St. John’s market, and the forecast for the next year, certainly confirm that home sales have hit a rough patch. Economic trends in the province are grim: “The provincial government’s current fiscal situation is unprecedented in terms of the size of the current deficit and total debt. The province will continue to be pressured to look for new revenue sources and expenditure cuts could continue if oil prices remain lower for longer.”

One problem for a home seller like Rowe in Newfoundland is that people are moving away—and the province isn’t attracting enough newcomers to replace them. “With a lack of employment growth, out-migration from [Newfoundland and Labrador] to other parts of Canada is expected to increase this year and in 2017 and 2018,” reads that CMHC report. “A weaker outlook for employment compared to other regions of Canada will force people to look for opportunities outside” the province.

Larry Hann, a realtor with 18 years’ experience in St. John’s, says this is the slowest market he’s ever seen, and that Justice Rowe is not alone. “You can lump him in with hundreds of others,” says Hann. “There’s way too much on the market, so the supply and demand is all out of whack. There’s no bodies to sell these houses to. People are moving away. Employment is down. The vacancy rate in the rental market is hovering around 8.5 or 9 per cent.”

The court declined to comment on this story, and won’t disclose Rowe’s reimbursed expenses during his time on the bench so far—or an estimate of those he might claim over the next several months.

The good news for Rowe and his fellow sellers is that any increase in oil production offers hope. Husky Energy’s recent announcement of a $2.2-billion extension to its White Rose offshore project—which promises hundreds of construction jobs and 250 platform jobs—is already having an impact, says Hann. “That’s brought some confidence back in the market, especially in the executive rental market. I expect very shortly it’ll be a landlord’s market once again.”

When the massive, long-planned Hebron platform is eventually operational 350 km off Newfoundland’s coast, that’ll mean even more jobs and badly needed revenue for the province. “That’ll be a major boost in royalties for the government,” says Hann.

For now, Rowe may just have to be patient. Or he could try renting his house instead—and become Newfoundland’s first Supreme Court justice to moonlight as a landlord.