The two big political moments of 2015 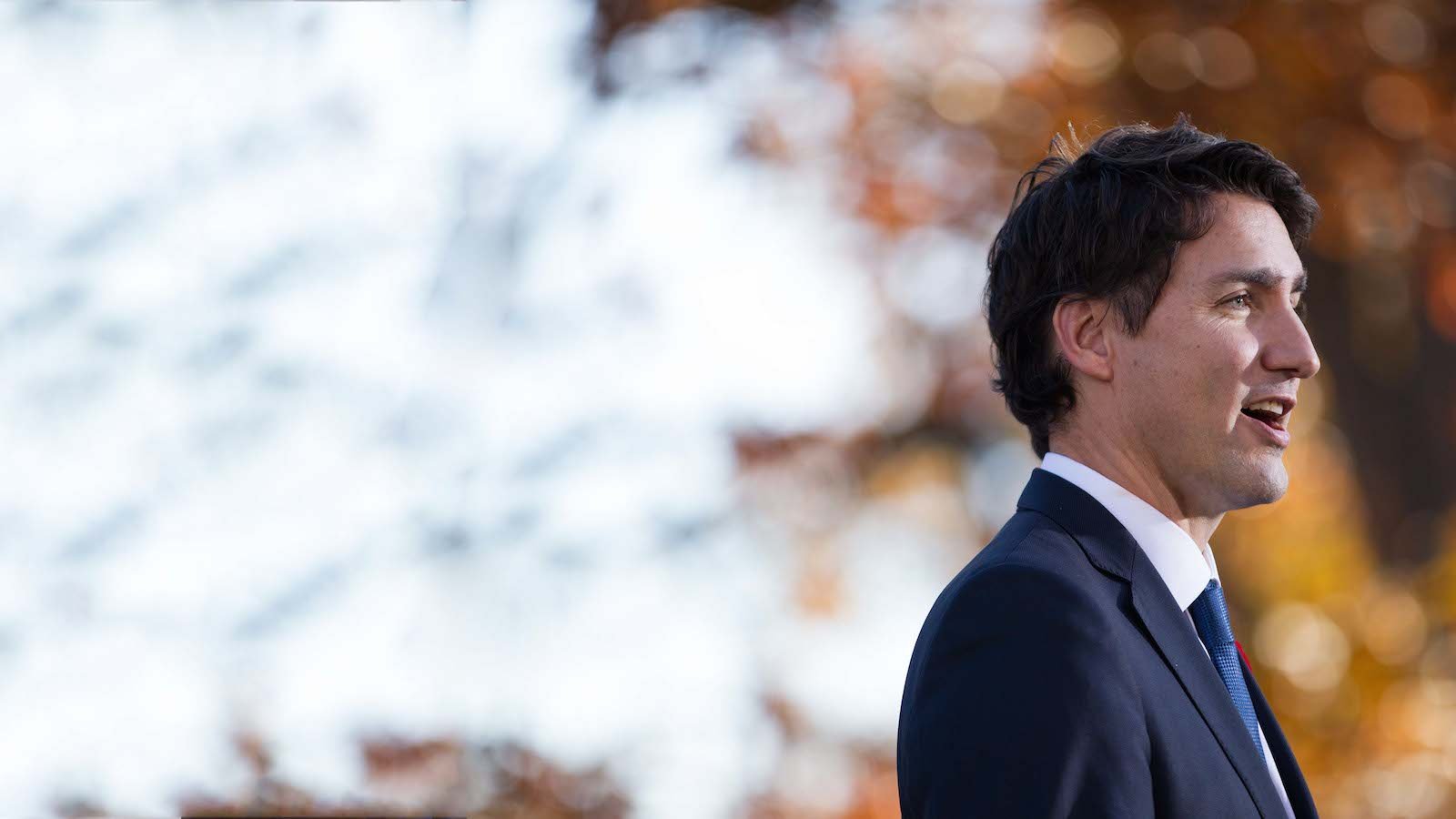 As Ronald Reagan slowly lost his memory, his wife, Nancy, quickly mobilized hers. In 1989 she wrote a lethal memoir called My Turn, where, like a butcher in pearls, she proceeded to carve up the people who surrounded her husband, laying out their reputations as if they were cold cuts, the kind the former president might put in a sandwich and swallow in a few bites. Someone once called her a “collector of slights,” a description which fit so perfectly she probably never forgot it.

Memory, like politics, has to be approached skeptically. It’s highly susceptible to all sorts of biases that can quickly turn it from a simple recounting of the past to a self-serving act of public relations. All political memoirs may as well be titled Rashomon, after the Japanese film where witnesses have totally different recollections of the same event, but I think My Turn is a decent translation.

So, even though I love memoirs and end-of-the-year lists that rely on memory—and I’m about to make one—I think it’s fair to start with a note of caution. It’s clear, for example, that events that happened late in the year stick out in our memory more than those that happened earlier, something psychologists call the “recency effect.”

I’m genuinely concerned that my short list of the critical political moments of the year, moments that not only transformed 2015, but that will go on to have an impact on the year ahead, suffers from the recency effect. After all, I am not including critical moments like the picture of Alan Kurdi on the Turkish beach, the Duffy trial or even the 78-day election campaign that changed the government. My two moments happened in the last couple of weeks. Nonetheless, I think they merit inclusion, late arrivals though they are. So, now that I’ve backed my way into it, here are my two political moments of the year:

1. The Truth and Reconciliation Report 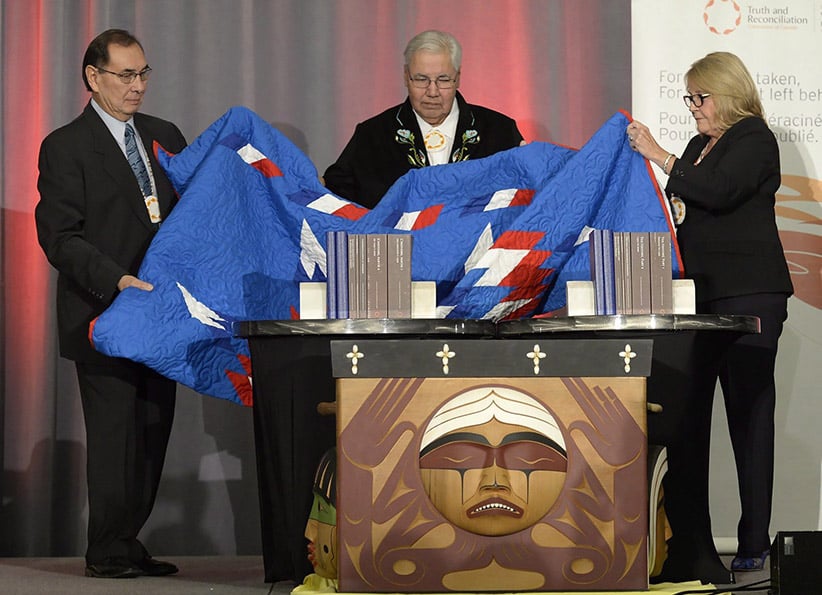 After six years of study, interviews and, shamefully, fighting the government to get access to all the historic records, the final report from the Truth and Reconciliation Commission stands not only as a moment of the year, but as a moment of history. It is devastating, laying bare the racism, the “cultural genocide,” to use the phrase the TRC commissioners mention, that has been so deeply intertwined into the fabric of Canadian society. There is no escaping the report’s stark conclusion that generations of political leaders not only knew about, but institutionally supported the abuse, rape, neglect, and all too frequently, the death of Indigenous children.

Over 150,000 children went through the residential school system, a system whose goal it was to kill the Indian inside the child. And kill it did. Over 3,200 children died while attending residential schools. In more than a third of those cases, the government didn’t even bother to record the name of the student, burying many in unmarked graves in an attempt to erase them from history.

Many schools festered with tuberculosis, cold, malnutrition, and the survivors, more than 6,000 of whom spoke to the commissioners, tell chilling tales you might expect to have come from prisoners of war. The report runs over 10,000 pages but it must be read. “These make up one of the most significant oral histories of any country in the world,” Justice Murray Sinclair, one of the three commissioners, told me.

To call this report a “moment” does it a disservice. It is really the beginning of a long process ahead. “If you thought getting to the truth was difficult, getting to reconciliation will be even harder,” Justice Sinclair said. In volume six of the report, the commission writes: “ ‘Reconciliation’ is about establishing and maintaining a mutually respectful relationship between Aboriginal and non-Aboriginal peoples in this country. For that to happen, there has to be awareness of the past, acknowledgement of the harm that has been inflicted, atonement for the causes, and action to change behaviour. We are not there yet.“

Those five words echo: “We are not there yet.” Justice Sinclair talks openly about how important it is to challenge the people who still deny the abuse took place, who believe the survivors have all fabricated their stories. That’s why the records and documents are so crucial. But that’s just the beginning.

The job ahead will largely rest on the shoulders of Prime Minister Justin Trudeau. He has said his government accepts all of the commission’s 94 calls to action—something the Conservatives have already dismissed as “irresponsible.” Let’s get over the analysis on the rhetoric for a moment, what is appropriate and what is tone deaf. For any government, the distance between words and deeds is long, especially when it comes to Canada’s First Peoples. Thorny but important questions remain about the controversial Indian Act, nation to nation relationships, land claims, energy development, education, health care and a host of legal issues. This is not going to be fixed by a line item in a budget, or a one-meeting show of support. Changing the relationship with Indigenous peoples is nothing less than a structural change to Canada as a nation, something that might have the same impact on our future as the Charter of Rights did.

The TRC report landed 16 days before the end of the year. It may be the most significant political moment of the year.

It’s hard not to choose the federal election as the other significant political moment of the year, but it’s too easy. Justin Trudeau resurrected the Liberal party from near death, defied the odds, and won a massive majority government. Not to be sniffed at. During the federal election campaign I wrote that there were three key turning points: Mulcair’s promise of balanced budgets that sunk his campaign, Trudeau’s promise to run deficits that elevated his and Harper’s niqab strategy, the dark politics of division that ended his political career.

It’s that last issue that has come to define the year. Stephen Harper and his “barbaric practices hotline” may have shocked Canadians, but it looks like an animated Disney film next to the rated-R, xenophobic politics of fear practised by Republican candidate Donald Trump. You have to lunge for your old books by Kafka every time you read the polls showing Trump as the front-runner.

The Syrian refugee crisis has become central to the U.S. political debate, despite the fact that the U.S. only promises to take in 10,000 Syrian refugees. Less than half what Canada is doing, and in a much longer time period. Still, banning all Muslims from entering the U.S. has become, apparently, a mainstream political view.

Europe is also burning with fear about the Syrian refugees, the biggest humanitarian crisis since the Second World War. Germany has already taken in more than one million, which is massive, but it’s reaching a political tipping point. France is veering toward electing the far-right National Front party.

In the midst of all this, Justin Trudeau showed up at the Toronto airport to greet the first arrivals of Syrian refugees to Canada with smiles, baby kisses and warm winter coats. The world suddenly snapped to attention. These are the people causing so much fear? Really? It was like throwing a bucket of water on the Wicked Witch. Fear started to melt. On Twitter, Trudeau and #WelcomeToCanada trended around the world. “Hey America, we are being out-America’d by Canada” was my favourite tweet.

Trudeau speaks a language that neither Tom Mulcair nor Stephen Harper ever understood, the language of imagery. He has an innate fluency in how to use it to communicate complicated ideas instantly. In that one moment, Trudeau encapsulated not only his policy regarding Syrian refugees, but what his entire view of what a Liberal Canada looks like. It defined his government and his party, not only domestically but internationally.

It’s easy to get swept up in the moment, and there is no doubt this was a carefully orchestrated bit of political theatre. But Conservatives make a fundamental error when they dismiss this merely as public relations, or worse, a kind of media narcissism the Liberals are trying to pass off as the hard work of governing. Often you hear Conservatives call it “tone,” as if they can simply recalibrate their messaging and match it. It is much deeper than that.

The moment at the airport with refugees was an expression of pure soft power, something that Trudeau had long said the Conservative government ignored. If Canada is going to make its presence felt on the world stage in any arena, from the refugee crisis to climate change, these moments matter. Countries have to represent something before they can stand for something. Canada’s number of 25,000 refugees is dwarfed by Germany’s one million, but the scale of the action doesn’t matter as much as the resonance of it. Soft power is a weapon Justin Trudeau has put back in Canada’s arsenal.

It’s not without risk. Trudeau’s challenge is to make sure his ambitious policies live up to his glossy images. Already promises on deficit levels, timelines on the Syrian refugees and talk about more robust climate change targets have been bent or broken. While it hasn’t hurt the new government yet, spending that kind of political capital early has a way of adding up later. That’s the kind of deficit that submerges political parties.

It may take a village to change a country, as Hillary Clinton likes to say, but if it’s a Potemkin village built on images alone, it won’t last long.