‘I inherited her need to connect emotionally’

Justin Trudeau is his mother's son 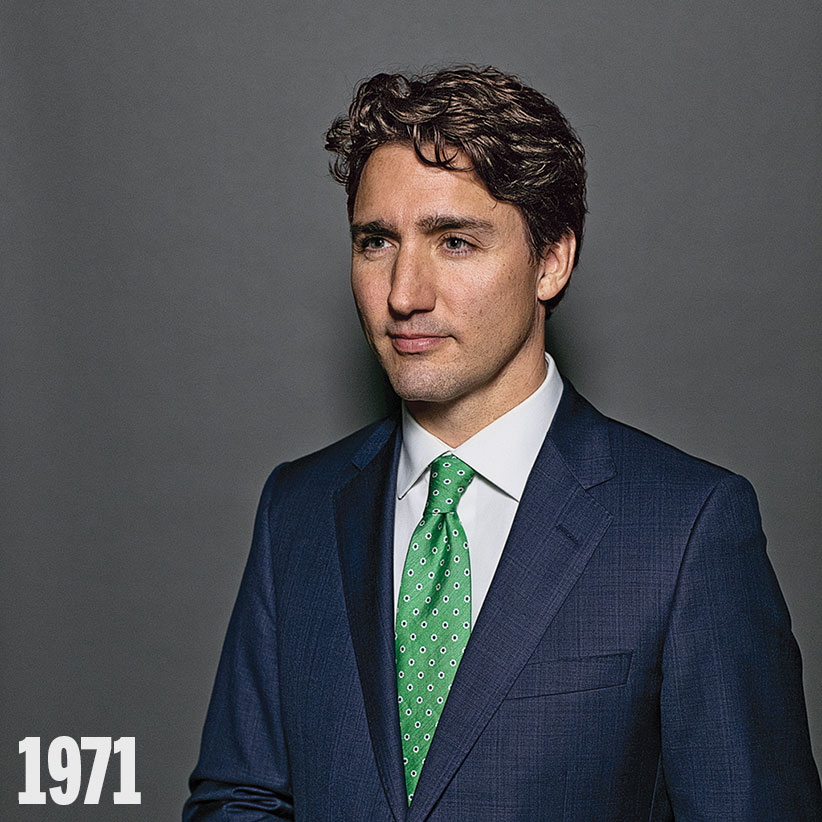 From his birth on Christmas Day in 1971, while his father was prime minister, to his current occupancy of that office himself, Justin Trudeau has lived much of his life in the public eye—and, specifically, in front of the camera. The life moments that are normally captured only in private, blurry snapshots tucked away in some drawer or album have instead, in Justin’s life, been among the images of a country’s political history.

And while drawing comparisons between Pierre Trudeau and his son is all too easy given their life paths, Justin has said many times that it’s the woman in many of those iconic images of his life—his mother, Margaret—to whom he owes the biggest share of his nature. “I’m definitely proud that I’m more like my mom in many ways,” he told Maclean’s in 2012.

In the earliest photos of Margaret holding her eldest son as an infant, she possesses all the youthful glamour for which she was alternately celebrated and pilloried. In one, Justin—about seven months old—gazes frankly into the lens from his mother’s arms while she flashes a wide smile, eyes obscured behind trendy sunglasses that unmistakably mark the early 1970s. In his 2014 memoir, Common Ground, Justin says that throughout his and his brothers’ childhood, his parents hammered home good manners and character. “Don’t be phony,” he recalls his mother advising him. “People can always tell if you’re being phony, and when they do, they’ll never fully trust you again.”

Justin’s childhood and adolescence were marked by the dissolution of his parents’ marriage and his mother’s struggles with bipolar disorder that would not be diagnosed until decades later—but Justin maintains he grew up largely free of the emotional scars that might be expected from such a history. In spite of his public role and workaholic tendencies, his father was devoted to his children, and though his mother was an intermittent presence, each of her visits was received by her eldest son as its own holiday. “I appreciated that she treated me in a special way,” he wrote in his memoir. “She sensed that I had inherited much of her personality, including her zest for adventure, her joy in spontaneity and her need to connect emotionally with the people around her.” By contrast, his father was deeply and almost exclusively intellectual in nature, making sense of the world through fastidious reading, thinking and writing. 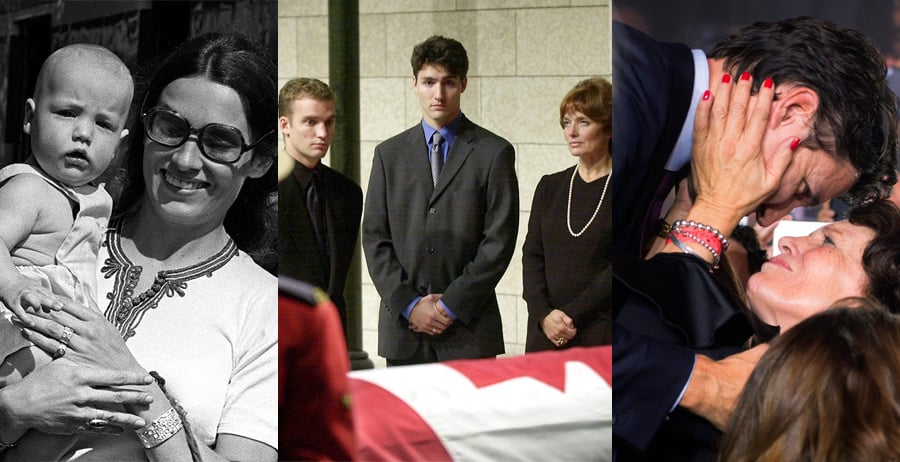 When the elder Trudeau died in 2000, it unmoored his son. In another snapshot of a private life lived in public, Justin stands next to his father’s casket, alongside his mother and his brother Sacha. All three of them are hollow-eyed, gazing into the middle distance. Though his mother had long since remarried, she and Pierre had always remained in each other’s emotional orbits. “Not many people get to lean on more than 30 million others when their dad passes away,” Justin wrote of that time of mourning.

There is another indelible photo of mother and son, this one from election night on Oct. 19, 2015. In this image, Justin, freshly elected as the 42nd prime minister of Canada, leans down from a stage to embrace his mother, who is standing amid a jubilant crowd of well-wishers. She plants one hand on his cheek and gazes up at him with the tearful, incredulous expression of a parent who can’t believe what’s become of the baby she once rocked. With the two of them captured in profile, it becomes obvious: the crinkled lines of joy around their eyes are identical. — Shannon Proudfoot