The world can't get enough of the Toronto Blue Jays

Worldwide, people are taking to Google to search for the Blue Jays. Even the most powerful man in the world isn't getting this much attention. 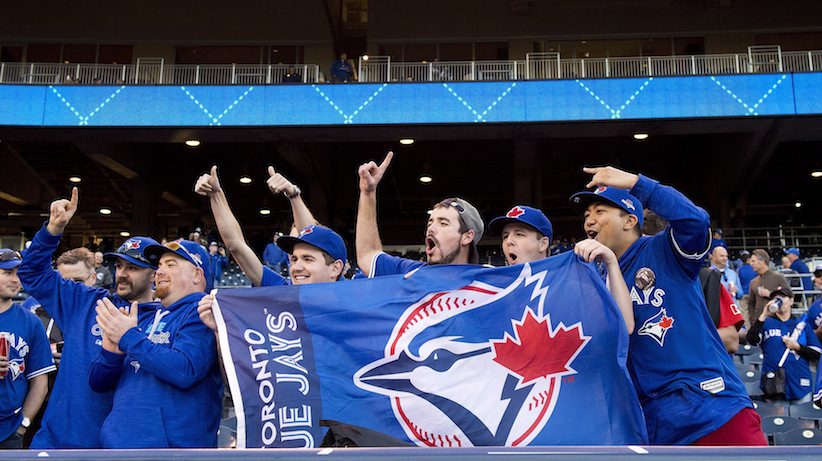 Even before the Blue Jay’s incredible victory over the Texas Rangers on Wednesday night, many outside the team’s traditional Canadian fan base were taking notice of their incredible season. But after that one game, the world’s attention is on the team like never before. How do we know this? By looking at what the world is searching for on Google.

For instance, President Barack Obama may be the most important and powerful person in the world, but global search interest in the Blue Jays has now passed him by. 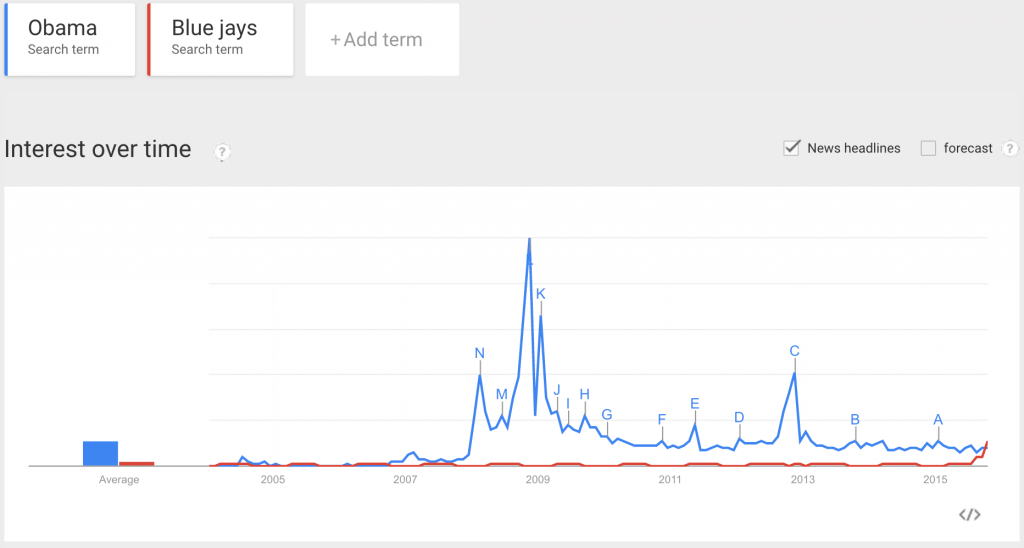 Canada is having an election. So are a lot of other places. Yet Google search interest in the Blue Jays has surpassed the word “election.” 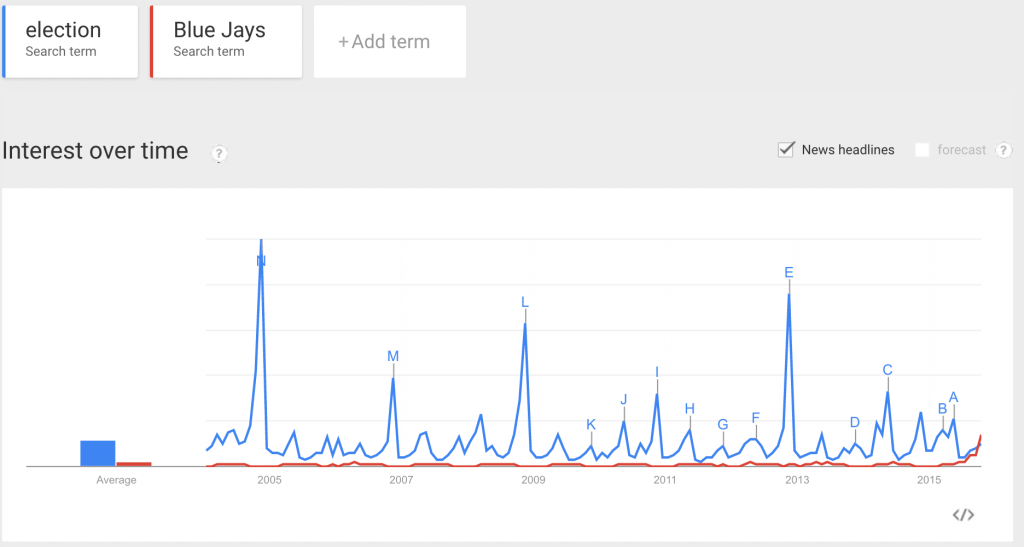 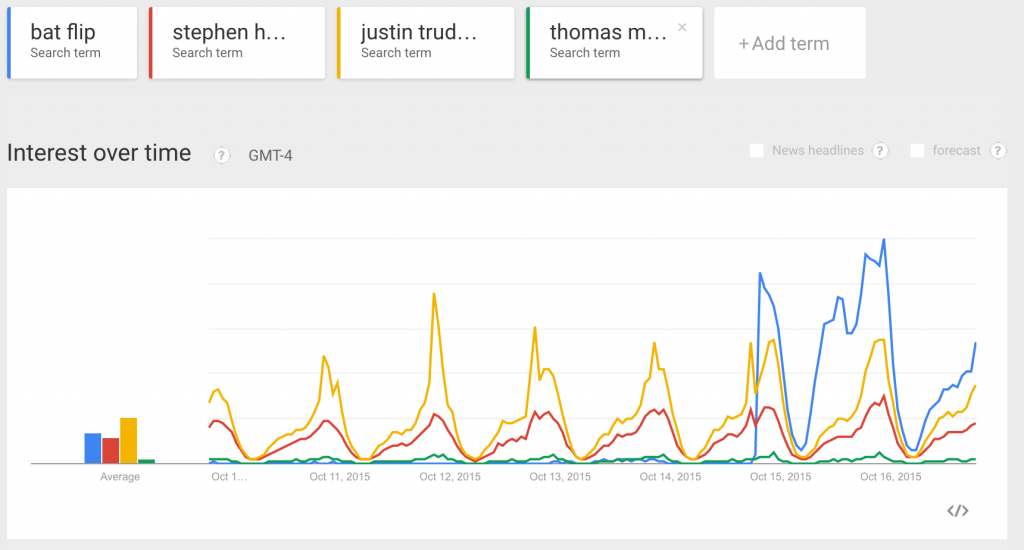 The global economy may be stalling, but for now search interest in the Blue Jays has overcome any fears about the “economy.” 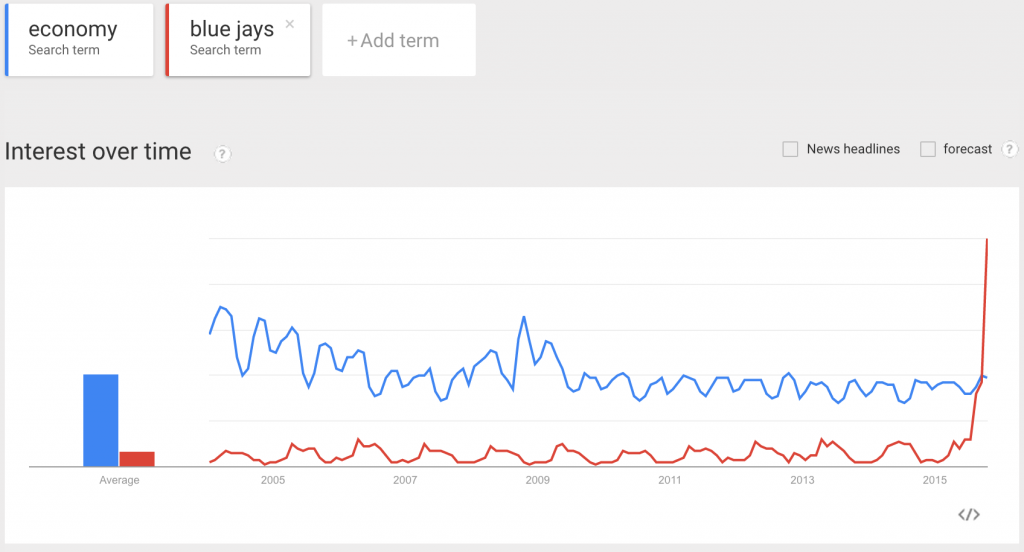 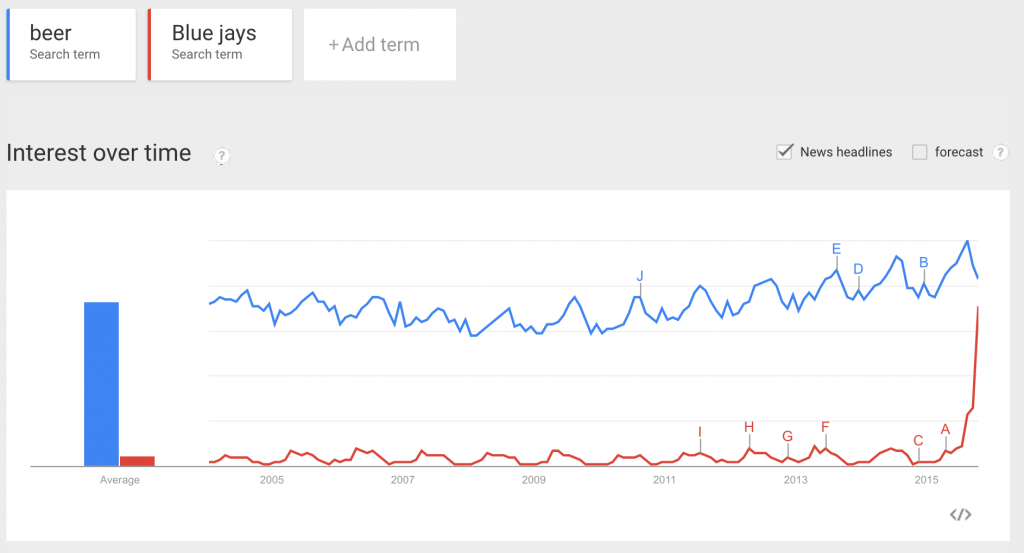 and to a lesser extent, even “war.” 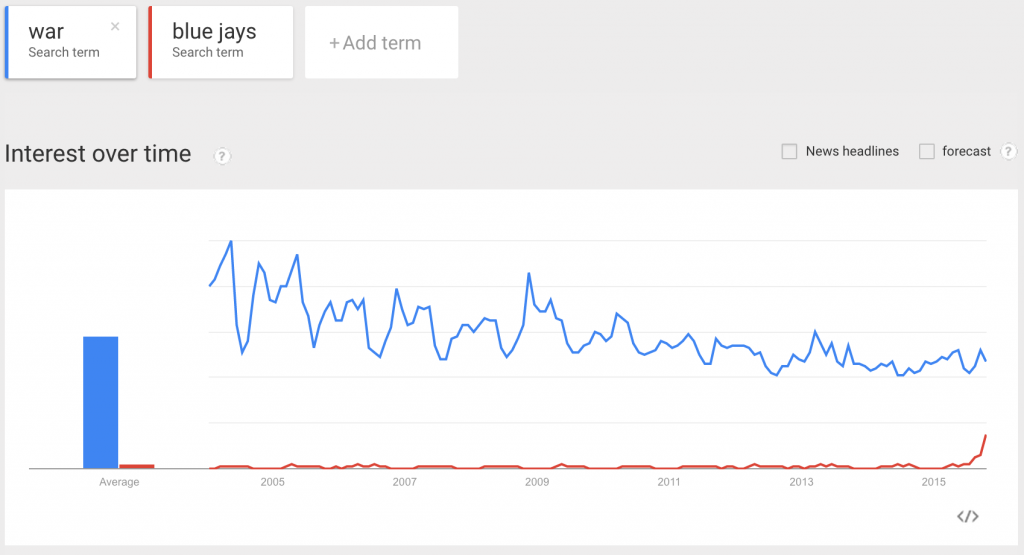 However, the Blue Jays still have a long way to go before catching up to the Internet’s main preoccupation.